Stopping Gender-Based Violence and Harassment at Work: The Campaign for an ILO Convention 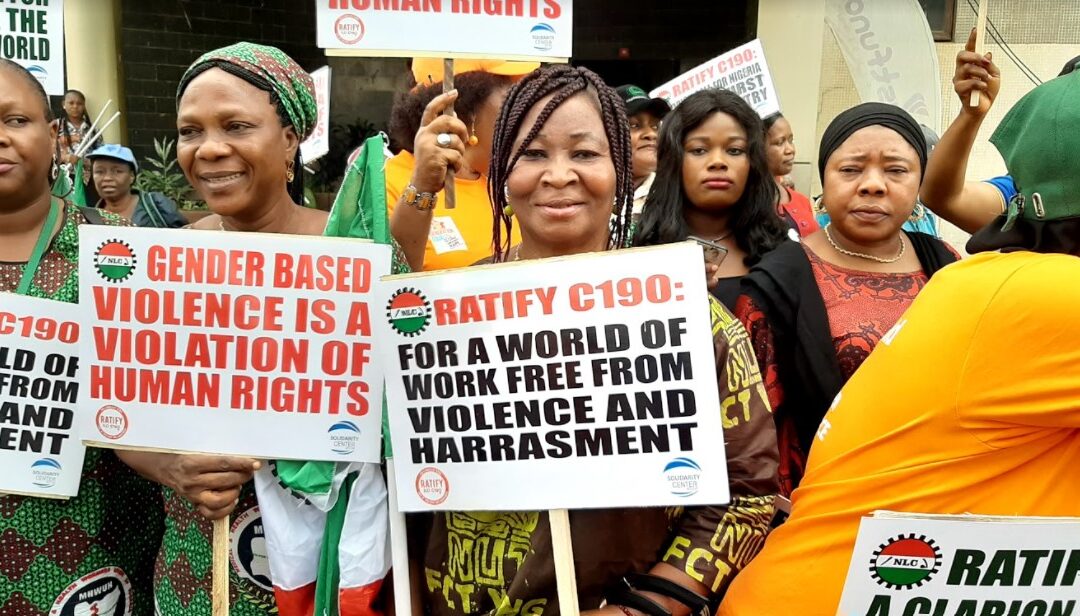 Georgetown University’s Kalmanovitz Initiative for Labor and the Working Poor and the Solidarity Center invite you to a virtual conversation and book launch.

In June 2019, the International Labor Organization adopted a ground-breaking global treaty on eliminating violence and harassment in the world of work, including gender-based harassment. This historic treaty was the result of a global grassroots, cross-movement campaign to end gender-based workplace violence led by women trade unionists and their allies. In their newly published book, Stopping Gender-Based Violence and Harassment at Work: The Campaign for an ILO Convention, Jane Pillinger, Robin Runge and Chidi King document the critical role of women and unions in achieving this landmark achievement.

Requests for accommodation should be submitted by April 20 to [email protected]. A good faith effort will be made to accommodate requests made after that date.