Essential Workers Summit: Building a Just Future for All 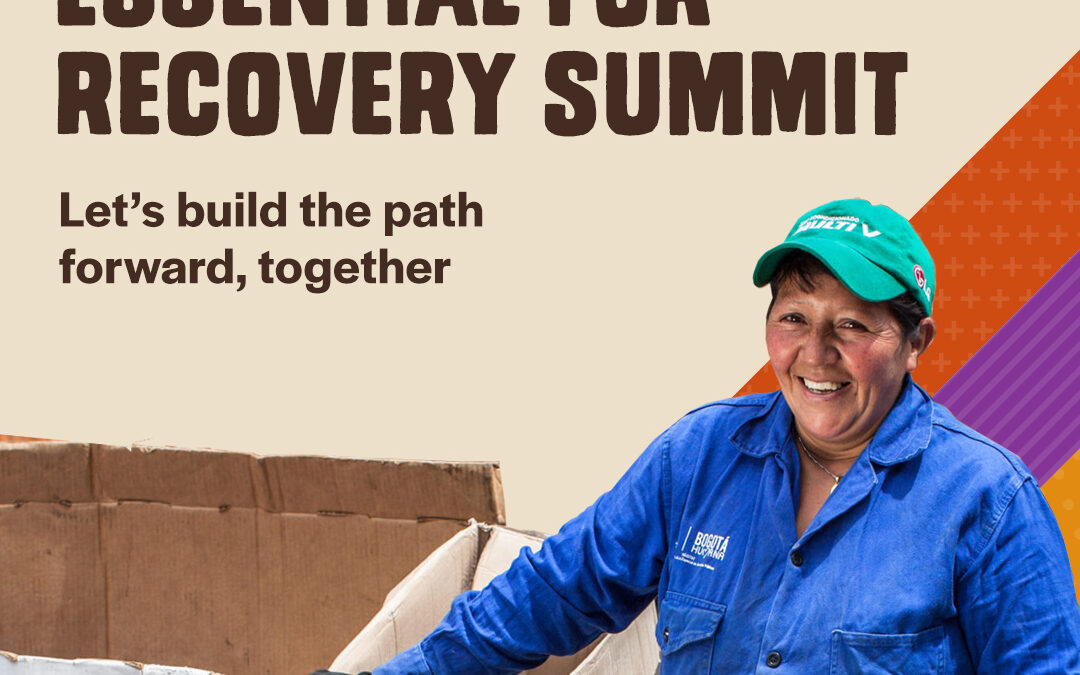 Workers who risked their health to provide essential services during the pandemic joined with actors, global union leaders and policymakers in a first-of-its-kind worldwide gathering to share their experiences and demand a response that urgently and effectively protects all people, and especially the most marginalized. 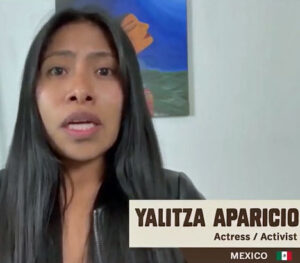 “COVID-19 has taught us about the importance of workers in all sectors and recognize that they deserve dignified work and they are important in the world economy,” said actor Yalitza Aparicio. “Governments know about this. But, what are they doing about it?” Aparicio was among dozens of speakers during the September 8–10 Essential For Recovery virtual summit who pointed to the need for action to ensure decent wages, rights and social protections like paid sick leave so workers deemed “essential” during the pandemic will not be left behind after the crisis passes.

As the Summit made clear, essential workers often work in the informal economy. “They have no rights, no minimum wages, no rule of law, no social protection,” said Sharan Burrow, general secretary of the International Trade Union Confederation (ITUC). “We have to get a minimum living wage to all essential workers. We have to afford them collective bargaining rights. And we have to put in place universal social protection in safe workplaces.”

Organized by the Open Society Foundations and hosted by actor Sophia Bush, Essential For Recovery focused on four themes: increased income and improved working conditions; healthy and safe workplaces and access to health care; social protection benefits and support for vulnerable workers; and ending gender-based violence and harassment at work. 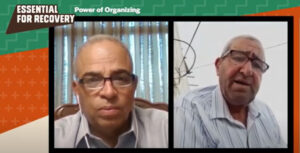 In Jordan, where workers have limited rights to form unions, Mithqal Zinati, a coordinator for the country’s agricultural sector, says the government’s action “keeps thousands and tens of thousands of workers from being part of providing solutions to the problems facing the agriculture sector. This eliminates the role of workers to defend their rights and protect their interests and to see beneficial gains.

“For everyone, having a union is very beneficial. For farmers and for workers at the same time.”

As the pandemic highlighted, workers with unions often more readily had access to personal protective equipment (PPE) and decent wages. Summit participants discussed the power of grassroots organizing to improve workers’ lives, and described how, over the last year, essential workers in the formal and informal economies went on strike to win access to PPE and vaccines. They took to the streets and to social media to demand more democratic societies and governments.

Maria do Carmo, a Brazilian street vendor, organized street vendors into a nationwide organization, the National Union of Hawkers, Street and Market Vendor Workers of Brazil (UNICAB), and through their collective power, raised awareness of their issues with politicians. “Today we have respect from City Hall,” she said.

“Over the past two days, we’ve seen proof of the effectiveness of collective action, and of the importance of eliminating gender inequities. But at the heart of it all is power,” said Bush, at the start of the third and final session.

The pandemic also forced many to work from home where women disproportionately engaged in care work. Globally, women lost $800 billion in income due to COVID-19.

Mercedes D’Alessandro, the first national director of Economy, Equality and Gender in Argentina, described a study in which she found that during the pandemic, three-quarters of women did unpaid care work, amounting to 22 percent of GDP—up from 16 percent of GDP before COVID-19.

“The truth is that the increase in time that women dedicate to care activities means also a smaller opportunity to go out and look for a job, continue with their jobs, develop their careers or study, graduate from university,” she said. 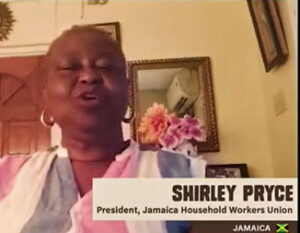 “Violence and harassment can happen anywhere, and it can happen to anyone,” said Shirley Pryce, president of the Jamaica Household Workers Union. “But this must not be tolerated. It must stop. Let us push together for governments to ratify this very important convention.”

C190 covers wherever work is performed, such as where workers take a rest break or meal or use sanitary, washing or changing facilities, and includes commuting to and from work.

“We are seeing a new normal. Home has become a workplace,” said Rose Omamo, general secretary of the Amalgamated Union of Kenya Metal Workers, a Solidarity Center partner. Employers must ensure workers have what they need to work from home, including safe workplaces, she said. 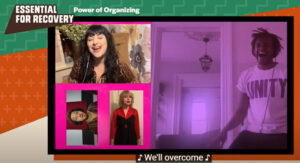 Artists like Sinkane performed during the Essential Worker Summit.

“I stand with all essential workers around the globe. The domestic and agricultural workers, waste pickers, street vendors, caregivers and home-based workers who make our world run,” said Sinkane, before performing U’Huh.

“During the pandemic, we saw how essential they really are. They deserve a living wage, proper employment conditions and a safe and healthy workplace,” he said. “Let’s build forward to a better, more equitable tomorrow.”