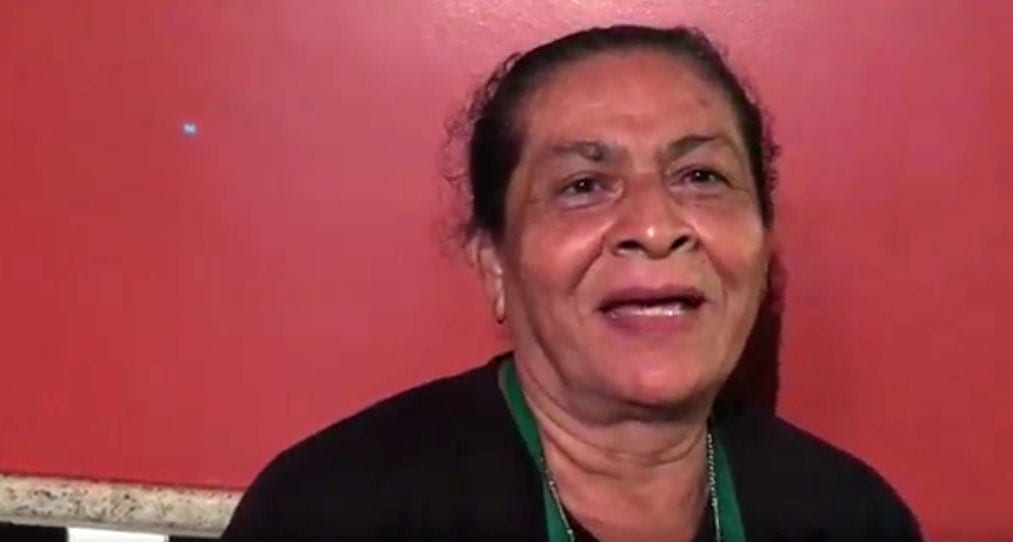 Esperanza Cardona, coordinator of the National Women’s Commission of La Via Campesina in Honduras, is working to end poverty through agrarian reforms and gender equality that will enable farmers to retain land rights. The organization represents two million women, 70 percent of whom live in poverty and 49 percent of whom live in extreme poverty, says Cardona.

“My name is Esperanza Cardona. I am from Honduras. I am the coordinator of the Comision Politica de Mujeres Campesinas (Policy Commission for Campesina Women). My organization is the National Women’s Commission of La Via Campesina in Honduras. It’s a mixed organization, one that fights for land rights and natural resources. We campesinos are worried about neoliberal policies that only bring us the violation of our lands and our rights, and exploitation of villages. [One such policy is] the modernization of agriculture law (approved in 1992), a law that only benefits large landholders and multinational companies … and the villages? The villages dying from hunger, poverty, malnutrition?

[In 2015], we women and our fellow campesinos, presented to the Congress a draft law on agrarian reform, food security and gender equity to replace the agriculture modernization law–which is only bringing us assassinations and discrimination. And still today, that law has yet to be considered. But we women—and the men working with us—are still fighting. And we are not going to stop confronting neoliberal policies. Latin American governments only care about money. They sell the best pasture, the best land, the best territory, and they only think about the accumulation of capital. And that’s why we women are going to keep fighting. We can’t stand any more hunger, any more poverty, any more child malnutrition, any more violations. In my country, Honduras, there’s a company that for 26 years producing corn and beans. Then one day a guy came—his name was Salvador (Savior) and expropriated their land. They brought in a lot of military. People were forcibly evicted from their land. This is the result of neoliberal policies. They are doing us great harm. This is why there is migration to the bigger cities or to countries to the north. And what do our governments do? That’s why today, I am asking women to reorganize to confront neoliberal policies. Otherwise, what are we going to do?”