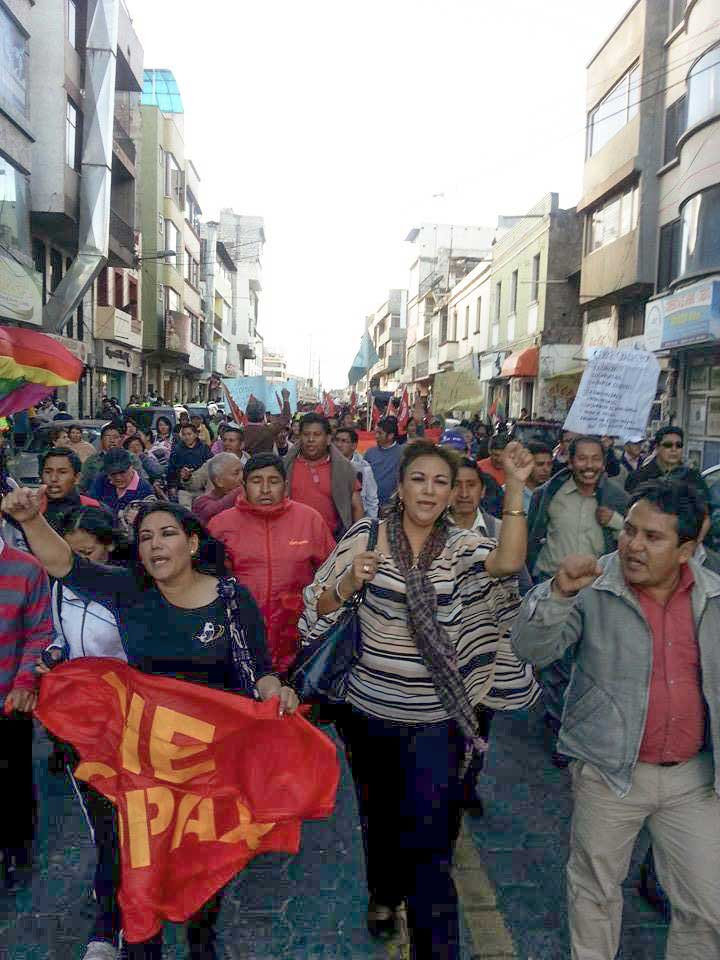 More than 20,000 trade union members and other Ecuadorans protested regressive government reforms in Quito, the capital, last week, with simultaneous marches in seven other cities.

Those taking part in the rallies oppose proposed constitutional amendments, such as one which would deny new civil service employees rights under the country’s Labor Code, and they object to efforts to pass a proposed Labor Relations Law (Ley Orgánica de Relaciones Laborales) before details of the law are made public.

They also oppose the president’s Executive Decree 16, passed in June 2013, which subjects all nongovernmental organizations to increased oversight and gives the executive branch broad powers to dissolve organizations that it says threaten public peace or interfere with public policy.

The proposed Labor Relations Law has not been open to civil society input since it was announced by the Ministry of Labor in May 2013. It is expected to move to the legislature in November.

Provincial government unions active in the Inter-Union Committee also sent delegations of workers to participate in the marches in Quito, including workers from Azuay, Guayas, Morona, Pastaza and Imbabura.