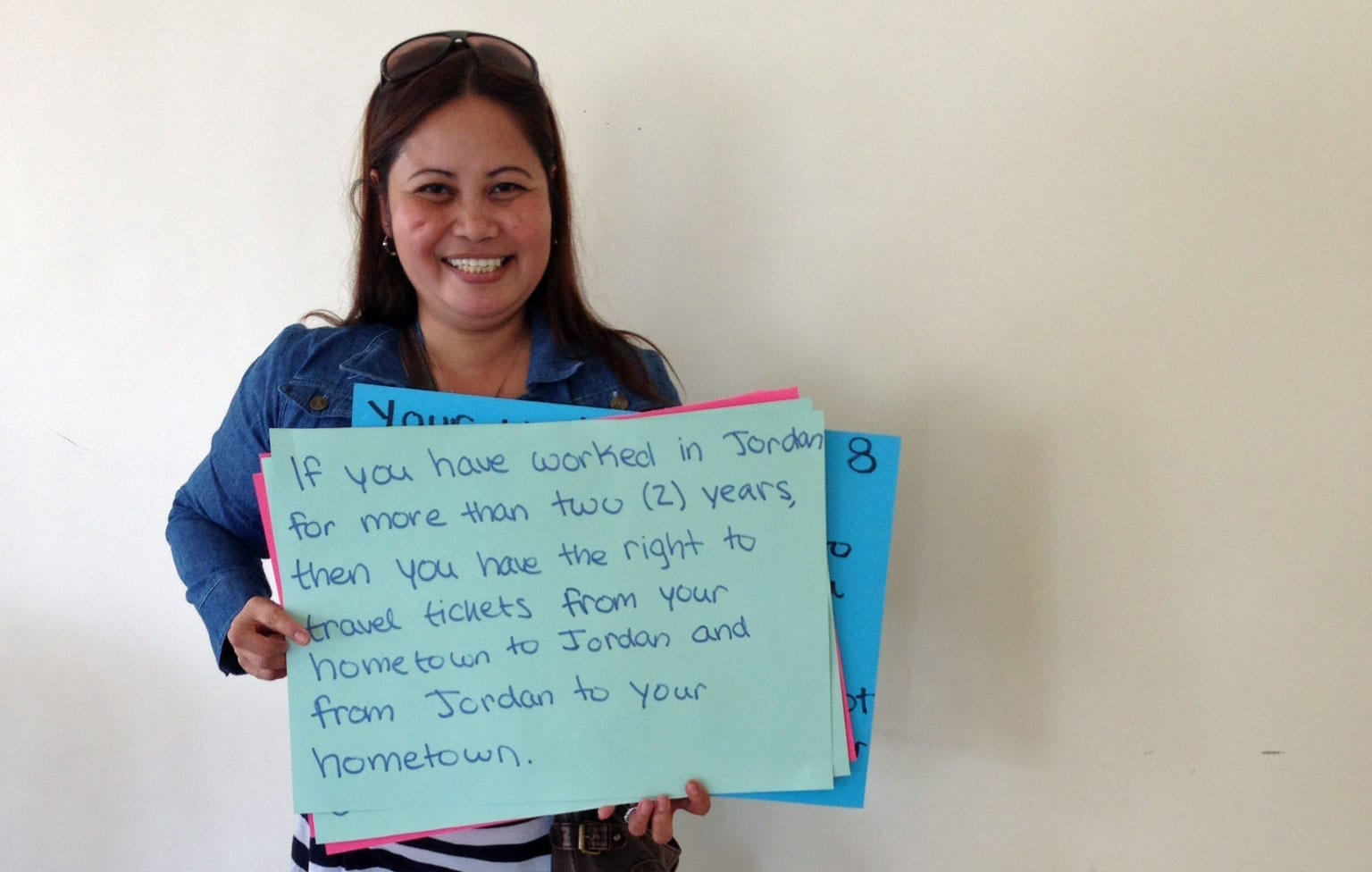 On a trip to Kuwait two years ago, Nisha Varia from Human Rights Watch visited a hospital where two rooms were filled with injured domestic workers who had tried to escape from their employers’ homes. Trapped in abusive situations, the women jumped from windows or were beaten by employers as they sought to leave.

The experience for domestic workers in Middle Eastern Gulf states, and in many countries around the world, has not significantly improved since then, said Varia and others at a recent panel in Washington, D.C., “Migrant Workers in the Gulf States: Transnational Policy Responses to Protect Labor Rights.”

In the Gulf, “employers feel they have bought domestic workers because they paid the recruitment fee,” Varia said. The situation is exacerbated in Gulf countries by the kefala system, which ties employment of foreign workers to their employers, and makes it illegal for workers to get another job in the country. Employers also typically take the passports of domestic workers, who toil unseen from the public and are especially vulnerable to abuse.

June 16, International Domestic Workers Day, marks the fourth anniversary of the adoption of the United Nations Convention 189 on Domestic Workers, a landmark standard championed by unions, civil society groups and human rights organizations worldwide. Its passage signaled the global community’s recognition that the 53 million workers who labor in households, often in isolation and at risk of exploitation and abuse, deserve full protection of labor laws.

The historic action indicated the recognition that domestic workers, 83 percent of whom are women, perform work—and that entails rights equal to all other wage earners. Eighteen countries have ratified the Convention since its passage. (ILO resources for and information on domestic workers here.)

In Jordan, the Solidarity Center is assisting domestic workers build support for their rights on the job. In a first-of-its-kind network, some 250 domestic workers meet regularly, with translation conducted simultaneously in three, or sometimes four, languages. The Domestic Workers Network in Jordan is cooperating with the International Domestic Workers Federation (IDWF), which formed to help push the ILO Domestic Workers convention and which now represents workers around the world.

Panel participants pointed to the common experiences of those who migrate for jobs, especially domestic workers. After they arrive in the destination country, their cell phones often are confiscated and contact with their families is limited. They are completely excluded from the country’s labor laws, typically do not get any days off and generally do not receive the wage they were promised.

Varia likened the experience of migrant domestic workers to abusive domestic violence situations in which employers exert power by withholding food from domestic workers and force them to sleep on the floor or in closet-like spaces.

In their studies, panelists found that when migrant workers understand their rights before they migrate, they are more likely to leave abusive situations quickly, indicating the value of programs that educate domestic workers and other potential migrants in their home countries.

A better solution, they agreed, is the availability of employment at home.