Decent Work Means Employment and Rights on the Job 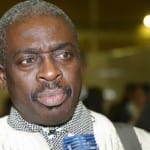 During this week’s U.S.-Africa Summit with heads of state in Washington, D.C., more than 40 African trade union leaders took part in parallel meetings to call on U.S. and African leaders to adopt a decent work agenda for trade and economic growth.

In interview with RadioLabour, Kwasi Adu-Amankwah, general-secretary of the International Trade Union Confederation-Africa, discussed the focus on decent work

“Decent work … refers to the need for employment, but when people are employed, they have to have rights,” Adu-Amankwah said.

“Employment is one pillar of decent work, and the existence of worker rights also is another pillar,” Adu-Amankwah said, citing social protection as the third part of a decent work agenda.

“Then there is a question of social dialogue—when people are at work, they must have rights to speak out. So they must be able to organize and to bargain collectively.”