Decent Work Forum: ‘With a Union, We May Fight Together’ 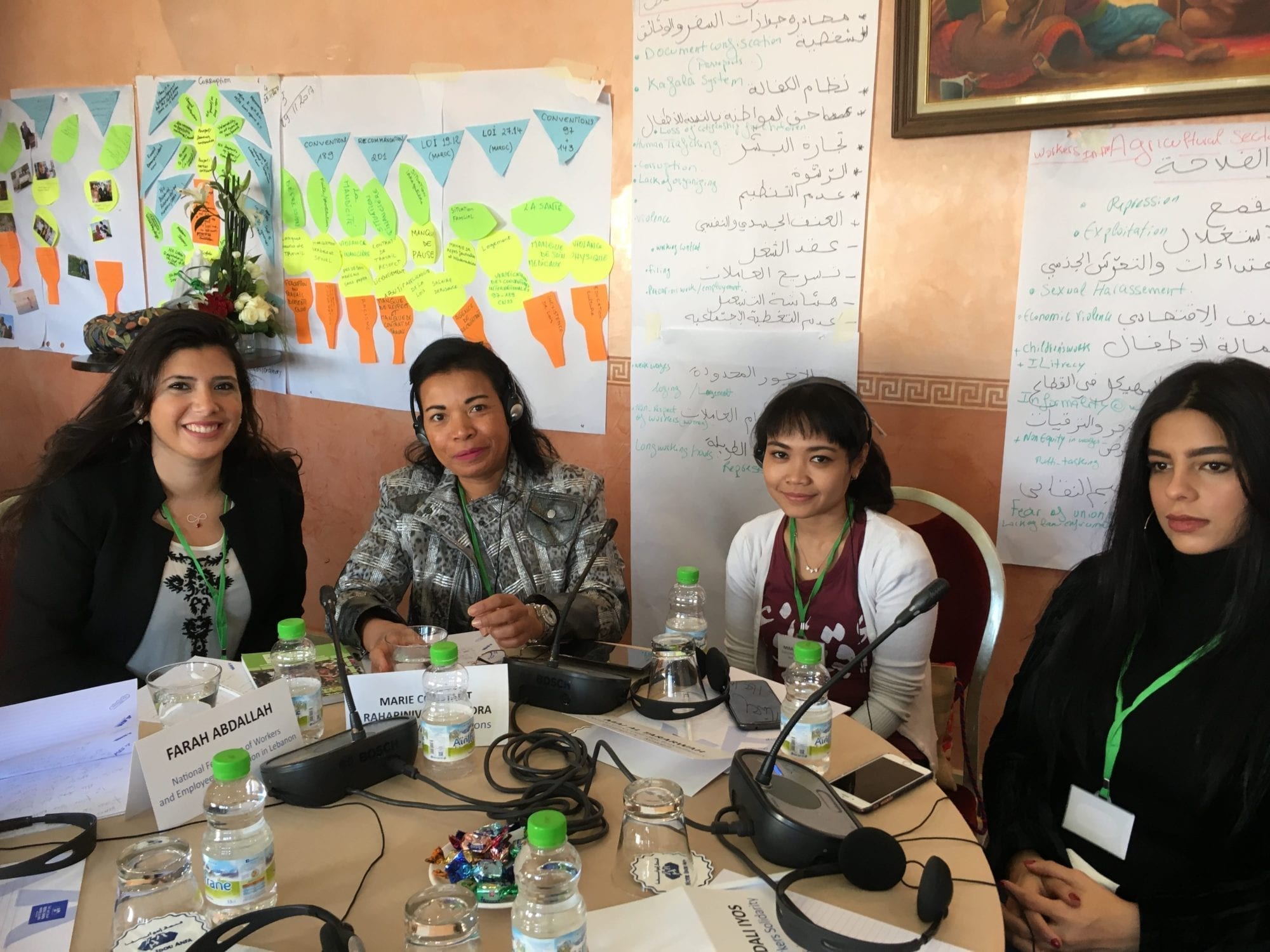 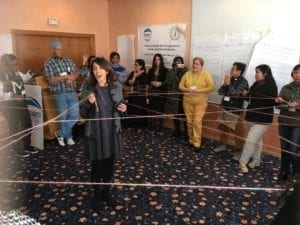 Ending human trafficking. Ensuring all employers treat workers fairly. Giving voice to migrant workers around the world. Creating a world in which women are treated equally to men.

These are some of the broad goals participants at the Solidarity Center Forum on Decent Work Forum for Agricultural Women and Domestic Workers identified in a morning ice breaker on the final day of the November 29–December 1 conference in Casablanca.

Some 30 participants at the conference then explored how to put their hopes and dreams into action, building on two days’ discussions in which they shared their challenges and successes in winning worker rights on farms and in households throughout the Middle East and North Africa.

Sponsored by the Solidarity Center and the Democratic Labor Confederation (CDT) in Morocco, the Forum includes representatives of unions and worker associations from Jordan, Kuwait, Lebanon and Morocco. 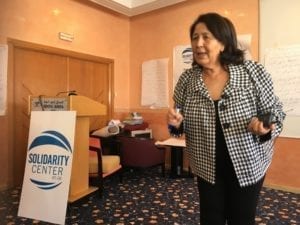 Participants proposed lobbying government and advocating for national laws covering worker rights as key steps forward. For instance, several participants discussed the need to press for an end to the kefala sponsorship system in Arab Gulf countries which ties migrant workers to their employers, effectively denying them all fundamental rights.

Campaigning for ratification of International Labor Organization (ILO) conventions like those covering domestic worker rights also is key, participants say, as is regulating labor brokers who often charge migrant workers exorbitant fees and give them false information on wages and working conditions.

Yet as Kalthoum Barkallah pointed out, it takes collective action to successfully press for laws and create broad change. And collective action means workers joining together in unions or associations—and connecting with other kindred groups.

“One association cannot achieve a lot. You must have a network of people and organizations for our lobbying efforts to be strong enough to change the mind of decision makers,” says Barkallah, Solidarity Center senior program officer in Tunisia, who led the day’s sessions. 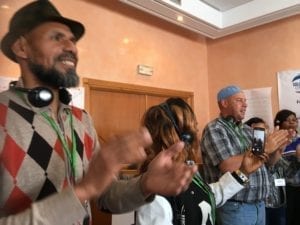 “We have seen throughout our conference that the conditions for decent work do not exist in many places. It is incumbent upon us as civil society to address that.”

“No worker is an unorganizable,” says Elizabeth Tang, general secretary for the International Domestic Workers Federation (IDWF), sharing her experiences working with domestic workers in Hong Kong, SAR and around the world. “Women, men, migrant, old, young—they all can join unions, they can all be organized.”

Tang gave the example of Malaysia, where it is not legal for migrant workers to form unions. Yet domestic workers “take great risk to win their rights” and have now formed an organization and are the newest IDWF affiliate.

Farm workers in Meknes El Hajeb, Morocco, described how they improved their working conditions through collective bargaining, and domestic workers from across the region shared how the abuse they endured in employer households ended when they joined unions and became covered by contracts.

The bottom line, says Marie Constant, a domestic worker from Madagascar working in Lebanon: “Within a union one may fight together.” 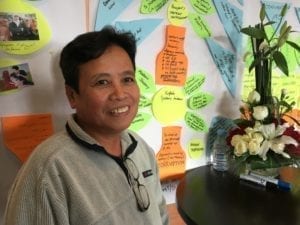 For forum participants, the conference served as a springboard for moving forward with strategies for carrying out campaigns to improve the rights of domestic workers and farm workers.

“This dialogue is not going to stop here,” says Saida Ouaid, CDT executive board member and coordinator for programs covering women and migration. “It will be further conveyed here through our institutions.”

“I have learned a lot from this forum and I will able to share it with my fellow domestic workers in Jordan,” says Adoracion Salvador Bunag, a domestic worker from the Philippines working in Morocco.

“As we move forward we will implement what we learned here,” says Hanan Laawina, a Morocco farm worker in Meknes El Hajeb.

“What is being talked about here is kind of stuff that is real and when I go back to work, I can speak from a position of strength when advocating for our rights,” she says.