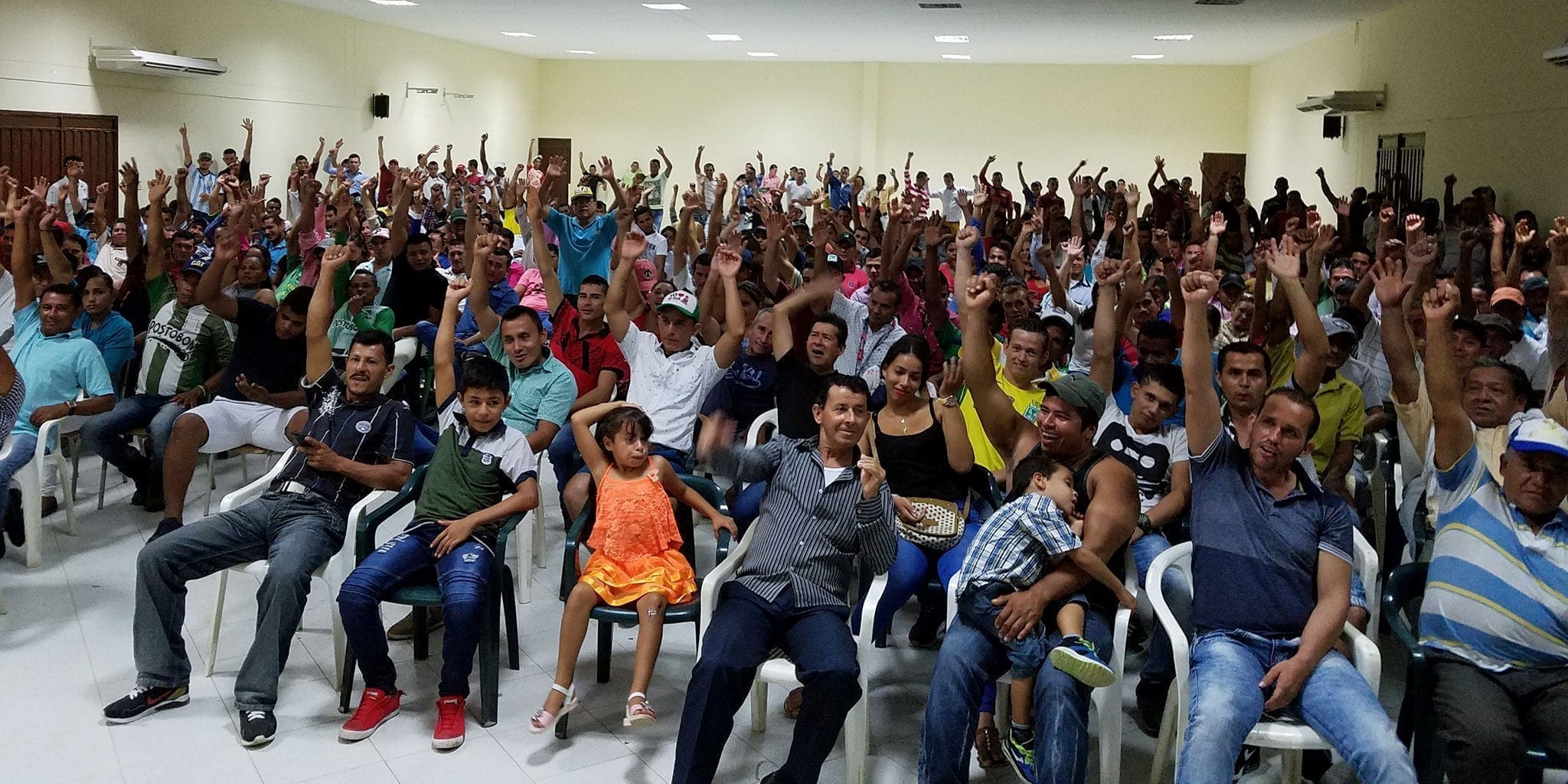 After years of hardship for workers due to illegal corporate employment practices and a lack of recognition of their rights, a Colombian union of subcontracted palm workers won direct employment contracts for 730 of its members. Successful negotiations followed a 20-day strike earlier this year that brought management of the largest palm oil producer in the country, Indupalma, to the table. 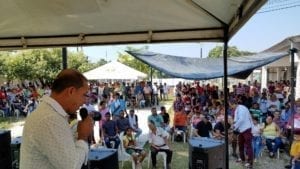 Last year, the palm oil workers formed the General Union of Third-Party Agribusiness Workers (UGTTA). Despite the region’s history of threats and violence against workers who form unions, the UGTTA has grown from 248 to some 1,010 members. The union reports four members received death threats in 2018.

The Ministry of Labor determined in 2016 that Indupalma illegally subcontracted the majority of its 1,200-person workforce. The company imposed a model of phony cooperatives, essentially classifying workers as owners without labor rights or decent working conditions. As subcontracted workers, the palm oil workers had no rights under Colombia’s labor laws, including the minimum wage, freedom of association and the right to negotiate working conditions. They walked off the job outside San Alberto January 25 to demand formal work status.

Beginning in 2017, a broad coalition of palm workers’ unions known as the Worker Pact (Pacto Obrero) provided critical organizing and advocacy support, which, in addition to a sound legal strategy and international pressure, prompted the Ministry of Labor to intervene and facilitate a negotiation that led to a formalization accord between UGTTA and Indupalma.

The accord finalized on March 15 calls for the creation of two new affiliate companies (with sufficient capital and investment to meet legal obligations to the workforce) that will directly employ workers from two Indupalma work sites in the Magdalena Medio region. The accord also explicitly abolishes the use of the cooperative model. This process is to be completed by August 2018.

The union unanimously ratified the accord and has expressed deep gratitude for the solidarity it has received. The 730 members who will become direct employees will enjoy the full protection of the labor law and will be entitled to the minimum wage, social security benefits, health and safety standards, and organizing and collective bargaining rights. This win has lifted the entire San Alberto community, as families anticipate that improved wages and job security will provide additional resources that benefit their households and help educate their children.

The Solidarity Center will continue to work alongside the UGTTA and Pacto Obrero to monitor enforcement of the accord.