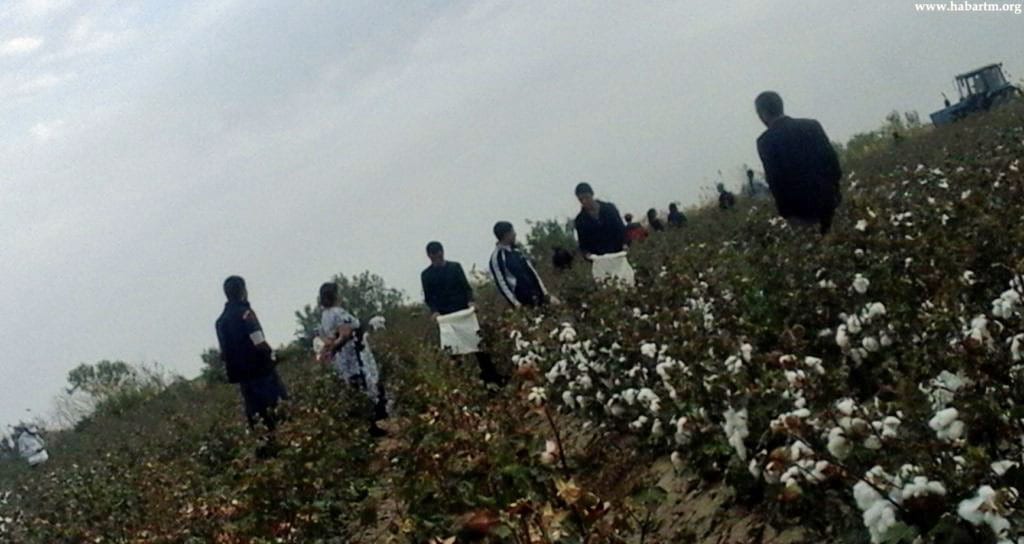 Truckloads of children were sent to pick cotton during the Turkmenistan fall harvest, according to a new report by the Alternative Turkmenistan News (ATN), an independent media and human rights organization. The children, along with tens of thousands of civil servants, including pregnant teachers, were forced to pick cotton for weeks in a government-led mass mobilization of forced labor that began August 15 and lasted through December.

In a secret order, “the local education department even sent a memo to the schools in [Ruhabat and Baharly] districts to organize the mobilization of children for the harvest during the fall break,” according to the report. ATN sources also reported a massive use of forced and child labor in several districts of Dashoguz, Lebap and Mary provinces. 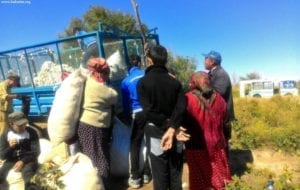 “The cotton harvest feels like serfdom because you go to work in a rich man’s land”—public utility worker. Credit: ATN

A teacher told ATN that pregnant teachers showed their principal a doctor’s certificate to be excused from field work, but the principal forced them to go—and ramped up their cotton collection quota from 110 pounds a day to 132 pounds. Another source reports officials at institutions, like local schools, financially benefit from the use of forced labor.

A public utility service worker in Dashoguz province told ATN that if workers refused to pick cotton, they will lose their job. “The boss will happily hire someone else for your job and even get a bribe for it. Unemployment is so high in Dashoguz that bosses won’t have hard time finding your replacement.”

Although most of the cotton harvest takes place on government-run land, scores of cotton pickers also say they were forced to work in either private fields or lands leased long-term by wealthy landlords or high government officials. “The cotton harvest feels like serfdom because you go to work in a rich man’s land,” says the public utility worker.

The Turkmen government “tightly controls all aspects of public life and systematically denies freedoms of association, expression and religion,” according to Human Rights Watch. Gaspar Matalaev, an activist who provided photographs documenting child labor during Turkmenistan’s cotton harvest, was arrested in 2016 and is serving a three-year prison sentence on trumped-up fraud charges. He has reportedly been subjected to torture by electric current to force him to confess to false charges of minor fraud.

Turkmenistan remained in the lowest ranking in the U.S. State Department’s 2017 Trafficking in Persons Report, meaning the government does not comply with minimum U.S. Trafficking Victims and Protection Act (TVPA) standards and is not making significant efforts to become compliant.

The Turkmenistan government “continued to use the forced labor of reportedly tens of thousands of its adult citizens in the harvest during the reporting period,” according to the report. “It actively dissuaded monitoring of the harvest by independent observers through harassment, detention, penalization, and, in some cases, physical abuse.”

In neighboring Uzbekistan, where 1 million public employees are forced to pick cotton each fall harvest, children also were forced into the fields this past fall. The government had stopped the practice in recent years following campaigns by international human rights organizations, low rankings in the US Trafficking in Persons Report and threats by the World Bank to curtail funding.