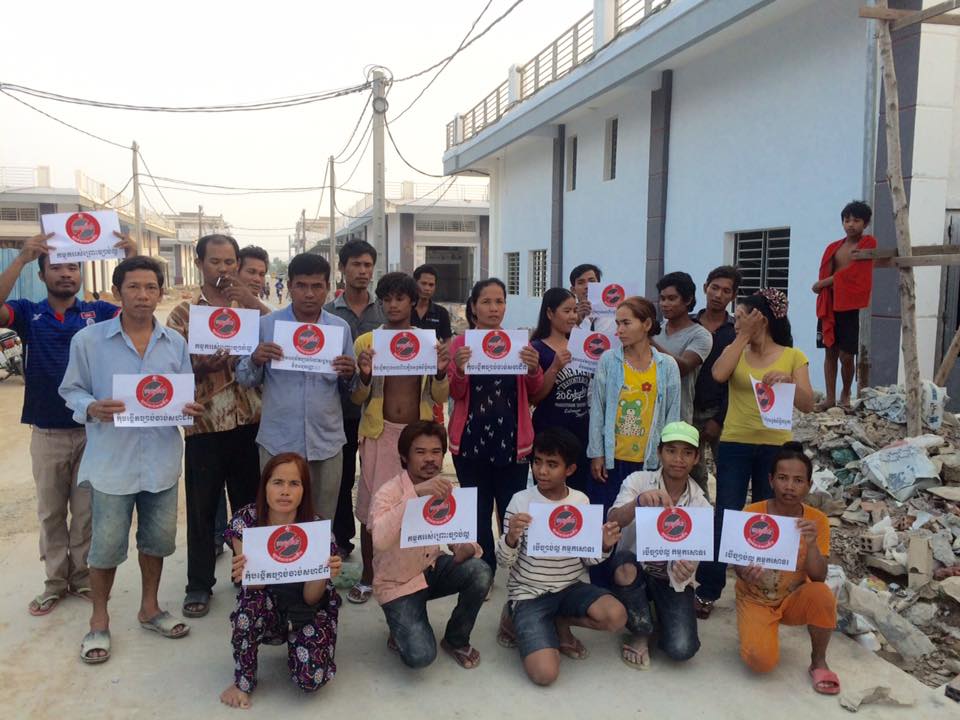 Workers across Cambodia are waging rallies to protest a draft labor law that, according to the International Trade Union Confederation (ITUC), does not meet basic worker rights standards under international law.

Carrying signs reading, “Do not create a law that oppresses worker rights” and “Workers survive because of good laws,” workers are taking a stand against the law that, if passed, would violate International Labor Organization (ILO) standards on freedom of association and protection for the right to form unions (Convention 87) and the right to bargain collectively (Convention 98). 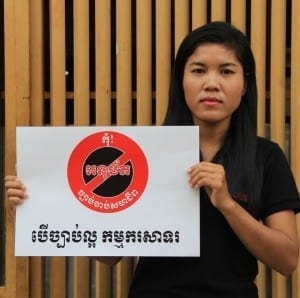 Cambodia’s draft labor law would make it easier for the government to break up unions. Credit: Um Mumsreypech

Workers from a wide variety of jobs also are posting on Facebook images of themselves and their co-workers with signs urging the government to pass a law that respects the rights of workers. (You also can follow the actions on Twitter with the hashtag #SayNoUnionLaw.)

In a letter sent this month to Cambodian Prime Minister Hun Sen, ITUC General Secretary Sharan Burrow urged the Cambodian government to work with unions to ensure the law is consistent with international labor standards. “We shall oppose any law which does not fully respect these rights,” Burrow wrote.

For instance, a strike would be legal only if approved by more than 50 percent of participants at a union meeting where more than half the union members are present—effectively making strikes impossible for unions with several thousand members.

The strike provision would especially impact the nation’s 700,000 garment workers, limiting their ability to seek improvements at the workplace. A Human Rights Watch report last year found that many Cambodian garment factories repeatedly violated fundamental worker rights, such as issuing unlawful short-term contracts to intimidate and control workers, and to avoid paying maternity leave and other benefits to the predominantly female workforce.

Ath Thorn, president of the Coalition of Cambodian Apparel Workers Democratic Union, told The Cambodia Daily that the limitations on calling a strike are a big concern. “In the Constitution, even one person can make a strike or demonstration,” he said. The Constitution says the right to strike and demonstrate “shall be exercised within the framework of law.”

The draft law also would enable courts to break up unions for infractions committed by a union leader.

Workers and their unions, along with community advocates, had worked on a draft trade union law several years ago that incorporated fundamental worker rights, but the draft died on the desks of the Council of Ministers. Cambodia union leaders say the current draft was compiled with minimal input from workers and their unions. It now goes before the National Assembly April 4.