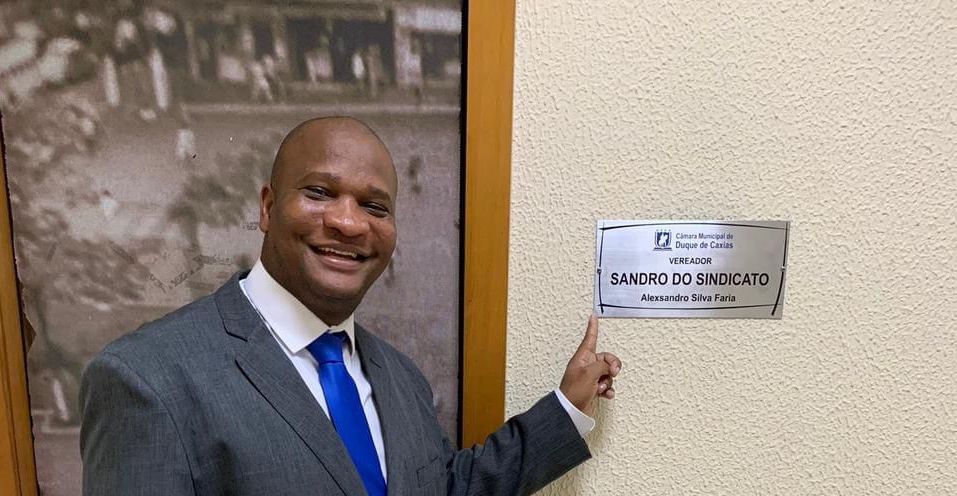 Afro-Brazilian union leader and city councilman Alexsandro Faria was murdered on October 13, 2021. Known as Sandro do Sindicato–or Sandro from the Union–Faria was on his way to a worker assembly when he was shot dead while driving a van in Duque de Caxias, the section of Rio de Janeiro where he lived.

Faria was the third city councilor in Duque to be killed this year. In 2018, Marielle Franco, a progressive Afro-Brazilian and lesbian city councilor representing one of Rio’s poorest districts, was assassinated, leading to global denunciations.

All SITICOMMM leaders are in solidarity with his family and friends and deeply regret the loss of their loved one.

We emphasize the daily struggle of our comrade Sandro in defense of workers, especially in our city of Duque de Caxias, while he was acting as Union Director.

We also highlight his brief role as elected councilor with the support of 3,247 voters. In a short time in office, he was already bringing changes to the entire city, especially to the Pilar neighborhood.

Comrade Sandro is the third city councilor murdered this year in our municipality. These and other crimes need to be elucidated by the police, as they are a serious attack on the rule of law and democracy. These barbaric crimes cannot go unpunished!

Black, humble, who fought tirelessly for the workers, Sandro do Sindicato.

“This is a huge loss,” says Solidarity Center Brazil Country Program Director Gonzalo Martinez de Vedia. “Sandro was a worker who moved up to lead a union, an Afro-Brazilian whose connections to the grassroots brought him to public office. That his career ended this way and that he is the third not to finish his term in that same position due to murder sends a troubling message to others aspiring to that path who come from similar backgrounds.”

The union is following the investigation into Faria’s murder closely. The International Trade Union Confederation ranks Brazil among the 10 worst countries in the world for worker rights, noting two murders of union leaders in 2020 as one of the drivers of this ranking.

Faria was buried at the Nossa Senhora do Pilar Cemetery, in Duque de Caxias, Thursday, October 14, 2021.