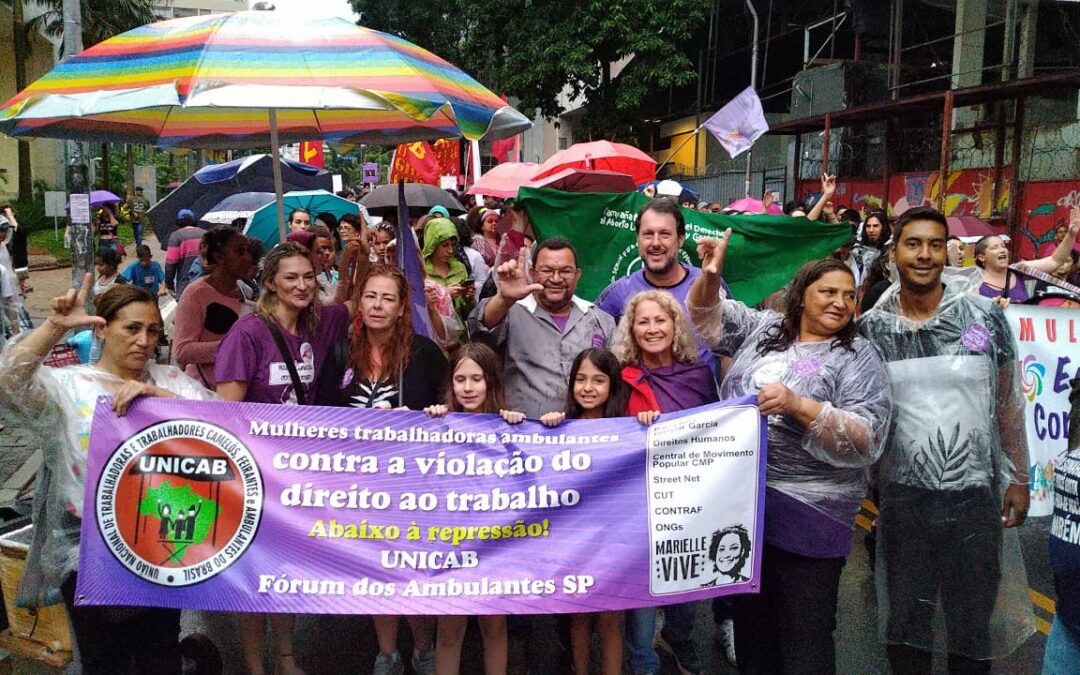 Millions of street vendors worldwide lost their livelihoods nearly overnight during the pandemic, unable to sell in open markets during lockdowns or unwilling to risk their health to do so.

But street vendors in Brazil, through the National Union of Street Vendors Workers (UNICAB), achieved basic emergency income to ensure they could survive. UNICAB went on to collect sufficient signatures from members of the Brazil National Congress to create a Parliamentary Front to defend informal traders’ rights, marking the first time they will be represented at the national level.

“We had many successes this year during the pandemic,” says Maria do Carmo, a street vendor and leader of the United Camelôs Movement (MUCA) in Rio de Janeiro. MUCA, organized by do Carmo in 2003, has further built its collective strength by joining UNICAB, a countrywide association formed in 2014.

Do Carmo says she is most proud of MUCA’s victory in convincing city officials to not charge customary fees during the pandemic because vendors sold so little. “We did it with a lot of protest—going to the town hall and participating in public debate.

“A good success is a collective one.” 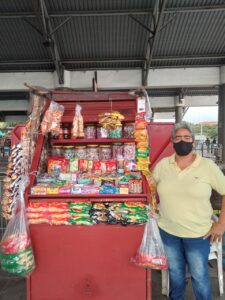 Marli Almeida is among many street vendors in Brazil seeking basic rights on the job. Credit: UNICAB

In September, informal economy workers joined in a first-of-its-kind worldwide gathering to outline a vision for a just economic recovery that ensures protections for workers and advances worker rights. Over three days, the Essential For Recovery summit brought together well-known actors, global union leaders and policymakers who talked with street vendors, domestic workers, farm workers and others who shared their experiences and demanded a response that urgently and effectively protects the most marginalized.

Many Essential For Recovery participants pointed to workers joining together in unions and associations as one of the most effective means for achieving rights. In Rio, do Carmo and other street vendors further showed the power of collective action during the pandemic when they successfully lobbied the municipal government to stop police from confiscating vendors’ merchandise as means of harassment.

“After MUCA joined UNICAB, we saw we had more presence, we are more respected in the state [of Rio] because of strength of UNICAB,” she says. Through the organization, street vendors connect with each other across the country, learn about available resources and join together to advocate for their rights at the local and national levels. (Check out UNICAB’s podcast with street vendors, in Portuguese). 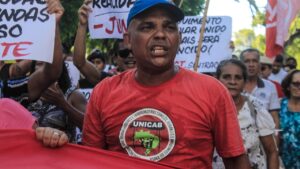 Street vendors are part of the global economy’s vast and growing informal workforce—61 percent of all workers are in the informal economy, where they rarely have paid sick leave, safe jobs or access to affordable health care. Street violence—especially from police and other local officials—is the biggest problem they face in Brazil and worldwide, says Maira Villas-Bôas Vannuchi, organizer of StreetNet International for the Americas. Street vendors, the majority of whom are women in many countries, are especially vulnerable, exposed to extreme heat or cold, often with no access to toilets or clean water.

“Many women, single mothers, had to go work in the streets because that was the option they had,” says do Carmo.

Two weeks after giving birth, Maria do Carmo returned to the streets of downtown Rio, where she sells women’s clothes. The police, who street vendors there say regularly abuse them verbally and physically, assaulted do Carmo.

“They beat me up pretty hard,” she says. “I was injured and had to take leave from work.”

It took do Carmo a month before she was healed sufficiently to return to her job, but when she did, she was determined to fight for the rights of street vendors to make a living. Do Carmo went on to organize street vendors across the city in MUCA.

“Street vendors are workers without rights,” says Vannuchi. “They work every day, they contribute to the economy of the country, but they are not recognized as workers.”

Connecting with and organizing street vendors who work on different days and at varied hours spread across cities and along roads was challenging—and involved many arrests as local officials sought to disrupt their efforts to gain political and social rights, with police targeting leaders like do Carmo. MUCA and UNICAB are now part of StreetNet International, a global alliance of street vendors launched in South Africa in 2002.

Do Carmo ran for office in Rio and although she did not win the election, she says the visibility of her campaign and the efforts of other vendors to win office brings their issues to the attention of the public and lawmakers. “Today we have respect from City Hall,” she says.

A single mother, do Carmo has supported four children with her work and plans to remain a street vendor, despite her organizational involvement and efforts to seek elective office. She emphasizes that street vending is a job many want and need to do—but in decent conditions and with respect.

“A good future will be a future when street vendors—all of them—have confidence in the value of their work, when society considers what we do is work and when our work is appreciated by society, and we are not marginalized as we are now.”