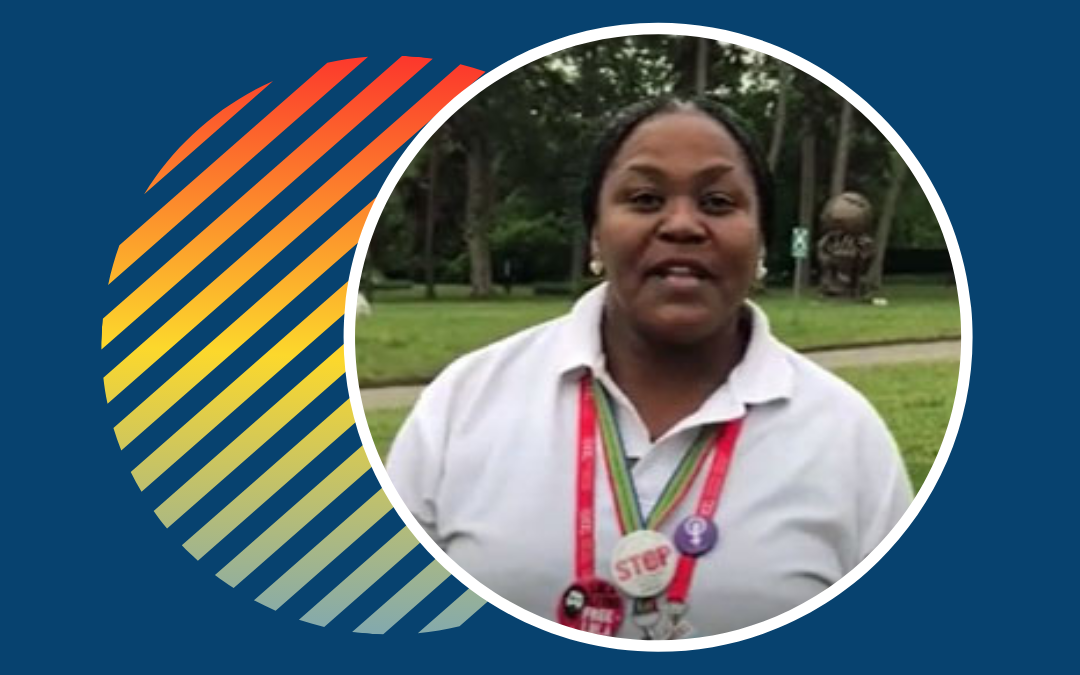 Brenda Modise, a union activist in South Africa, discusses the campaign to end gender-based violence at work on The Solidarity Center Podcast.

Modise spoke with Solidarity Center Executive Director Shawna Bader-Blau in first episode of The Solidarity Center Podcast, “Billions of Us, One Just Future,” which highlights conversations with workers (and other smart people) worldwide shaping the workplace for the better.

(Join us for a new episode each Wednesday at iTunes, Spotify, Amazon, Stitcher or wherever you listen to your podcasts. )

Front-line Leaders Building a Future Inclusive of All Workers 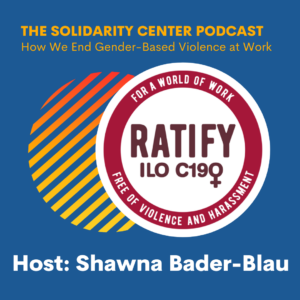 The Solidarity Center Podcast’s seven-episode season will feature worker advocates from around the world:

George Sandul in Ukraine, where gig workers are engaged in creative organizing in the digital economy.

These front-line leaders will share the steps they are taking to shape their livelihoods at the workplace and in their communities in the face of escalating attacks on democracy and civil rights, and explore how they seek to build a more equitable future, one inclusive of all workers as the COVID-19 pandemic upends structures, systems and societies. 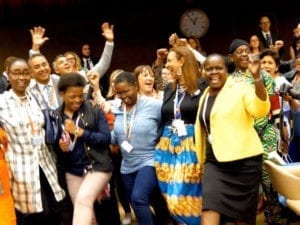 In the first episode, Modise shares how she and women unionists around the world campaigned for adoption of an International Labor Organization convention (regulation) on ending gender-based violence and harassment in the world of work, and how they are moving forward the campaign by pushing their governments to ratify Convention 190.

As Modise heard an audio clip of women unionists singing and clapping the moment Convention 190 was adopted in 2019, she reflected on her experience.

“It was a breathtaking moment. We all shed tears. It was tears of joy because remember, when you went into that room as workers of the world, we knew what we wanted, but we didn’t know if the business constituents of the world understand where we are coming from.

“It really feels great, even though the bigger work has not yet started. We really want South Africa to ratify the convention. The work is not going to be ending at ratification. It’s also going to go in terms of after ratification, what next, and that’s where the bigger role and our activism is going to be needed.”

This podcast was made possible by the generous support of the American people through the U.S. Agency for International Development (USAID) under Cooperative Agreement No.AID-OAA-L-16-00001 and the opinions expressed herein are those of the participant(s) and do not necessarily reflect the views of USAID/USG.