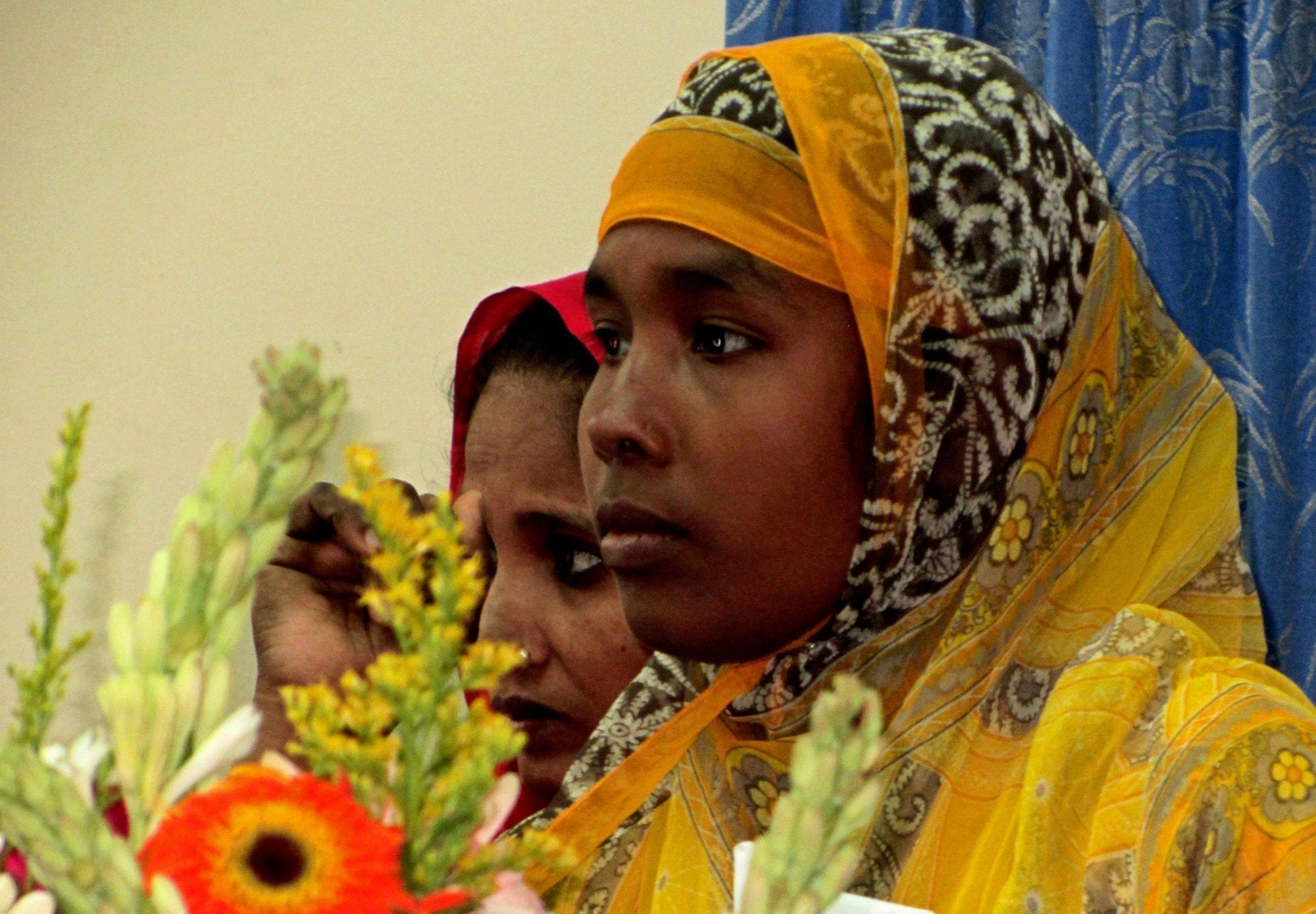 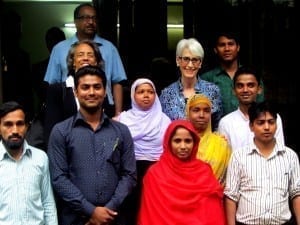 Bangladesh garment union leader Arman says this past May Day was extra special for him. “I will remember this day the rest of my life. I never imagined that I could share our struggles with a high U.S. official,” says Arman, 26, president of a garment factory union. Arman and seven other union leaders met with U.S. Under Secretary of State for Political Affairs Wendy Sherman at Solidarity Center’s Bangladesh office in Dhaka. Sherman is the fourth-ranking official at the U.S. State Department.

Tania, 23, a union leader, told the group that garment workers who formed unions saw benefits in many areas. Another union leader, Meem, 24, said some union leaders have been threatened by factory managers for forming unions. Ahsan, 26, described how garment workers are increasingly facing government obstacles when seeking to register their unions. Unions are required to register with the Department of Labor to legally operate.

In fact, official rejection of union applications has increased from 19 percent in 2013 to 56 percent so far in 2015, according to data compiled by the Solidarity Center in Bangladesh. Despite garment workers’ desire to join a union, they increasingly face barriers to do so, including employer intimidation, threatened or actual physical violence, and illegal firings. Regulators also seem unwilling to penalize employers for unfair labor practices.

Yet workers at Bangladesh’s more than 5,000 garment factories have made the country the world’s second-largest garment exporter, after China. Some 80 percent of Bangladesh’s garment exports—a $24 billion per year industry—are destined for the United States and Europe.

Solidarity Center Bangladesh Country Program Director Alonzo Suson told the gathering that although more workers have been allowed to form unions and improve their working conditions in the past two years, the government’s increased rejection of union registrations is concerning.

Solidarity Center staff updated the group on its ongoing fire safety program for garment workers, and gave examples of how union leaders applied the training during the recent earthquake, which was centered in Nepal but also felt in Bangladesh.

In her remarks, Sherman observed that most of the union leaders are young and this makes her optimistic about the prospect for improving Bangladesh’s garment industry. She praised the leaders for representing their co-workers in the face of many challenges. Sherman said that the United States was working with the government, brands, factory owners and unions to help build respect for workers’ safety and rights.