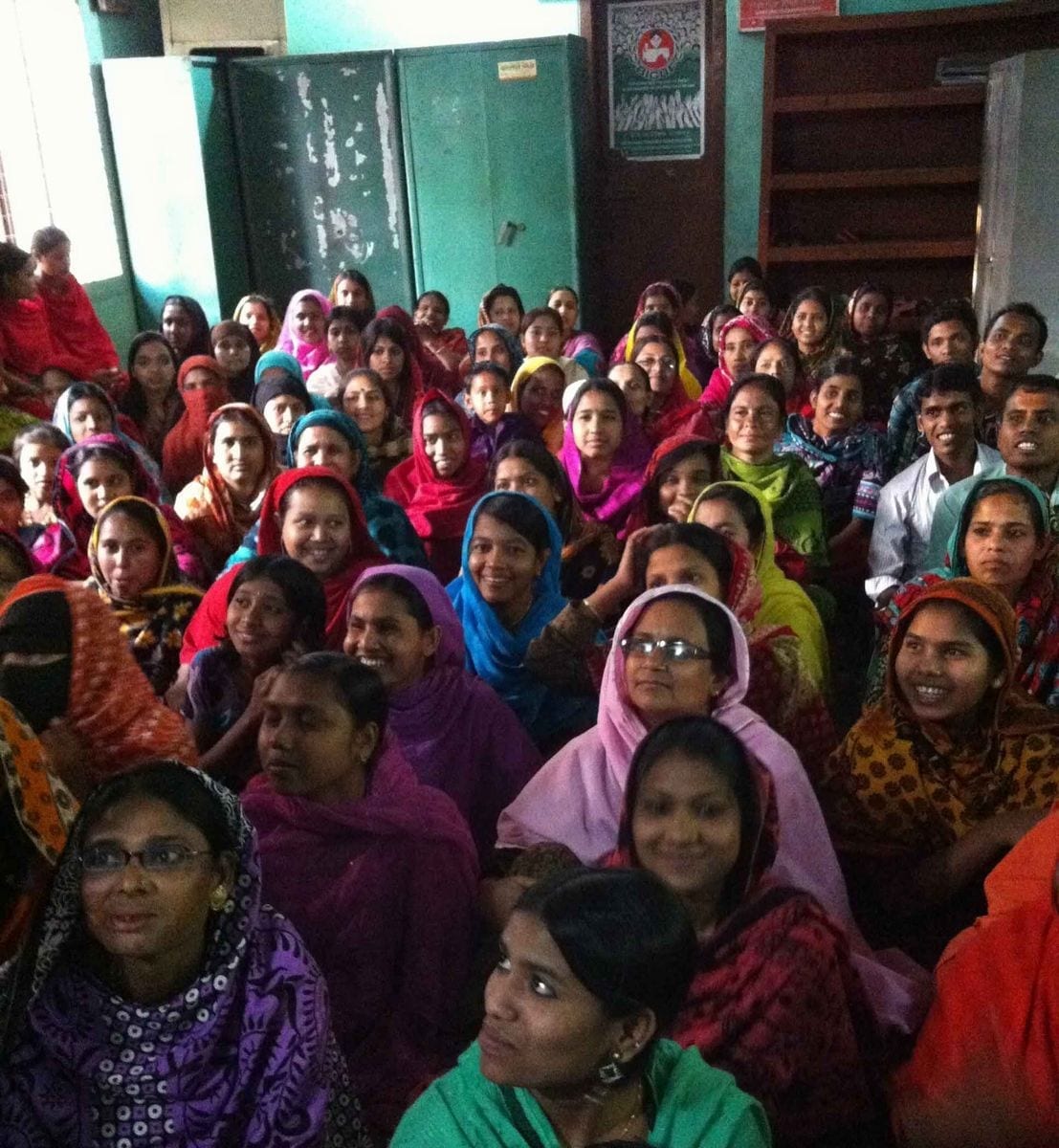 More than 400 Bangladesh garment workers and trade unionists rallied over the weekend at the National Press Club in Dhaka, the capital, to demand police take action to find perpetrators who beat and badly injured a garment worker leader and four union organizers last week. The group was talking with garment workers when they were attacked, and police subsequently refused to accept a report on the incident.

After rallying at the Press Club, union activists and their allies marched to the Ministry of Home Affairs, where staff received a small delegation of activists and accepted their letter calling for government officials to pursue justice for the victims. Later that night, police accepted the crime report from the victims of the violent attack, the prelude to beginning an investigation.

The factory, which had been closed following a workers’ protest against the business not paying the minimum wage on February 18, was fully reopened on March 2. Some 30 workers now say they have been verbally terminated.