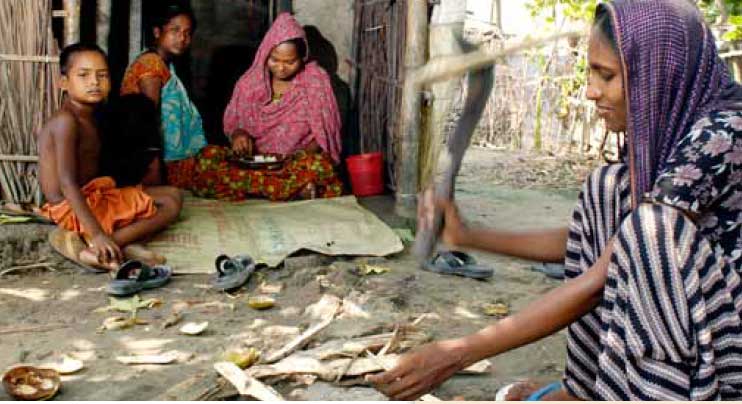 In Bangladesh, shrimp industry leaders—at the urging of workers and human rights groups—have taken a step toward improving working conditions for the nearly 1 million shrimp workers who toil during peak season across the supply chain.

The Bangladesh Frozen Foods Exporters Association (BFFEA), the Bangladesh Shrimp and Fish Foundation (BSFF) and the Solidarity Center signed a memorandum of agreement (MoA) March 24 to implement worker rights according to Bangladesh labor law and International Labor Organization (ILO) core labor standards and to give workers the right to form trade unions. 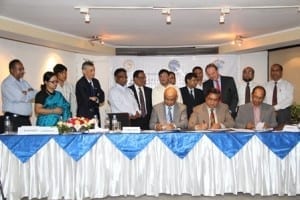 The agreement creates a joint committee with two members each from the BFFEA, BSFF and Solidarity Center. The committee will oversee workplace surveys, including an analysis of contract workers, to determine next steps for ensuring their working conditions meet Bangladesh’s 2006 labor law. The law stipulates that workers must be paid at least the minimum wage and receive sick leave and vacation pay. It prohibits children under age 18 from working and provides maternity leave after six months on the job.

“Today’s MoA concretely demonstrates the resolve of Bangladeshi government, business sector and workers to ensure protection of workers’ rights and workplace safety,” said Dan Mozena, U.S. ambassador to Bangladesh, who was among guests at the signing ceremony. Government officials taking part included representatives of the Bangladesh Ministries of Commerce; Fisheries and Livestock; Labor and Employment; and Foreign Affairs.

Bangladesh is the sixth-largest aquaculture producer in the world. A January 2012 Solidarity Center report found that “the predominantly female, low-income and largely uneducated workforce employed by major shrimp processors in the southwestern region of Bangladesh faces inadequate safety and health protections, receives near slave (or no) wages and has nowhere to turn for assistance.” Many of these workers, who toil long hours in often inhumane conditions, do not receive the workplace protections they are guaranteed under the 2006 Bangladesh Labor Act, a law directed at improving working conditions in fish and processing plants.

“Our previous experience says that the owners promise many things for workers, but the management staff who implement the owners’ decisions do not treat workers well,” said Khadija, a permanent worker at a shrimp processing factory in Khulna. “But we hope that the new relationship will bring changes for the workers.”

Referring to the many contract workers in the shrimp industry, BFFEA President Amin Ullah said, “Due to shortage of raw materials and seasonal business, we are unable to employ them permanently and it is also not feasible. But under the MoA, we shall try are best to ensure labor rights and privilege of contract workers also.”

The Solidarity Center began working with Bangladeshi nongovernmental organizations in 2005 to look at ways to ensure the rights of shrimp workers are protected at the workplace. In 2008, the Solidarity Center issued its first major report on the issue, “The True Cost of Shrimp.”