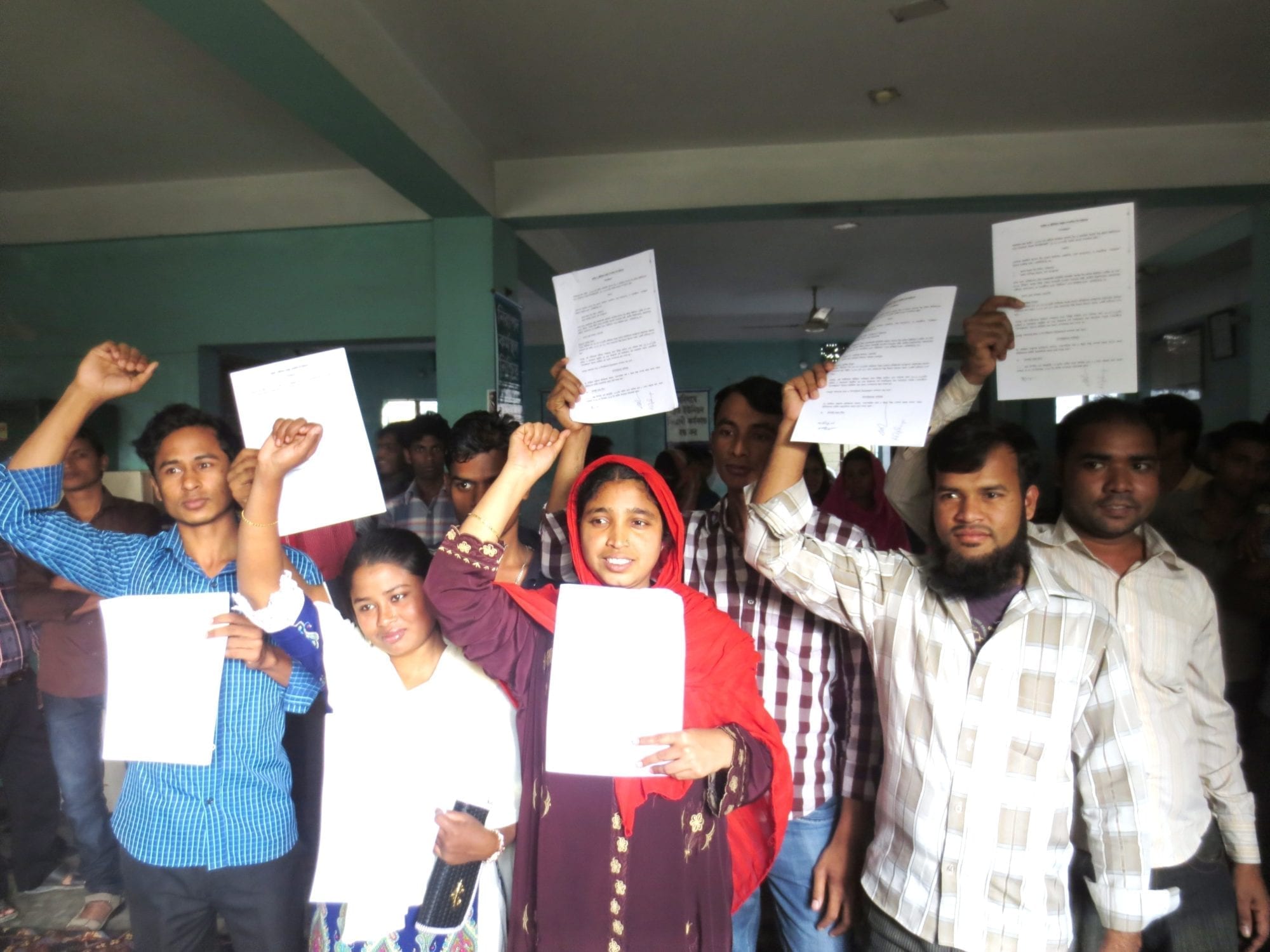 Standing strong in the face of a long and difficult struggle for their rights, Bangladesh garment union leaders at five factories in the East-West Industrial Park Ltd. group negotiated collective bargaining agreements in recent days that include increases in the food allowance, improvements in canteen facilities and provisions for union leaders to assist members.

The five union factories are affiliated with the Bangladesh Independent Garment Workers Union Federation (BIGUF), which helped negotiate an earlier agreement in May 2014 to resolve hostilities and lay the groundwork for good-faith bargaining. The Solidarity Center provided legal and other technical assistance to workers throughout the process.

Hamidul Islam, general secretary of the Rumana Fashion Ltd. Workers Union, which represents workers at one of factories in the group, said that despite the challenges leading up to the victory, “This is really just a starting point (for our union). We will be able to help workers the most if we can continue to discuss with the management about how to create a better working environment.”

Further, he said, “the days would have been harder and longer had it not been for the help of BIGUF and the Solidarity Center. It is still hard to believe that we are one of the few factories that have a signed collective bargaining agreement in the country’s entire garment industry. But we know it’s because we are strong and stuck together.”

Shahera, general secretary of Fashion Suit & Trousers Ltd. who was also involved in negotiations, said, “A union is about workers claiming their rights by being together, and I want to encourage other unions not to give up.”

However, workers who formed unions at five other factories in the group are still working to gain legal recognition by authorities.

“We are very encouraged by the progress that’s been made at the East-West group and will help the union leaders now work to implement the collective bargaining agreements in the factories,” said Raju, BIGUF acting general secretary.

“However, we continue to be concerned about the trade union registration process and that workers who have worked hard to organize their factories are having their unions unfairly rejected by the government.”