Bangladesh: ‘Changes Are Possible if You Have a Union’ 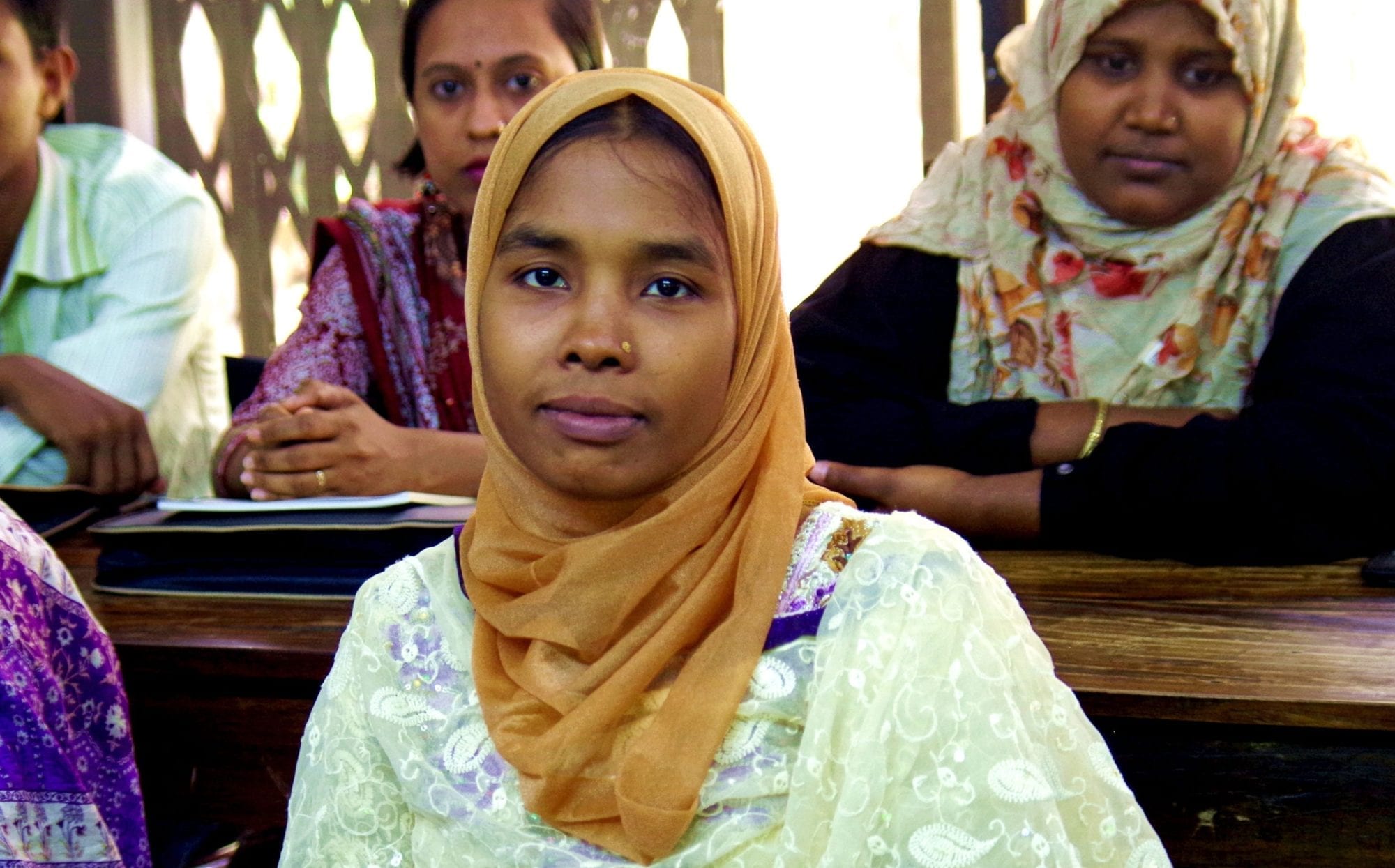 More than 1,100 garment workers died April 24, 2013, when the Rana Plaza building collapsed in Bangladesh, a preventable disaster that injured thousands more workers in the world’s worst industrial accident in years.

Yet their lives likely would have been spared “if any of the factories (in the building) had a union,” says union leader Salma Akter Meem. Salma made her observation as she took part this month in a 10-week-long Solidarity Center fire safety training program, one of nearly a dozen such programs the Solidarity Center has held in the past two years.

Salma, 26, started working at age 14 in the garment industry. She says the Rana Plaza building collapse made her co-workers aware of safety issues, and they formed a union September 2013 so they could have a collective voice to create positive changes in their workplace, including making their factory safe.

Blocked from Factory for Trying to Form a Union
Forming a union was not easy, she says. The employer refused to recognize their union even after it received official government registration, which is required in Bangladesh. Employers retaliated against union members, especially against workers on the factory union’s executive committee, Salma says.

“I was harassed and my union members were banned from entering the factory while we raised our voices and brought attention to the Accord that there was excessive machinery load on the floor and safety issues,” says Salma, who now is general secretary of the factory union.

The Bangladesh Fire and Building Safety Accord, a legally binding agreement in which nearly 200 corporate clothing brands paid for garment factory inspections, was set up after international outrage over the Rana Plaza and the Tazreen Fashions Ltd. tragedy five months earlier, in which more than 100 garment workers were killed when the factory burned down. Since the Tazreen fire, 34 garment workers have been killed in fire incidents and 1,023 workers injured, according to data compiled by the Solidarity Center staff in Bangladesh, according to data compiled by the Solidarity Center in Dhaka, the capital.

Following inspections mandated by the Accord, dozens of garment factories were closed for safety violations and pressing safety issues were addressed.

Standing Strong Together and Winning
Even though some workers were not allowed to work after they formed a union, Salma and her co-workers did not give up in the face of such employer resistance. With assistance of the Solidarity Center and the Bangladesh Garment and Industrial Workers Federation (BGIWF), to which their factory union is affiliated, workers got their jobs back with full compensation for the time they were prevented from working.

Negotiations and discussions with management, finalized in February 2015, have resulted in positive changes, Salma says, with workers getting a wage increase, maternity benefits and safe drinking water. The factory now is clean, has adequate fire extinguishers on every floor, and a fire door has replaced a collapsible gate.

“Changes are possible if you have union and you can make it work.”

Back at the Fire and Building Safety class, Salma says she is “learning here not only for me, but also for my factory and family.” She says if workers are safe in a factory and not afraid to raise their voices for a safe and healthy work environment and living wages to support themselves, their workplace contributions will increase, benefiting the employer—and the country.