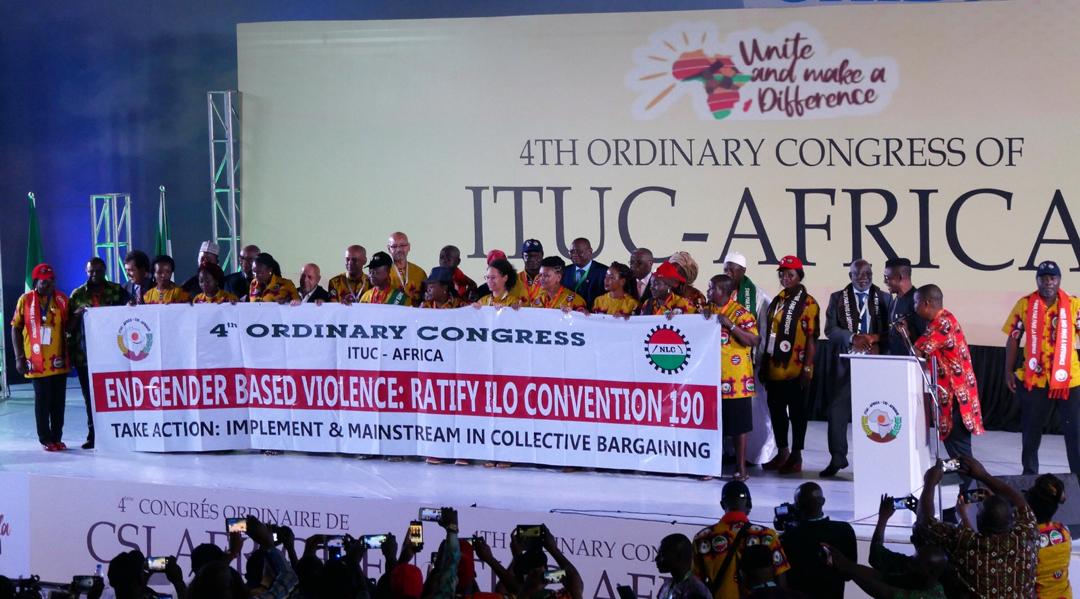 Delegates from more than 47 African countries gathered in the Nigerian capital of Abuja for the 4th Ordinary Congress of the ITUC-Africa’s Regional Organization November 21 and 22. Held every four years, the Congress sets labor’s priorities and direction on behalf of Africa’s working people, both internally and in its dealings with governments and employers.

“The trade union movement in Africa has tremendous power to influence the future not only of the continent but the world,” said AFL-CIO Vice President Tefere Gebre, speaking to delegates.

Some 45 women leaders of unions from across the continent—many of whom have long been engaged in a global campaign to end gender-based violence and harassment at work—presented their recommendations to the full Congress, which the ITUC-Africa leadership formally adopted.

The resolution includes the following recommendations for African unions and ITUC-Africa: