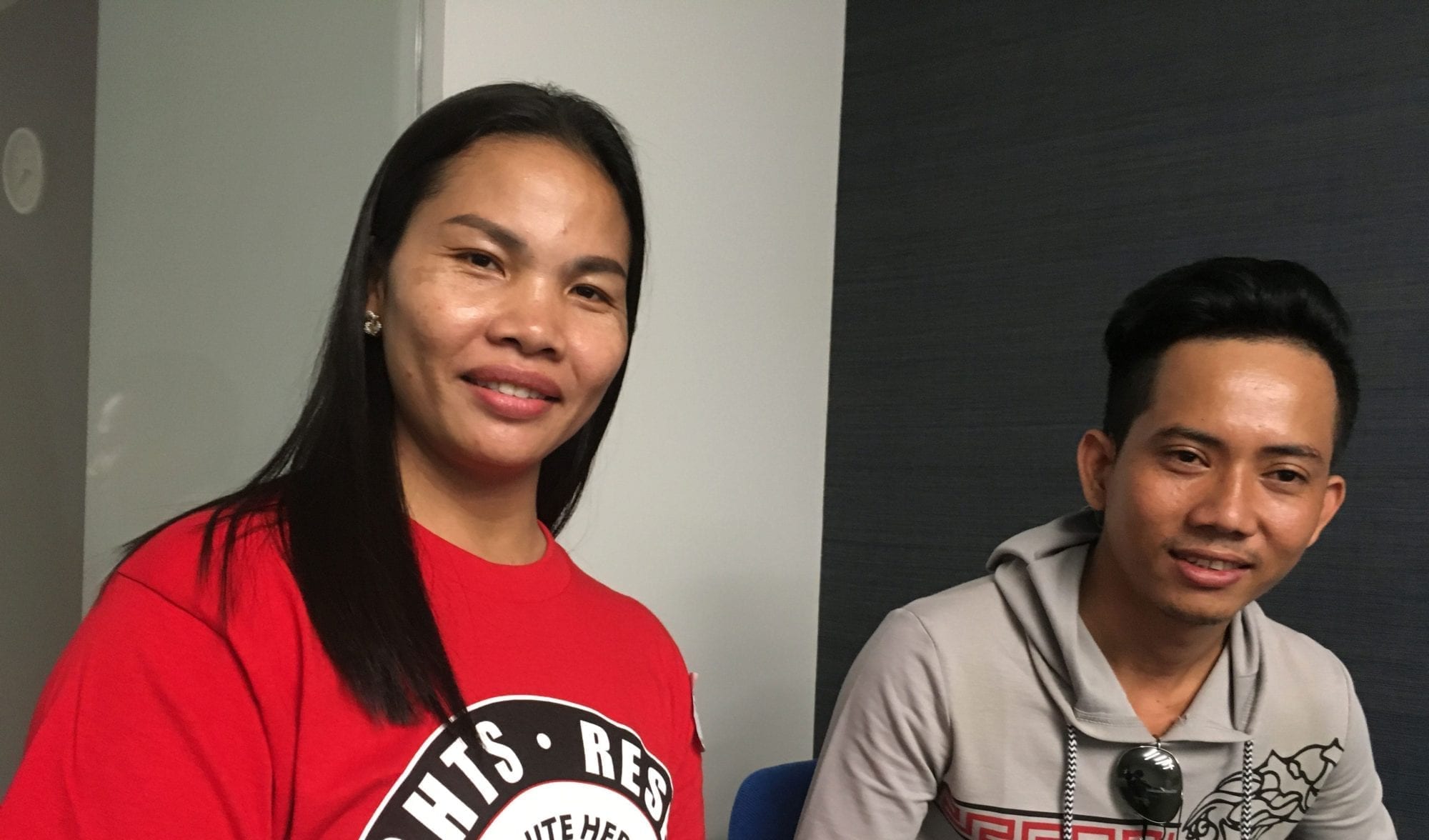 From the ancient temple complex of Angkor Wat to the palaces and pagodas of Phnom Penh, Cambodia draws vast numbers of tourists from around the world—more than 5.6 million in 2017—who help make the country the sixth fastest-growing economy in the world, with travel and tourism contributing 14 percent of total GDP in 2017.

But even as tourist visits accelerate and the economy booms, the hotel receptionists, room cleaners and maintenance staff essential to this economic growth are struggling to get their fair share of economic prosperity.

At the five-star Sofitel in Phnom Penh, where a room can cost up to $800 a night, base wages are $70 a month plus a percentage of the guest service charge, for a monthly salary of roughly $200 a month. Yet a basic living wage in Cambodia for one person is between $156 a month and $259 a month, and most workers have families to support.

“I want the employer to give a better base wage for employees,” says Phat Saroun, president of a newly formed union at the hotel. “I want to increase the base wage to $85 a month,” he says, speaking through a translator. Phat’s union is part of the Sofitel Phnom Penh Phokeetra Hotel Independent Solidarity Union (SPPHISU).

Phat and five other Cambodian hotel workers traveled to Washington, D.C., in recent days as part of a Solidarity Center delegation to meet and strategize with hotel union activists and other leaders in the U.S. union movement.

A Union Makes a Big Difference 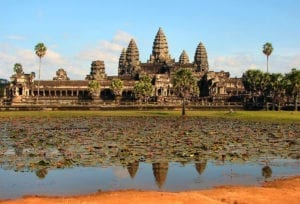 Tourists to Angkor Wat can pay high prices for hotels, even as workers barely earn a living wage. Credit: Wikipedia

With no legal minimum wage in Cambodia’s service sector, the nearly 1.2 million jobs in travel and tourism offer low pay and precarious employment—unless workers succeed in forming a union.

“There are two Sofitels in Cambodia and at the one in Siem Reap, they have a collective bargaining agreement. At my hotel in Phnom Penh, working conditions are very different,” says Phat, who is working to achieve a single contract with both hotels.

In Siem Reap, where nearby Angkor Wat is Cambodia’s biggest tourist draw, Mao Vanda has been part of her 235-member hotel union since its formation 12 years ago. Now a union secretary and shop steward, Mao describes the many improvements workers have negotiated at the luxury Raffles Grand Hotel.

“Working conditions are better than before,” she says, speaking through a translator. “Monthly salaries now average between $160 and $170 in the off-peak season, and around $350 during the five busiest tourist months.

Workers Fear Losing Their Jobs if They Form a Union

Yet despite the significant improvements in wages, benefits and working conditions for unionized hotel workers, challenges to forming unions means union only represent between 4,000 hotel workers and 5,000, says Nimol Vorng, Solidarity Center program officer in Cambodia.

Hotels frequently hire workers on five-to-six month contracts and as a result, “Workers are afraid to join a union because after the contract is finished, the employer won’t hire you any more,” he says.

Although workers in the travel and tourism sector account for 13.6 percent of total employment, “unions don’t have strong voice or the power to negotiate with employer,” he says.

Yet Phat, Mao and other workplace-level union leaders who met with U.S. union activists are striving to strengthen their unions at the workplace and throughout the country’s hotel industry, and they plan to take back to their unions the lessons and experiences they gleaned in the United States.

For Mao, that means planning big. “For every hotel, we want to have a standard [national] minimum wage,” she says.

Solidarity Center Exchange Programs are funded by a grant from the U.S. Department of State, Bureau of Educational and Cultural Affairs.