A First of Its Kind: Kyrgyz Migrant Workers’ Union 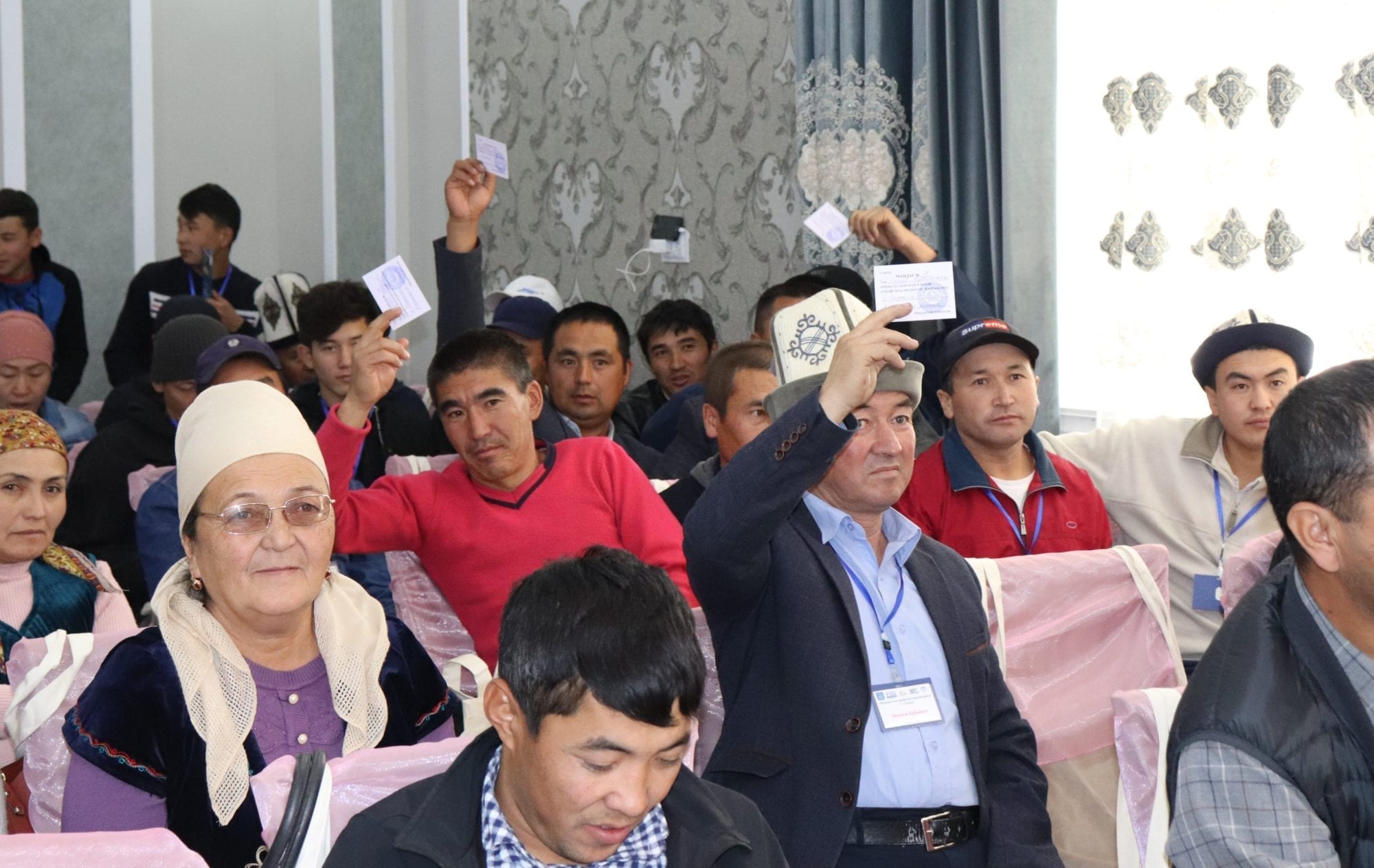 Migrant workers from Kyrgyzstan elect leaders for their new union, the first of its kind in Kyrgyzstan. Credit: Elena Rubtsova

Since the start of 2019, more than 2,000 migrant workers from Kyrgyzstan have joined together to protect their rights abroad through the new Migrant Workers’ Union. On October 17, more than 100 union delegates came together in the town of Isfana, Kyrgyzstan, for the union’s founding congress. 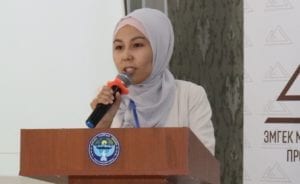 The congress marks a crucial step as the union establishes itself as a leading support system for migrant workers from Kyrgyzstan. Delegates cast their votes to elect union leadership and planned activities and outreach to more workers in the coming year.
Workers from across three regions of western Kyrgyzstan—Batken, Jalal-Abad and Osh—worked together to build this new organization, with support from the Solidarity Center and Insan-Leilek, a local foundation that provided assistance to migrant workers from Kyrgyzstan over the last five years. The union has also garnered support from the Germany-based Friedrich-Ebert-Stiftung and Caritas France.

Insan-Leilek celebrated the milestone with a video in Russian.

Migrant workers from Kyrgyzstan, and from around the world, often face discrimination, exploitation and unsafe working conditions when they arrive in their destination countries. In Russia, a common destination for Kyrgyz migrants, workers have reported working without official contracts or having their wages stolen, with few opportunities to stand up for their rights and hold their employers accountable. Kyrgyz workers also travel to Kazakhstan, Germany and elsewhere for work. Many stay year-round, while others travel back and forth each year for seasonal jobs.

“A large number of labor migrants are subjected to exploitation and violation of their rights by employers, employment agencies and other intermediaries,” says Gulnara Derbisheva, a human rights activist in Kyrgyzstan and the leader of Insan-Leilek. “They face abuse of authority by the police and other officials. In some cases, labor migrants are victims of trafficking and forced labor.”

Since 2015, the Solidarity Center and Insan-Leilek have held pre-departure trainings for working women and men who are preparing to migrate abroad, most of them to Russia. Through these trainings, thousands of migrants have learned about their rights and the protections they have under Russian labor law. Armed with this knowledge, many workers have started exercising their rights the moment they arrive at their new jobs.

Many migrants have used their knowledge of Russian labor law to negotiate higher wages and overtime pay. Others have worked with their employers to ensure they have fully signed contracts that specify their working conditions and document their ability to work in the country. Migrant women have also learned how to protect their rights, including avoiding human traffickers and reporting workplace harassment.

The Solidarity Center also provides training participants with contact information for local legal support in their destination countries. Through hotlines and free consultations, workers can seek legal help if or when they encounter issues on the job, such as wage theft and harassment.

The Solidarity Center’s pre-departure trainings have also shown migrants how they can join trade unions to further protect their rights, even when they are working abroad. As a result, workers decided they should create their own union so they could tailor it to support Kyrgyz migrants.

The creation of the Migrant Workers’ Union, its members say, is not just timely but also necessary to protect their rights at a time when more than one-fifth of Kyrgyz citizens are living and working abroad.

Gulzat, a delegate at the congress from the village of Boz-Adyr in the Batken region, first heard about the union at a training session the Solidarity Center and Insan-Leilek held in her village earlier in 2019. “I learned many important things about my labor rights and how they could be protected,” she says. “It was then that I decided to join the Migrant Workers’ Union because I am going back to work in Russia.”

Gulzat first went to work in Russia in 2010, where she experienced wage theft firsthand. “I became a dishwasher in a Moscow cafe and was a victim of fraud when I was left without a salary,” she explains. “I didn’t know where to turn for help, but now I know.”

The Migrant Workers’ Union currently has 2,150 members. But the union’s protections extend beyond just its members. Migrant workers from Kyrgyzstan rely on decent wages not only for themselves but also to support their families back home. Migrant workers from Kyrgyzstan remitted an estimated $2.48 billion in 2018, about 34 percent of the country’s gross domestic product. Since 2017, Kyrgyzstan has been the most remittance-dependent country in the world, and remittances are particularly important in its western regions like Batken. As migrant workers learn to defend their rights abroad, they also ensure their families in Kyrgyzstan can have more economic security and access more opportunities at home.