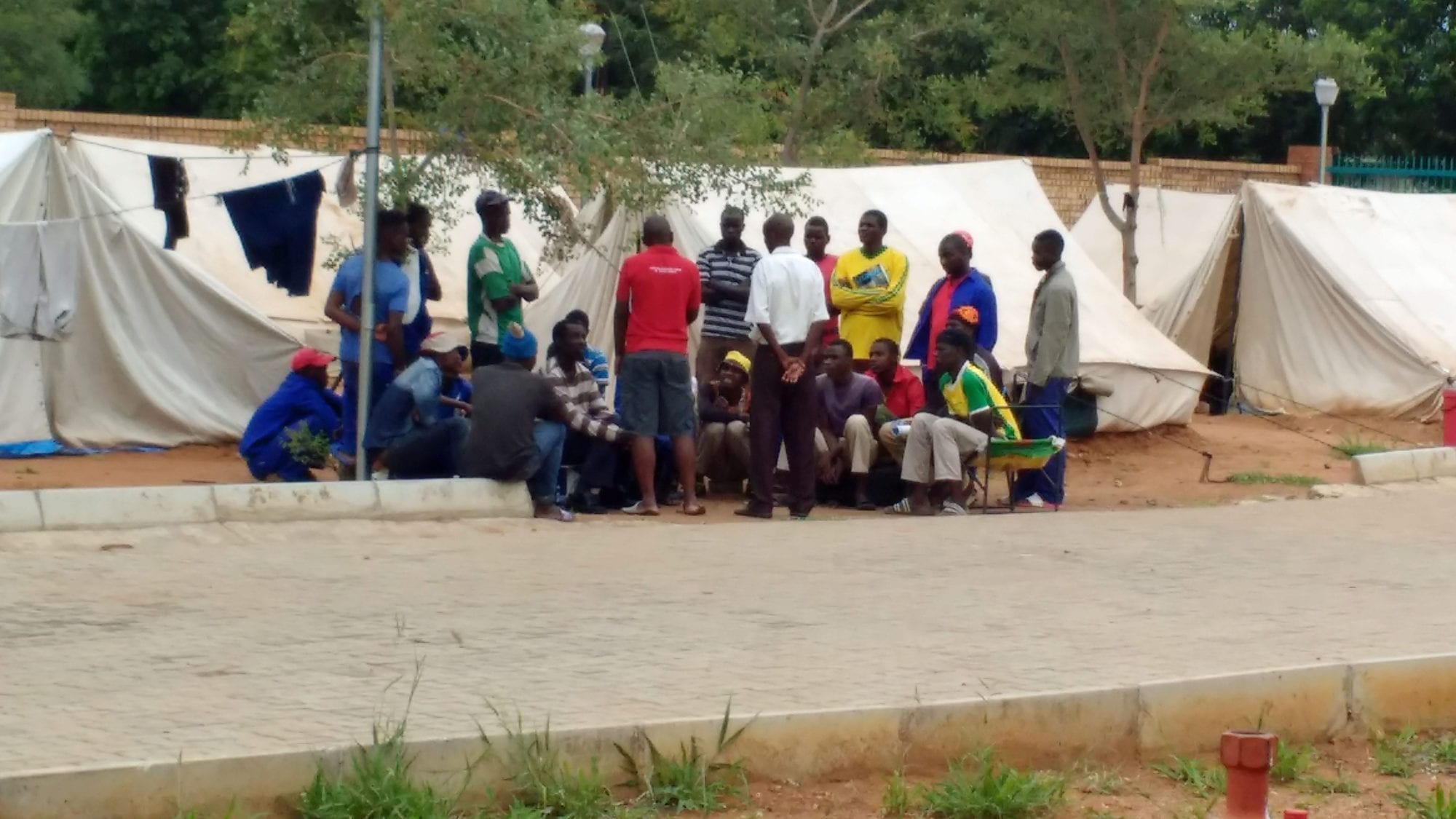 In Lephalale, South Africa, a coal mining town near the Botswana border, more than 70 farm workers, including 19 women, are crowded into a handful of tents in a disaster relief center after fleeing the commercial farm owner who shut off water and electricity in their company-run homes for months after they asked for a wage increase.

The Zimbabwean migrants worked on four vegetable farms operated by Johannesberg Farm, regularly putting in 12-hour days, seven days a week, and forced to toil 17-hour days during the harvest. Yet when the workers, who are paid $120 per month, roughly half the legal minimum wage, requested a 59-cent-per-day pay increase in August, the farm owner waged a months-long battle against them. 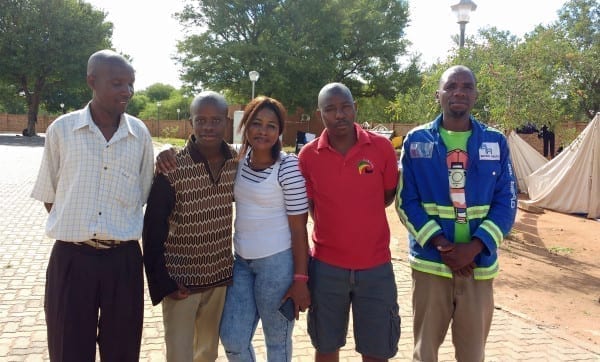 The workers told Solidarity Center staff who traveled to Lephalale this week that in September, a group of men led by the farm owner fired rubber bullets at the workers’ homes and set some of them on fire to drive workers out of their homes so they could assault and club them. One of the workers, Edias, says he and four other workers were then kidnapped, tortured and interrogated for hours before police arrived. (For farm workers’ safety, we are using first names only.)

Now 23, Edias was 12 years old when he first came to South Africa to work. The beating to his back and head was so severe that he suffers from back and body pain and likely will never again be able to work in hard physical labor.

Unable to leave to look for other jobs because the farm owner had confiscated their work papers, Edias and the workers stayed in their camp dwellings near the farm until December. Then, near starvation, they walked miles to the police station at Villa Nora where they camped before they were relocated to Lephalale.

The migrant farm workers stranded in Lephalale are only a few of the thousands of farm workers across the country who are paid sub-minimum wages, forced to toil in harsh conditions that are illegal under South African labor law and often being physically abused. The conditions are especially brutal for women.

Women farm workers at the Johannesberg Farm say they cut, sorted and packed produce, often until 11 p.m., when only headlights from a farm truck illuminated their workspace. If they questioned the amount of wages they received in a pay period, farm managers beat them. Children were not allowed to go to school and so were left behind in Zimbabwe with relatives. If the women were injured, they were forced to wait until the end of the day’s work before they were taken to a clinic and were expected to return to work the next day.

McIan, 50, is among the exiled farm workers. After 15 years of hard work on the Johannesberg Farm, he put his livelihood on the line to join his co-workers in Lephalale. Even though the farm owner offered him two weeks’ pay to return to work—among the highest offers—he refused. McIan says he acted in solidarity with the other workers because “this farmer is cruel, and this is not right. Let me stand with my brothers.”

McIan said the farm owner regularly beat workers, accusing them of not working hard. Like Edias, McIan crossed the border from Zimbabwe into South Africa at age 12, and eventually was hired at the Johannesberg Farm where he helped grow and harvest potatoes, tomatoes, maize and onions.

Solidarity Center and Allies Seeking Justice for the Zimbabwe 70
Now, McIan and the other farm workers at the disaster relief camp are housed in tents so thin they would not withstand a strong storm. The camp has one toilet and no sewer drainage, and the workers subsist on a diet of rice and pap, a ground meal staple prevalent across Africa.

The vast majority of Zimbabwe’s 15 million people are forced to eke out a living in the informal economy or in subsistence farming, with many migrating to South Africa in the hope of supporting themselves and their families.

The Solidarity Center, in coalition with our allies the South African Food and Allied Workers Union (FAWU), the Migrant Workers Union of South Africa and other organizations, is asking South African government agencies and the Zimbabwean consulate to provide temporary work permits to allow them work and stay in the country until their legal claims have been resolved and to be returned to their jobs with back pay.