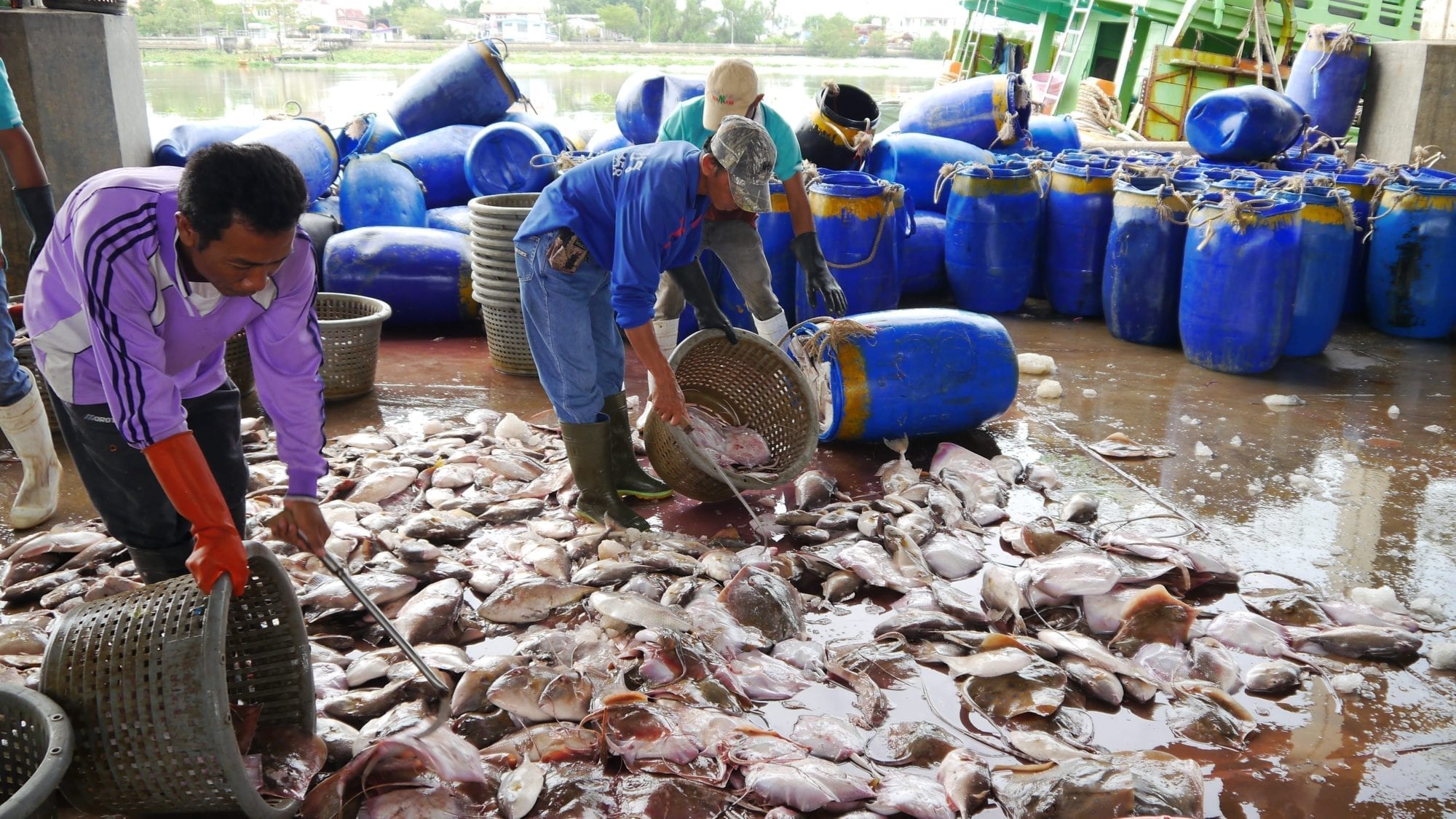 Tens of thousand of Burmese workers migrate to Thailand (above) and other countries to support their families. Photo: Jeanne Hallacy

Some 45 labor groups and other nongovernmental organizations (NGOs) sent a letter to the Thai prime minister yesterday protesting a proposed plan to use prison labor on fishing boats.

Saying the plan threatens the human rights of prisoners and likely goes against the International Labor Organization’s convention on forced labor, the letter states:

“The Thai government should recognize the only way to address the labor shortage on Thai fishing vessels is to make enforcement of labor laws on fishing boats a priority and improve conditions so that the sector can attract workers to voluntarily work on the boats.”

Thailand’s move comes despite worldwide attention on abuses in the Thai fishing industry. In June, the U.S. State Department downgraded Thailand in its annual Trafficking in Persons Report, which could subject Thailand to sanctions, among them the withholding or withdrawal of U.S. non-humanitarian and non-trade-related assistance.

In the letter, the organizations, which include the International Trade Union Confederation and the AFL-CIO, state that if the program goes forward, they will raise concerns with the U.S. State Department as it prepares its 2015 assessment of Thailand’s performance on trafficking in persons.

Last year, a Guardian series documented the horrors endured by migrant workers who often are tricked by labor recruiters and sold into bondage. Estimates of migrant workers in Thailand range from 200,000 to 500,000. In 2013, an ILO survey of nearly 600 workers in the Thai fishing industry found that almost none had a signed contract, and about 40 percent had wages cut without explanation. Children were also present aboard fishing boats.

Forced prison labor is not the solution to Thailand’s worker rights abuses, the organizations say in the letter to Prime Minister Prayut Chan-o-cha.

“Simply replacing vulnerable migrant workers with released prisoners will not solve the abusive working conditions and many other problems present in the Thai fishing industry.”

Thailand is the world’s third-largest seafood exporter, and its fishery production accounts for $8 billion annually.