3 Years after Rana Plaza, Little Change without a Union 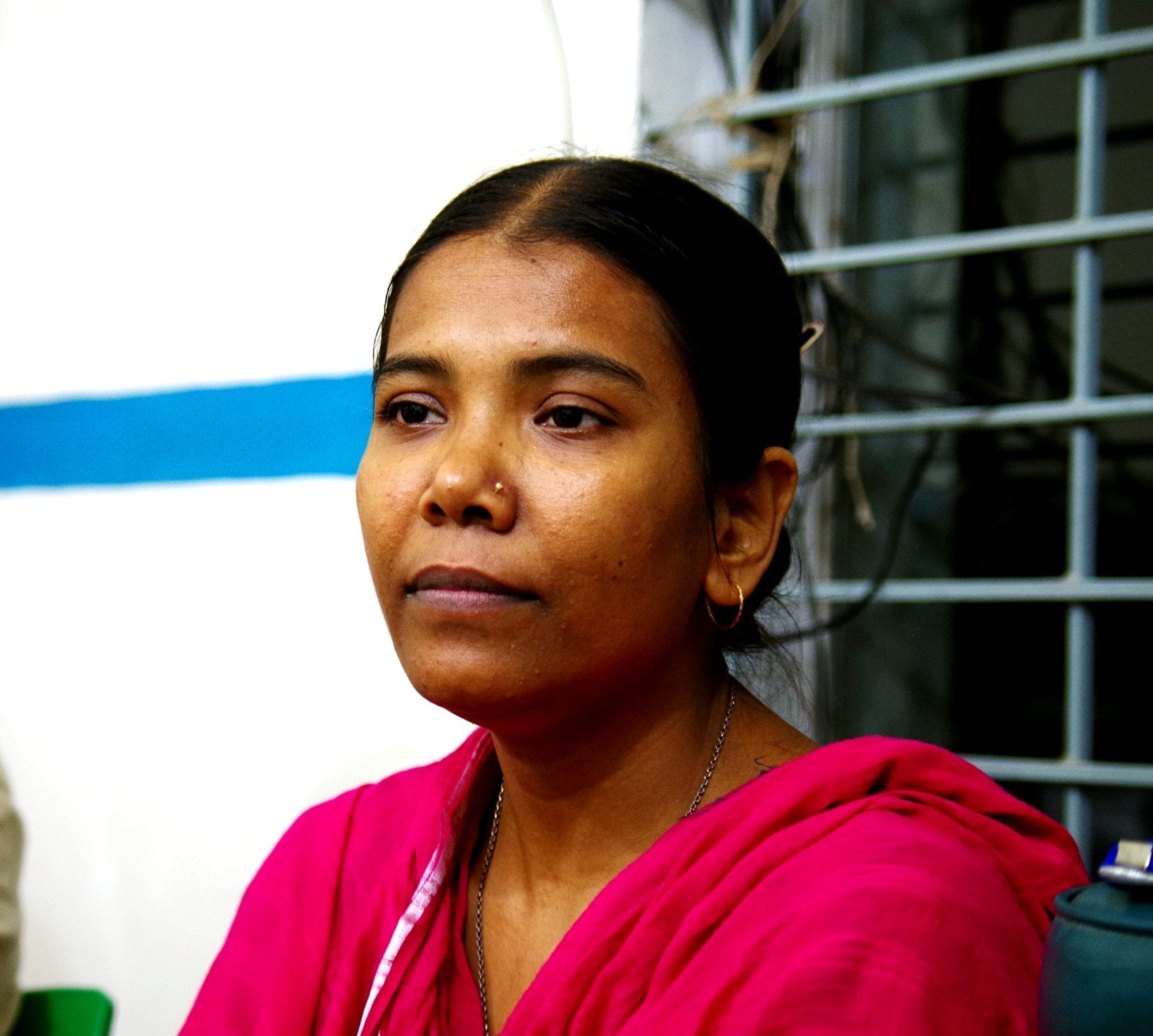 In Dhaka, Bangladesh, the conditions Sharina describes at the garment factory where she works can be summed up in three words: dangerous, unsanitary and exploitative. Wages are delayed. Legally required maternity leave is denied. Workers are sometimes forced to toil until 3 a.m. and are fired if they refuse. Bathroom facilities are so appalling workers have difficulty focusing on work because of the odor.

Sharina (not her real name) says her co-workers do not speak out about these issues, nor do they point out potentially hazardous electrical problems to their employer because they fear they will be fired. And each day, workers put their health and safety on the line because they have received no safety training and no safety protections.

In fact, says Sharina, 30, only when safety inspectors show up do managers distribute safety equipment like rubber boots, gloves and masks to workers, and put needle safety guards on sewing machines.

“Things would be better if we had a union,” says Sharina, 30. Workers could negotiate with management to receive safety training and avoid deadly tragedies, she says, adding that the more than 1,130 garment who died and the thousands who were injured in the Rana Plaza building collapse on April 24, 2013, would not have had to risk their lives for their jobs if they had been able to join together in a union and collectively push for safe working conditions. With a union, workers have the protection they need against being fired when standing up for improvements at work.

Solidarity Center staff interviewed Sharina, who has worked at the factory since 2012, on the eve of the third anniversary of the Rana Plaza disaster. The tragedy closely followed the November 2012 fire at the Tazreen Fashions factory that killed more than 112 Bangladesh garment workers and injured hundreds more.

Following the two disasters, the United States in June 2013 suspended its Generalized System of Preferences (GSP) agreement with Bangladesh based upon chronic and severe labor rights violations. Soon after, the Bangladesh government accepted union registrations with increasing frequency as workers organized and formed unions to address safety problems and low wages. (When workers forms unions, the Bangladesh government requires workers to register their unions before they are officially recognized.)

International outrage over the Rana Plaza and Tazreen disasters also prompted creation of the Bangladesh Fire and Building Safety Accord process, a legally binding agreement in which nearly 200 corporate clothing brands pay for garment factory inspections. Dozens of garment factories have been closed for safety violations and pressing safety issues addressed.