3 Unionists Murdered in Guatemala, Honduras in Past Year 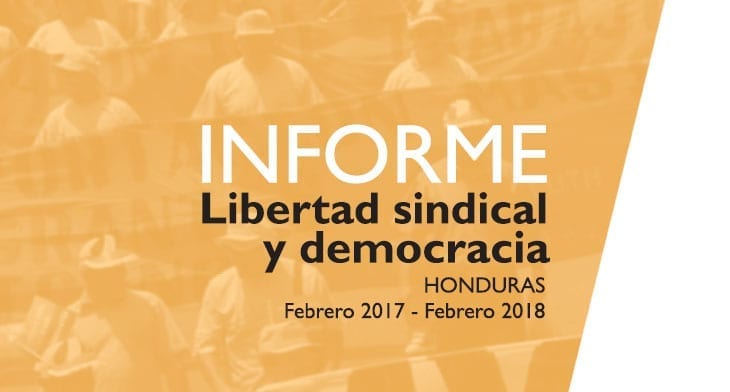 Two union activists were murdered in Guatemala and one in Honduras, while dozens of others were targets of violence—including threats of murder, kidnapping and stalking—over the past year, according to two reports released this week.

In Guatemala, “where the unionization rate is less than 1 percent, intolerance and violence against workers highlights, precisely, the mechanisms of terror to limit and, in many cases, to ignore those rights on the part of employers,” according to the Annual Report on Anti-Union Violence. The report, by the Network of Labor Rights Defenders of Guatemala (REDLG), found two more instances of violence in this reporting year (February 2017–February 2018) than in the previous period.

Since 2004, 87 union leaders and activists have been killed in Guatemala, one of the most dangerous nations in the world for union rights activists.

In Honduras, many of those targeted in the 39 documented instances of violence were organizing unions or seeking collective bargaining agreements in the agro-industrial palm oil sector in Colón, according to the report, “Freedom of Association and Democracy” by the Anti-Union Violence Network. Both networks are Solidarity Center partners.  (The report is available in English, including an Executive Summary, and Spanish.) 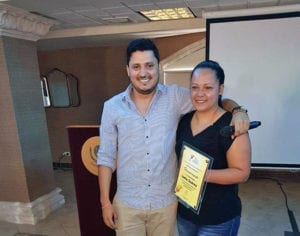 Two days after the report on Honduras was released this week, union leader Isela Juárez, who has received death threats for her worker rights activism, was followed in a high-speed chase by two men on motorcycles before she took refuge inside the San Pedro Sula City Hall. Juárez, president of the Union of Workers of Municipal, Common and Related Services, (SITRASEMCA), also had been honored for her defense of human rights over the weekend.

The report on Honduras finds that 51 percent of the alleged perpetrators are public officials, including the military police, along with municipal authorities who harassed, coerced and fired nine workers to prevent them from forming unions.

Some 100 unionists and other members of civil society took part in the report’s launch, and several people violently targeted for their activism described their experiences. Since the network in Honduras began documenting cases of anti-union violence in 2015, 69 union activists have been targeted with violence, including seven who were murdered.

The report on Honduras also highlights a correlation between increased violence and the growing role of women in union leadership, and documents cases of unionists attacked during the post-election violence as they sought democracy.