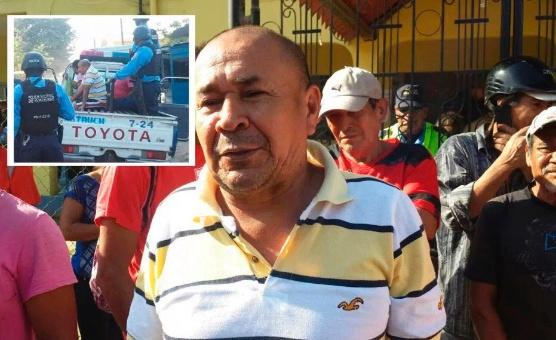 The leader of a rural land rights organization and a fellow activist were killed in recent days in the northern Honduran department of Colόn, and other activists report escalating threats and intimidation.

José Angel Flores, head of MUCA (Unified Campesino Movement of the Aguán), and MUCA activist Silmer Dionisio George were shot by four men as they left a meeting on Oct. 18. Both men were under police protection after receiving death threats earlier this year, and their murders are part of an ongoing pattern of violence against human rights activists in Honduras, according to union leaders.

The murders of Flores and George bring to 15 the number of Honduran union leaders and members killed over the past year while under protective measures, according to a report by the Union Network against Anti-Union Violence in Honduras. The network is an effort of labor union activists and the human rights nongovernmental organization, ACI-Participa, supported by the Solidarity Center.

None of the perpetrators have been brought to justice.

Miguel Lόpez, a leader of the public-sector electrical workers’ union STENEE, who has received death threats, reports that despite taking precautions, he was followed by a black motorcycle twice last week, and his wife also reports being followed. Lόpez lives and works in Tocoa, Colόn, the same zone where the MUCA leaders were murdered.

Nelson Núñez and Patricia Riera of FESTAGRO are receiving death threats for their efforts to help melon workers form unions in southern Honduras. Nunez had received death threats in the past year in relation to his organizing efforts in northern Honduras. ACI Participa and the network denounced the death threats against Núñez and Riera, and called on the Honduran government to safeguard their lives.

The Inter-American Commission on Human Rights (IACHR) ordered the Honduran government to protect Flores and George. Yet also while under IACHR protection, environmental activist Berta Cáceres Flores was murdered in Honduras in March and Héctor Martínez Motiño, president of a local sectional union of Workers of the National Autonomous University of Honduras (SITRAUNAH), was murdered last year. Observers say they saw no police presence near either Martínez Motiño nor Cáceres when they were killed.

The Union Network against Anti-Union Violence in Honduras and its sister organization in Guatemala are calling on the Honduran government to provide private security to activists who receive death threats, given that police protection has failed. The networks are urging the government to investigate all murders and bring to justice the perpetrators—both those who committed the acts and those who planned them.

MUCA, an affiliate of the Honduran national labor center CUTH (Confederacion Unitaria de Trabajadores de Honduras), is a member of the network, which was formed in 2014 to combat impunity and to document and stand up to increasing violence and threats against union activists.