16 Days of Activism Against Gender-Based Violence

On November 25, the Solidarity Center joins our allies around the world in launching 16 Days of Activism against Gender-Based Violence. This event highlights the need to end violence against women and girls around the world and pass a global standard to address the full scope of gender-based violence at work. 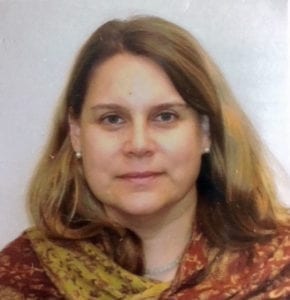 Solidarity Center’s Senior Gender Specialist Robin Runge discusses gender-based violence at work and how unions and our allies are working for passage of a global standard that would address this prevalent, and generally unacknowledged, workers rights violation.

Q.: What is gender-based violence at work?

Q.: Why is gender-based violence and harassment at work a worker rights issue?

We know that the rates of gender-based violence, although they vary from sector to sector, are extraordinarily high. So for example, we know that in Cambodia, beer promoters, who are mostly women, more than 80 percent of them have been sexually harassed on the job. In many sectors, especially where women are the majority of workers, including the garment sector, and the service industry, the majority of workers report experiencing forms of gender-based violence and harassment. Something that impacts the majority of the workers in a particular sector is a core labor and union issue.

Q.: What’s being done to address gender-based violence and harassment at work?

RR: Workers, including domestic workers, precarious workers, part-time workers, street vendors and the unions that represent them began advocating for a global standard to end gender-based violence in the world of work in 2013. Workers know from their experiences that a global ILO standard applies to all industries and all countries around the world, thereby ensuring that workers throughout the supply chain benefit from the same protections. Over several years of a global campaign, led by the International Trade Union Confederation (ITUC)—and we at the Solidarity Center were a huge part of this effort—workers and unions were successful in having the ILO place a discussion about the need for a standard to end gender-based violence in world of work on their agenda.

In June 2018, at the annual International Labor Conference, the first negotiations took place among workers, governments and employers on a standard to end violence and harassment in the world of work. The second and final set of negotiations will take place in June 2019.

Q.: How have unions led in efforts to end gender-based violence and harassment at work?

RR: Unions really have been the catalyst for change in this area. And the Solidarity Center has played a critical role in helping and supporting unions in leveraging their collective power to achieve this. Gender-based violence is hidden. As individuals who experience this, women are socially and culturally trained not to speak of it. Women are also often afraid that if they speak about it, they will be be retaliated against, including more physical abuse or sexual abuse. Since many people who experience gender-based violence and harassment don’t speak about it, it’s as if it’s not happening. Moreover, workplace structures can create environments that permit and perpetuate these abuses. Workers coming together in unions and other collective worker action provides a mechanism whereby workers can overcome these barriers to preventing and addressing gender-based violence and harassment at work.

Q.: What can unions and their allies do to ensure ratification of the ILO standard?

RR: We’re in the middle of the two-year standard-setting process during which the ILO has provided opportunities for governments, employers and worker rights organizations to submit comments on draft language and participate in negotiations at standard setting meetings in June 2018 and June 2019. The Solidarity Center has supported our union partners, encouraging them to participate in this process and thereby ensuring that the voices of workers are driving the content of the standard. In particular, participation of our partners has led to the development of definitions of violence and harassment, gender-based violence, “world of work,” and worker that are broad and inclusive of all workers’ experiences, including women workers in precarious, part-time and informal work.