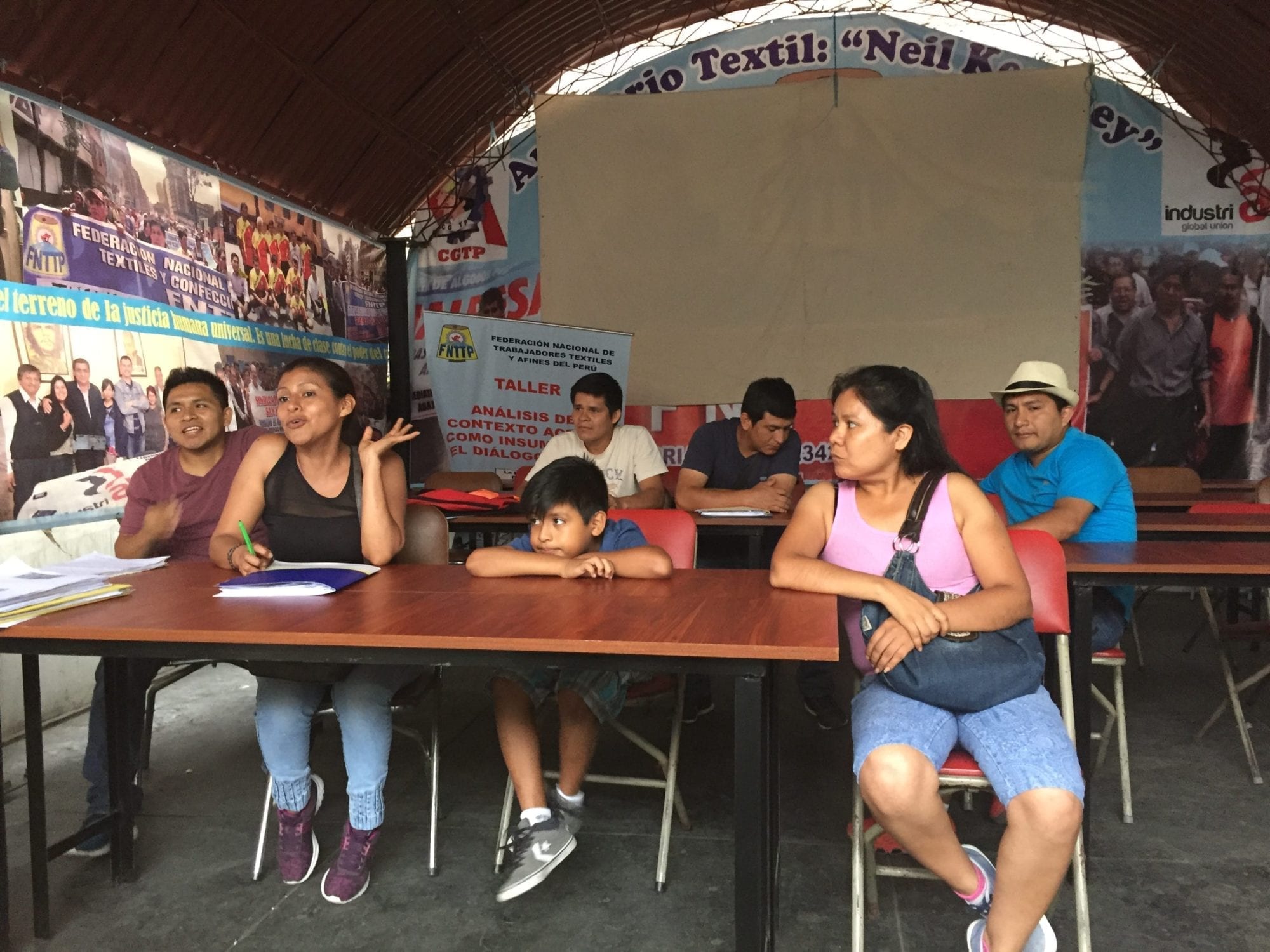 Peru’s National Federation of Textile Workers is calling for immediate reinstatement of 11 textile workers who were fired less than a month after they formed a factory union in Lima. The factory, which employs more than 1,400 workers, produces high-fashion jeans for the Peruvian market.

The garment workers, many of whom had worked at the plant between nine and 20 years, created a factory union in January to improve their workplace conditions. Although most textile workers in Peru are employed on short-term contracts, the workers who lost their jobs have more stable employment because they are on indefinite contracts—yet they still risked their employment to improve working conditions. (See a video of workers protesting the company’s actions.)

After the garment workers formed the union, they say managers called union leaders into one-on-one captive audience meetings and presented each worker with a set of threats and incentives to abandon the union.

Helen Vallejos Reyes, a garment finishing worker with 20 years experience, said a manager told her to “accept the money we are offering you or we’ll see you in court.” She says managers kept her and other union members in isolation for more than five hours at the factory. Despite these pressures,  Reyes says, “we all decided to not take their offer.” When the workers refused to leave the factory after the one-on-one meetings, which concluded before their shift ended, managers fired them, saying they illegally occupied the factory.

Lorena Chavera, a union organizer who has accompanied the garment workers as they sought to form a union, is hopeful about the outcome. “We spoke a lot before the workers decided to join the union,” she says. “They knew the risks they faced and they chose to go forward. I know what it feels like to lose your job for standing up, but I am confident that we will see justice for these workers because it is their constitutional right to organize and call for fair treatment.”

The National Federation of Textile Workers is working with the union to document the anti-union campaign, taking the case to government labor inspectors and the Ministry of Labor, and seeking recourse through the legal system.

Textile workers in Peru increasingly are mobilizing for their rights at work, and this new union has affiliated 22 new workers over the last couple of weeks despite employer opposition. Workers have formed two unions at factories since January, both affiliated with the National Federation of Textile Workers. (The Textile Workers union educates workers about their rights through information pamphlets and in one-on-one discussions.)