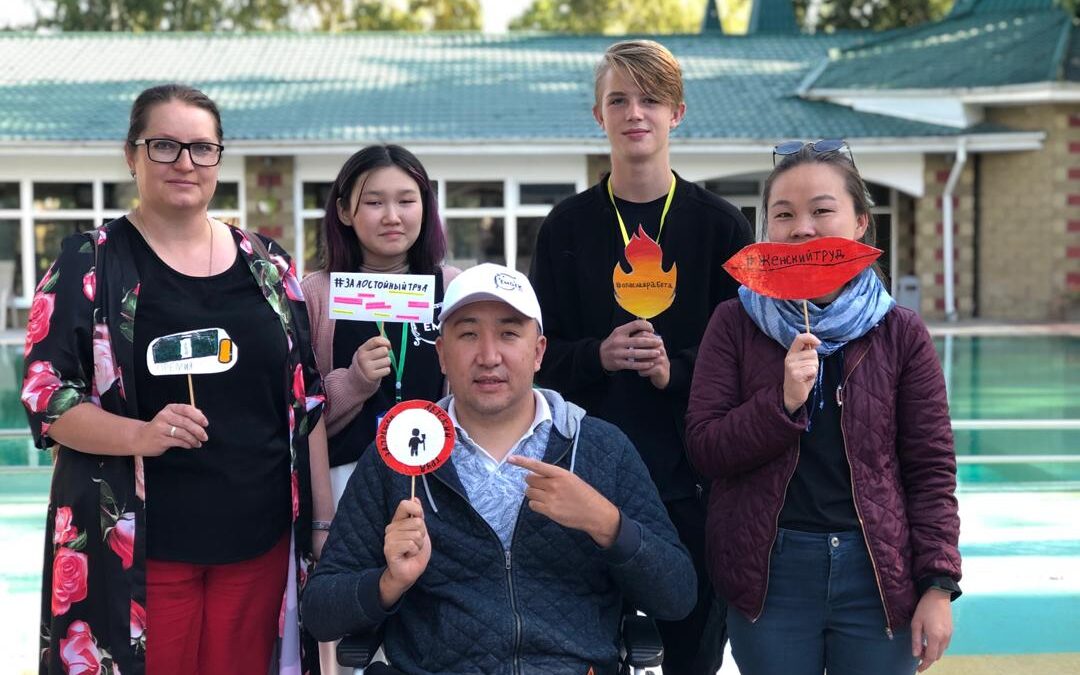 To promote youth civic engagement and the fair employment of women, workers with disabilities and those migrating outside the country to earn a living, the Solidarity Center’s second annual School of Young Leaders in Bishkek educated dozens of young people in mid-September about their protections under the country’s labor code, with a special focus on disability rights. Event attendees—selected from around the country based on a writing competition—included youth and mentors with disabilities.

“This is my first experience in the framework of an inclusive society—where no one divides into some groups, everyone supports each other, accepts each other equally and shares their experiences,” said Sezim Tolomusheva, organizing and socioeconomic protection lead specialist for the Union of Textile Workers of Kyrgyzstan.

During a session covering how to engage traditional and social media, local disability-rights activist and blogger Askar Turdugulov encouraged attendees to pursue their goals despite limitations, such as the spinal injury that impaired his ability to walk from age 18.

“This [event] is a bright example in the promotion of the principle of ‘equal opportunities for all’ that gives equal labor rights for all people, regardless of their origin, gender or health status,” said Turdugulov.

Participating NGOs, trade unions and government agencies also provided young attendees—many of whom work directly to aid migrant workers and some of whom may one day migrate for work—with information about common challenges for migrant workers, the protective role of the Kyrgyz Migrant Workers’ Trade Union, the importance of pre-departure trainings and information about labor laws in destination countries. Other highlights included discussion on the rights of women at work under national legislation and the International Labor Organization’s 2019 Convention: Eliminating Violence and Harassment in the World of Work (C190). NGOs contributing expertise to the event included the “Equal Opportunities” Social Center and the Public Association of Girls with Disabilities, Nazik-Kyz.

Youth un- and under-employment in Kyrgyzstan stands at 55 percent. Most young people feel forced to migrate in search of work, primarily to Russia and Kazakhstan, although also further to South Korea, Turkey or other countries. Kyrgyz migrant workers provide more than one-third of the Central Asian country’s GDP in money they send home. When workers migrate from Kyrgyzstan, they often face discrimination, exploitation and unsafe working conditions. Many are at risk of being trafficked and subjected to forced labor.

Kyrgyzstan ratified the UN Convention on the Rights of Persons with Disabilities (CRPD) on February 7, 2019. The primary work needed for CRPD implementation will be expanding access for people with disabilities to education, justice and employment opportunities, physical therapy and rehabilitation services, medical and social assistance, and ensuring their free movement through promotion of universal design. 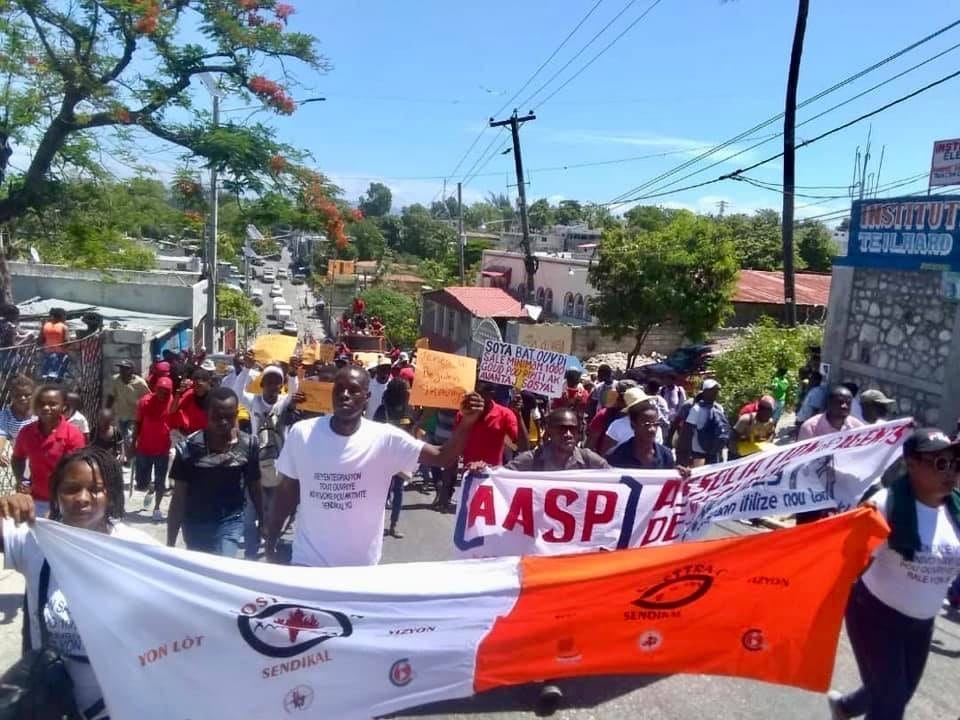 Testifying before the House Ways and Means Committee Thursday, Stewart says labor violations persist at garment factories because authorities do not impose or collect fines for infractions and the government has not effectively enforced the law—as also noted in a 2019 U.S. State Department human rights report. Noncompliance with internationally recognized worker rights is among criteria for CBTPA eligibility for beneficiary countries. (Read Stewart’s written testimony here.)

Further, trade preference programs with Haiti, such as the CBTPA, which allows duty-free access for Caribbean countries to the U.S. markets, have not specified labor rights enforcement “in a way that there is actual teeth,” Stewart said.

Solidarity Center union partners in Haiti say trade agreements should specify the amount of time a factory can be in noncompliance before losing its trade preference eligibility, and should be required to demonstrate progress in remedying violations before being readmitted, she says. Further, unions say there should be a limited number of times a noncompliant factory can be admitted to trade preference programs. 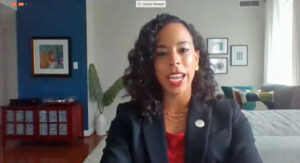 But because the country has a history of repressing worker efforts to form unions to improve working conditions, many workers fear exercising their right to freedom of association.

There is only one authentic collective bargaining agreement in the garment sector—which means “the great majority of workers are unable to negotiate higher wages and lack a voice in shaping the terms of their labor,” Stewart said.

Although the CBTPA and other trade preference programs in the Caribbean Basin Initiative have stimulated Haiti’s garment industry, Stewart says the economic gains of garment industry have not translated into decent wages and working conditions.

Enforcing worker rights provisions in the CBTPA is “critical to guaranteeing internationally recognized worker rights and fostering the rule of law, both of which are necessary to promote stability and economic development in Haiti,” Stewart said.

The CBPTA expires September 30 and Congress is considering its renewal to 2030. 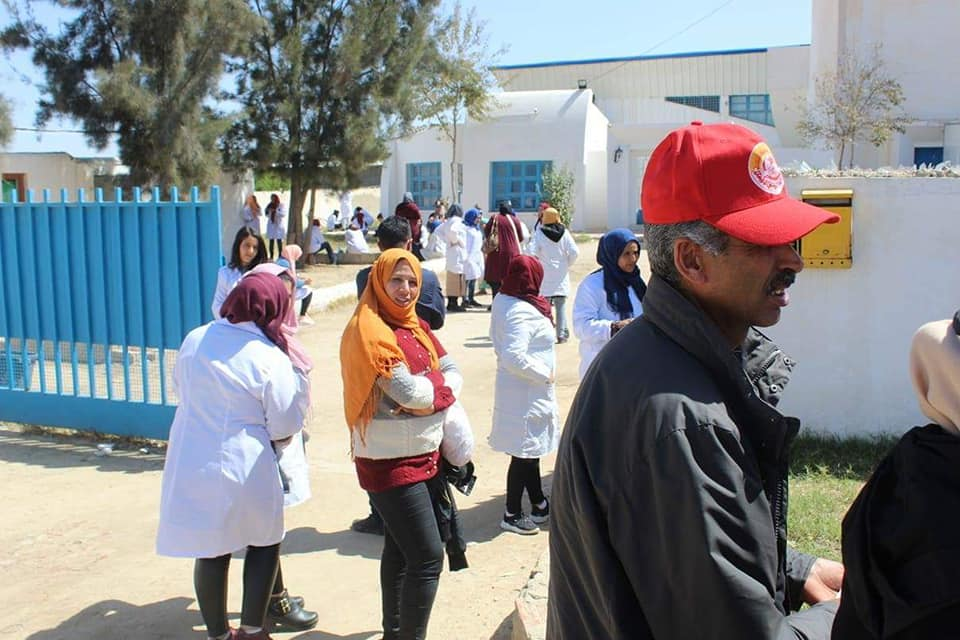 The Tunisian General Labor Union (UGTT) is calling on employers and the government to join with it in addressing the severe challenges textile workers are facing during the COVID-19 crisis and negotiate an action plan to guide the struggling garment sector.

Some 160,000 workers, the vast majority of whom are women younger than age 35, work in Tunisia’s textile industry, which accounts for 34 percent of the country’s manufacturing sector. Following the country’s coronavirus lockdown, workers lost jobs and pay, in part because the industry experienced a 45.2 percent decline in textile exports in March from the previous year, according to the National Institute of Statistics in Tunisia. Many corporate brands also canceled “mid-season” orders.

But crucially, employers also took advantage of the COVID-19 crisis to cease or suspended paying workers’ social security benefits or family allowances, such as food tickets, under the pretext of force majeure, union leaders say. Employers coerced workers, especially new employees, into signing fixed-term contracts and giving up their status as permanent workers. Workers also say some employers blocked their efforts to form unions to gain fundamental rights on the job, closed union offices—prohibiting workers from meeting in the office even outside working hours—and removed posters and other legally placed union material from worksites. 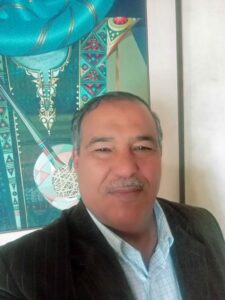 In April, the Tunisian General Labor Union (UGTT) and the Tunisian Federation for Industry and Trade entered into a landmark agreement on workers’ wages, including textile workers’ wages. The government agreed to contribute $73 per worker, with the remaining salary paid by employer. Employers also agreed to register unregistered workers with the National Social Security Fund within a month after the agreement to ensure they are eligible for social benefits.

Although the lockdown ended June 27 and many factories resumed nearly full production, union leaders say worker rights’ violations persist, with factories not following government regulations to slow the spread of the novel coronavirus.

In calling for discussions with employers and the government, UGTT is seeking to: 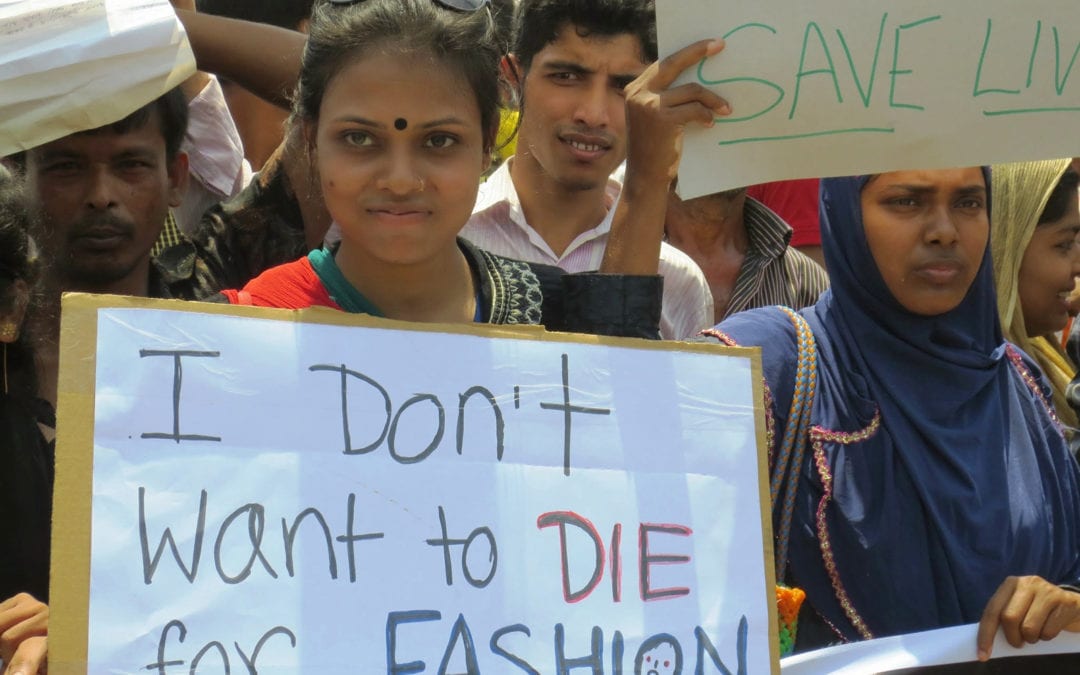 Building a Just Recovery: Workers’ Views on the Post-pandemic Economy

Registration is required. A Zoom meeting link will be emailed to event registrants one week before the event.