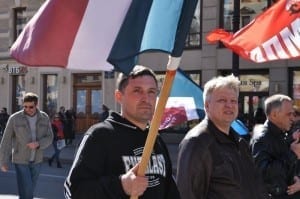 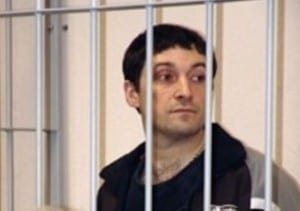 This is an excerpt from the Global Labour Column by Anna Wolañska, international secretary of NSZZ “Solidarnoœæ” and a member of the governing Body of the International Labor Organization (ILO).

Like Russian politics, labor relations in Russia are rife with contradictions.

On the one hand, [Russian President] Vladimir Putin addressed the International Labor Conference in 2011 and marched with the trade unions in a 2012 May Day demonstration, portraying himself as a supporter of progressive labor legislation and the notion of social partnership. Russia has an established system of tripartism: no social issue can be decided on without being discussed by the country’s permanent tripartite commission….

On the other hand…the International Labor Organization (ILO) Committee on Freedom of Association issued its report on a complaint from Russian and international trade unions. The complaint, filed with the ILO in 2011, is brimming with facts that paint a picture at odds with the official one: constantly increasing pressure on trade union activists, harassment and persecution, threats of physical violence, repressive rulings against trade union organizers by local courts, and a ban on distributing trade union leaflets and educational materials for workers. This is all happening in parallel with the destruction of the social welfare system in a country where wages are shamefully low for a developed European nation.

The complaint submitted to the ILO describes, among other cases, the story of independent trade union activist Valentin Urusov (born 1974). Trade unionists in Russia and around the world have been campaigning for his release for several years. His story is not only an example of determination and sacrifice, but also a vivid illustration of the true relations between capital and labor in today’s Russia, where the largest employers are colluding with corrupt government officials to purposefully and methodically destroy the seeds of the new trade union movement, while Kremlin officials speak about social partnership.

Continue reading the full article from the Global Labour Column by Anna Wolañska.