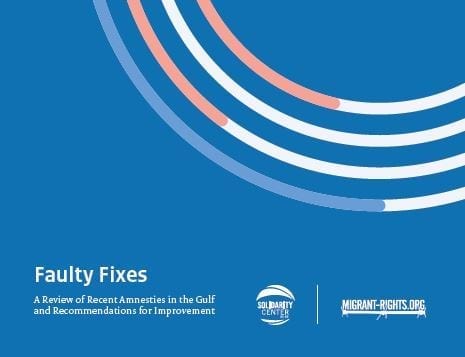 In Mombasa, Kenya, a labor broker offered Frank Wetindi a job in Dubai as a driver. Wetindi went into debt to pay the broker, but was given a job unloading planes in brutal heat, for a salary far less than he was promised.

Living with eight men crammed in one room, Wetinidi says the experience overall “was not good.” When he became sick and went to the hospital, the employer deducted the cost from his salary, leaving him with nothing in his account. He says he was denied “freedom of workshop, freedom of movement and freedom of communication.”

Labor agencies “lie to [migrant workers about] the job they are going to do, the good salaries and all that. On arrival, you find something else,” he says.