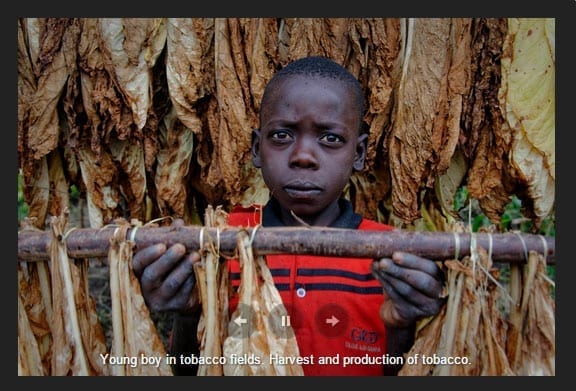 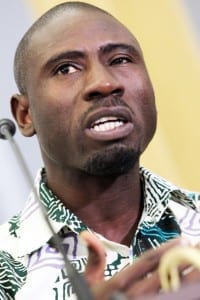 Reducing and eliminating child labor requires a focus on decent work for adults, said Solidarity Center Executive Director Shawna Bader-Blau, speaking yesterday on Capitol Hill. Such an approach, she said, must build the capacity of vulnerable workers to negotiate the terms of their employment and to advocate for local and national policies that address the economic welfare of entire communities.

Bader-Blau joined a panel of experts in a congressional briefing, “Combating Exploitative Child Labor,” sponsored by the Alliance to End Slavery & Trafficking (ATEST), a coalition spearheaded by the nonprofit Humanity United, and the Child Labor Coalition—both of which include the Solidarity Center. (Watch a video of the full event.)

More than 168 million children around the world are engaged in child labor. David Abramowitz, vice president for Policy and Government Relations at Humanity United and a participant in the discussion, defined child labor as work that is mentally, physically, socially or morally dangerous and which interferes with children’s education. In the most extreme forms, children are enslaved, separated from their families or exposed to serious hazards and illnesses.

Another participant in the event, James Kofi Annan, was enslaved as a child laborer in Ghana, where he was forced to work as a fisherman on Lake Volta in the coastal town of Winneba.

“I know what it means to go through torture,” said Annan, who went on to become an advocate to end child labor. Annan founded Challenging Heights, where 800 former child laborers now attend school in the Winneba community. He also operates a shelter for 50 children rescued from the worst forms of child labor.

Annan introduced Sen. Tom Harkin, a long-time champion of ending child labor, who pushed for the International Labor Organization (ILO) standard on eliminating the worst forms of child labor (Convention 182) and sponsored the Harkin-Engel Protocol, which addresses child labor in the cocoa industry. Harkin also spearheaded the creation of the Labor Department’s annual report on the List of Goods Made with Forced Labor or Child Labor.

“It’s not just enough to get these kids out of the worst forms of child labor. We have to build schools, we have to hire teachers,” Harkin said. Although he is retiring from the Senate this year, Harkin, who has traveled to Ghana several times to investigate child labor, said he would continue to be involved in the issue.

Getting children out of work and into school is the outcome of a path-breaking collective bargaining agreement workers reached at the Firestone plantation in Liberia, said Bader-Blau. After forming a union, the workers, with assistance from the Solidarity Center, negotiated a reduction in the high daily production quota of latex. Parents had been forced to bring their children to work to meet the high quotas. The new union, FAWUL, negotiated lower daily quotas so adult workers could meet them, and achieved free accessible education for the workers’ children.