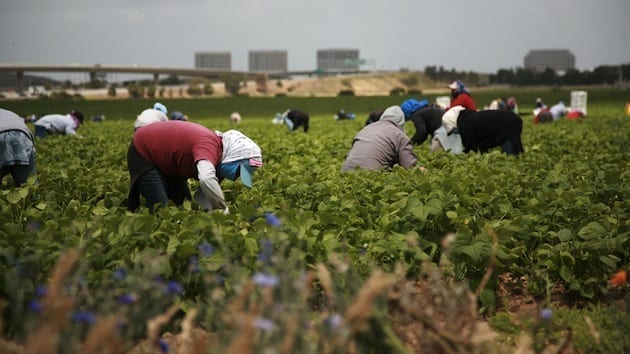 Women–and the work they do—are central to productivity and economic growth, to breaking the cycle of poverty and to ensuing more inclusive and just societies. Yet too often they face unnecessary barriers and terrible choices when it comes to work. Far from being economically empowered, millions of women around the world, including here Peru, find themselves vulnerable to abuse, exploitation, below-poverty wages and unsafe working conditions. The legal environment either enables their condition or fails to protect them.

More than 200,000 women work in the Peruvian agriculture sector planting harvesting and processing fruits and vegetables—asparagus, avocados and red peppers—that grace American dinner tables.  Many are young mothers and migrants from the Peruvian sierra. Vulnerable, uneducated and far from their family, the women work long hours (for which they may or may not be paid) in fields and packing houses where sexual harassment is the norm. They sleep in crowded, improvised housing. And on the work site, they and their children are exposed to toxic fertilizers and pesticides.

Peru’s Agriculture Promotion law, which regulates workers rights in this sector, includes legally mandated employer benefits within the minimum wage, and allows employers to hire workers on short-term contracts that can be renewed as the market need requires.

Additionally, it allows for a cumulative work week, which means that overtime pay is often not paid. The result? A generation of women who are employed in precarious conditions, unable to earn sufficient money to educate themselves or their children.

Peru’s apparel industry, one of the lowest paying sectors in the country, has a majority female workforce. The work is difficult and unstable. Like their sisters in the agriculture sector, workers are hired under short-term contracts, which deny benefits and a reliable income, and guarantee that complaints are rewarded with firing.

However, thanks to U.S.-Peruvian cooperation, some of this country’s most at-risk working women are finding their voice. They are advocating at the workplace for enforcement of labor laws and fair wages. They are fighting for respect and dignity, for economic inclusion and for a fair shot at ensuring that the next generation of workers will be better off than their parents.

USAID and worker-support NGOs like the Solidarity Center have helped Peruvian farmworkers form a new federation of farmworker unions, FENTAGRO, which is working to strengthen labor provisions—currently allowing below-average wages—in the Agricultural Promotion Law.  Together with two textile and apparel federations, the FTTP and the FNTTP, Peruvian garment workers are learning their rights and working together with brands, consumer advocacy groups and other public sector stakeholders to improve laws that permit unfair contracting practices.

In Peru as in the rest of the world, the inclusion of women in a country’s economic present and future is vital. This can only occur if their work is valued and fairly compensated and if their rights are respected.