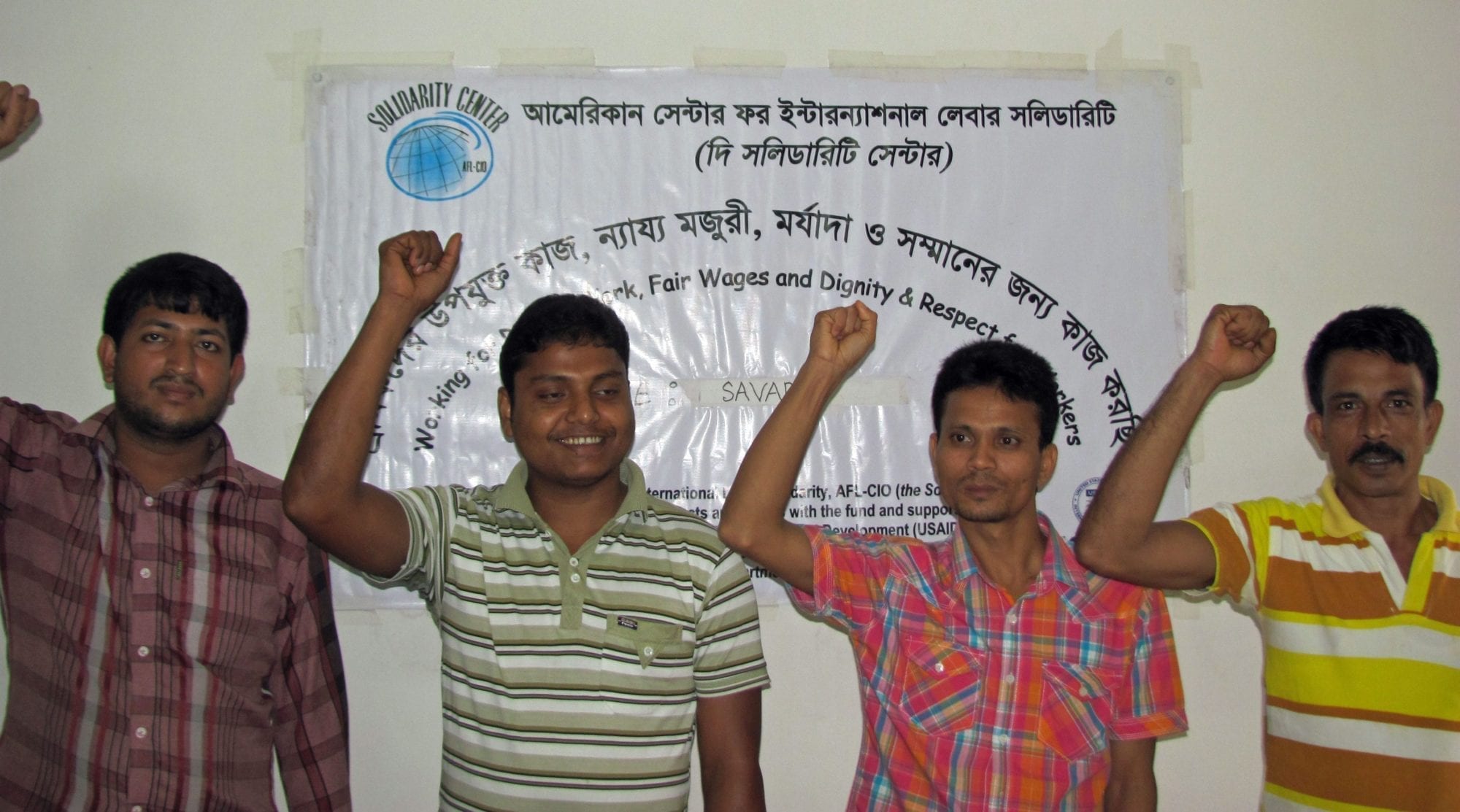 Garment workers and workers in other industries in Bangladesh’s export-processing zones are subject to a different, much weaker set of labor laws than workers in the rest of the country, and the government must take steps to reform laws so they meet international standards for freedom of association and collective bargaining rights, said A. K. M. Nasim, senior legal counselor at the Solidarity Center’s office in Dhaka, the Bangladesh capital. Further, “if we have any half-hearted reform in the legislation, it will mean that the workers will have to continue their struggle for a period of at least a generation to achieve these fundamental rights.”

Speaking at a recent forum in Washington, D.C., Nasim gave an overview of the current labor rights environment for Bangladeshis and provided key recommendations for improving their wages and working conditions.

Some 377,600 workers, the vast majority women, work in eight export-processing zones (EPZs) throughout the country.

Bangladesh derives 20 percent of its income from exports created in the EPZs, which are industrial areas that offer special incentives to foreign investors like low taxes, lax environmental regulations and low labor costs.

Nasim discussed the decision last June by the U.S. government to suspend Bangladesh’s trade benefits based on the country’s chronic and severe labor rights violations. The United States suspended its Generalized System of Preferences (GSP) agreement with Bangladesh after 112 workers were killed in a 2012 fire at the Tazreen garment factory, and more than 1,100 died last April when the Rana Plaza building collapsed. Since the GSP suspension, the Bangladesh government has allowed some 100 unions to register, in contrast with the few unions recognized prior to last year.

The Rana Plaza disaster also led to the Accord on Fire and Building Safety in Bangladesh, a five-year binding agreement between international labor organizations, non-governmental organizations (NGOs) and retailers in the textile industry to maintain minimum safety standards. The tragedies also have generated an increase in NGO involvement, and Nasim urged the NGOs working to improve workplace safety and health to support workers in forming and running unions, and making sure they are sustainable in the long run.

Also speaking at the forum, Solidarity Center Asia Regional Director Tim Ryan showed how the economic and political intersect in the Bangladesh context as described by Nasim.

“Bangladesh is a crucible for the intersection of globalization, the government’s economic policies, how these impact on the development of a democratic culture in civil society, and equitable and just economic growth that benefits workers and their families,” Ryan said. “A voice for workers in this process is absolutely crucial for growing democracy and democratic organizations in Bangladesh.”

The forum, “Strengthening Democratic Practices in Bangladesh: Empowering Workers in Export Processing Zones,” was sponsored by the National Endowment for Democracy and included Zerxes Spencer from the International Forum for Democratic Studies as moderator.