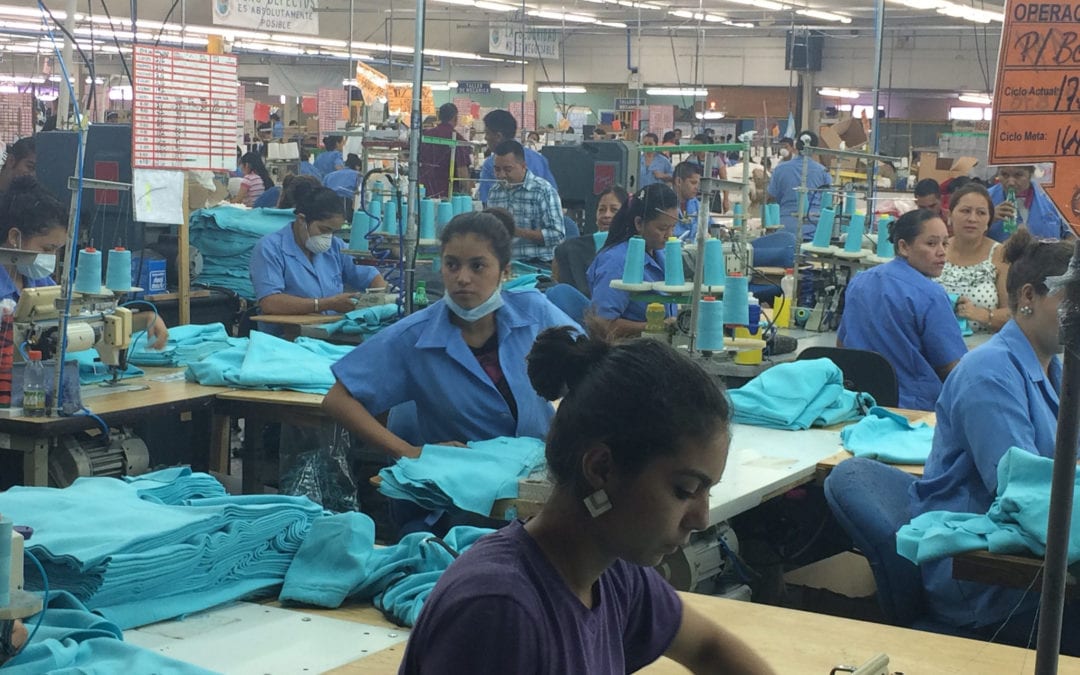 “Workers experience tangible and intangible benefits from having collective bargaining agreements,” Anner said. He quoted some workers as saying, “We are listened to now” and “Management shows us respect as workers.”

Bader-Blau emphasized that the report shows the importance of worker-driven research, as suggested by the Solidary Center.  “Unions lead and show outcomes to the rest of the world through the power of their own stories,” she said.

Union leaders like Eva Argueta, a leader in organizing tens of thousands of garment workers in Honduras, led the process of connecting with workers to help them share their work experiences.

Speaking on the panel, Argueta, representative for the General Workers Central (CGT, Honduras) and Maquila Organizing Project coordinator, described the process. “The person responding is much more likely to trust someone that they know who is doing the survey,” she said. “It can be a delicate thing because of the fear the boss might find out.”

Worker-leaders interviewed a total of 387 workers with and without collective bargaining agreements.

As Sabillón shared in her remarks, “Collective bargaining agreements allow for real progress in both labor and human rights. CBAs today go beyond economic clauses. Unions are winning clauses on gender equality, combating gender-based violence and harassment in the world of work and respecting the dignity of each person. These CBAs are validating a broader rights-based approach.”