Unions are a fundamental element of a free and democratic society, and freedom of association—workers’ right to form and join unions and pursue their interests collectively—is the foundation for worker rights. The Solidarity Center trains union organizers, shares information with union activists and provides support for unions all over the world. 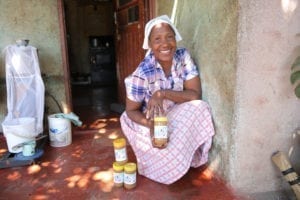 The Solidarity Center works around the world with unions and other allies to empower workers to collectively achieve decent work—and here are some of their stories. See more

Freedom of association is the underpinning of a democratic society. The right to form unions is a powerful tool for workers seeking to achieve economic and social justice. A union is an organization of working people who stand together and speak with one voice to improve their overall lives. Unions seek to win respect, wages and benefits and improve overall conditions that impact workers’ ability to do their jobs. Unions are built through the active participation of members, and encourage political participation at both the grassroots and national levels.

The importance of unions extends beyond the workplace—workers who are economically secure are better able to contribute to their communities, and the issues unions address at the workplace often are closely connected with overall societal and community concerns. However, in many countries, governments and multinational companies routinely deny workers their legal right to form free unions.

Anti-union tactics include dissolving unions, denying unions legal recognition, seizing union property, violently repressing strikes and marches and imposing legal restrictions that threaten to legislate many unions out of existence. Year after year, union activists are fired, arrested, attacked and even murdered for exercising their legal right to a voice in the larger society through freedom of association.

Unions give workers a voice on the job and in their communities and promote a higher level of economic equality in societies. Without unions, working people have little or no recourse when their rights are violated. Without collective bargaining, they have few or no options to improve their wages and workplace conditions. Democratic societies allocate space for the voice of working people to be heard.

In cooperation with our union allies, the Solidarity Center develops comprehensive worker education programs that meet the challenges of today’s global economy. We support organizing campaigns, educate workers about their legal right to form a union and promote strong labor laws.