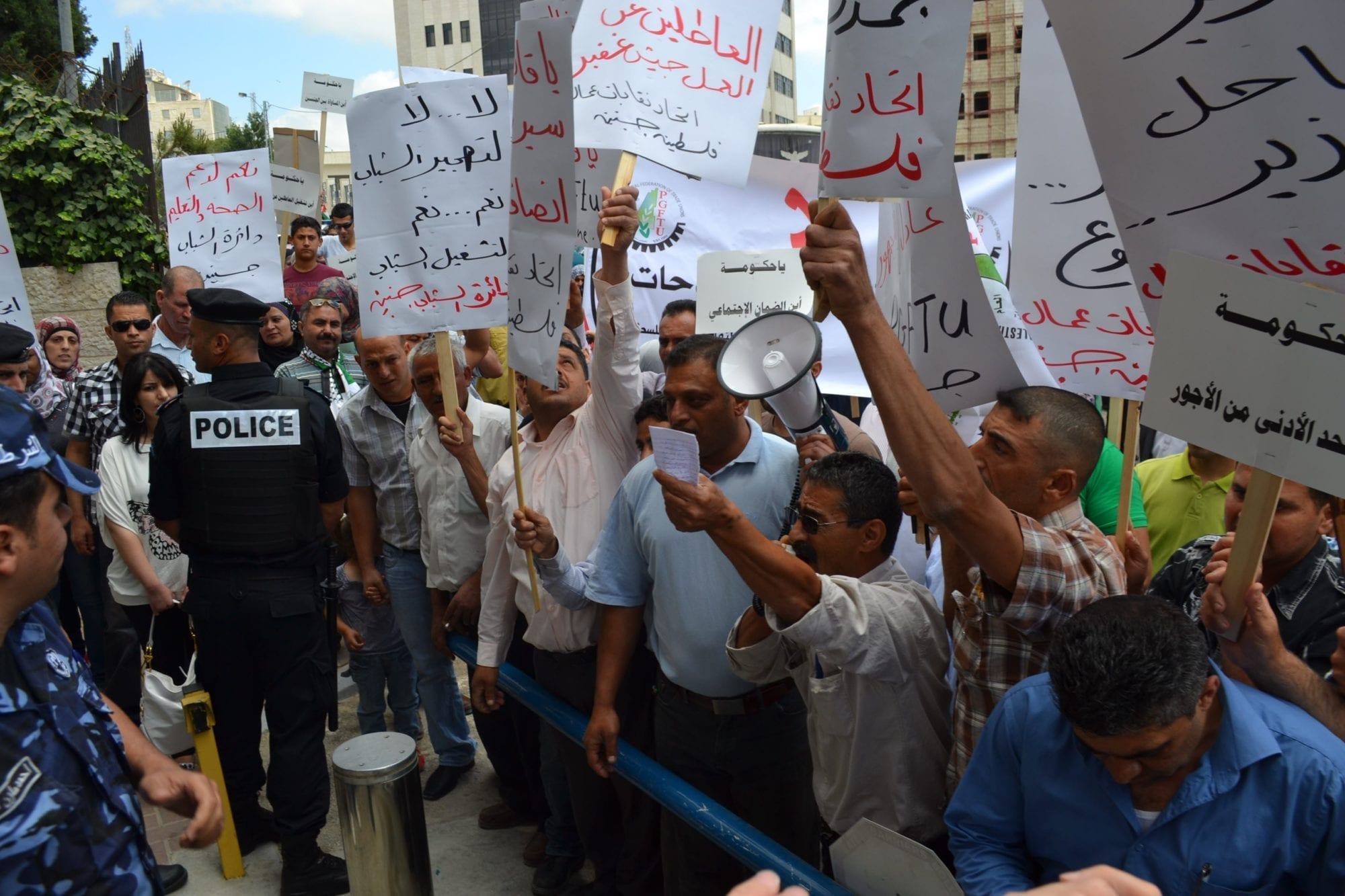 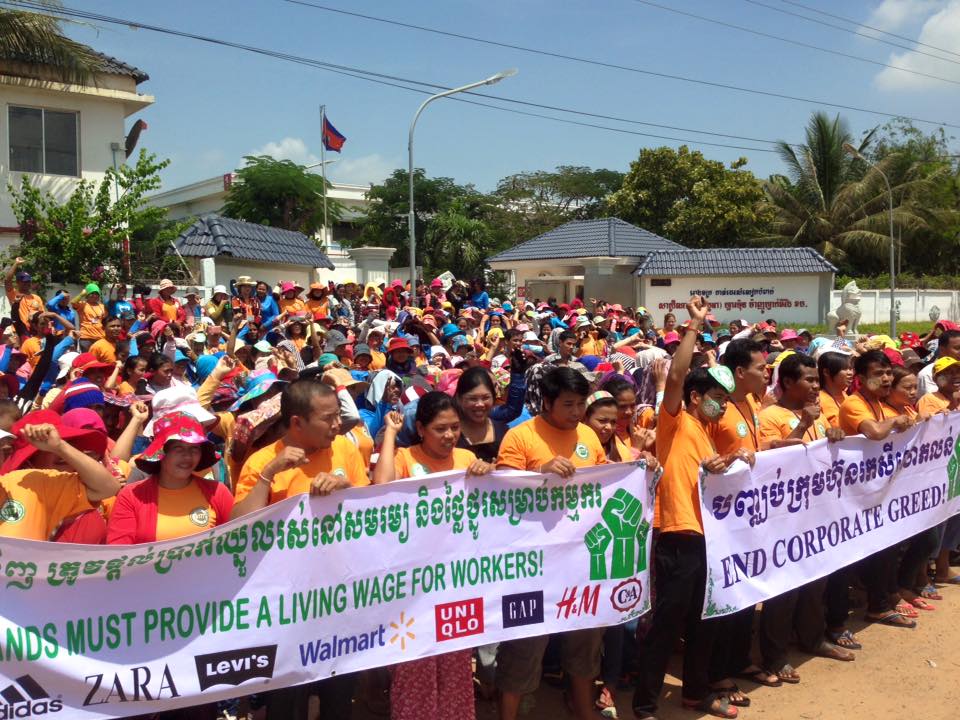 Some 21,000 garment workers from six unions at more than 60 factories across Cambodia dedicated their 30-minute lunch breaks to rallies calling for a higher minimum wage. The monthly minimum wage for garment and footwear workers is $128. Last year, Cambodia’s garment exports totaled $5.7 billion.

A recent study of garment workers and their expenditures, conducted by labor rights groups, including the Solidarity Center, indicates that the workers currently earn far less than they need to cover expenses. 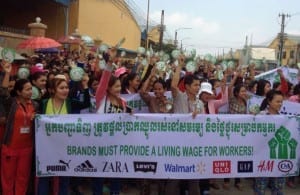 A working group of union representatives, employers and government officials has been meeting to determine a new 2016 minimum wage and are nearing a recommendation. The Coalition of Cambodian Apparel Workers Democratic Union (CCADWU) and other unions not affiliated with the government said that they will boycott the process if the recommendation does meet workers’ needs.

Over the past two years, tens of thousands of garment workers have taken to the streets in a series of strikes for minimum wage increases. In January 2014, Cambodian security forces shot into crowds of striking workers, killing at least five, injuring more than 60 and resulting in the arrests and dismissals of dozens of workers and union leaders.

Unions that took part in the Decent Work Day actions include the CCADWU, the Cambodian Alliance of Trade Unions, the Collective Union of Movement of Workers, the National Independent Federation of Textile Unions in Cambodia and Worker Freedom Union Federation.

The actions in Cambodia are part of worldwide activities around the world, with the International Trade Union Confederation reporting events in 33 countries at its World Day for Decent Work site. 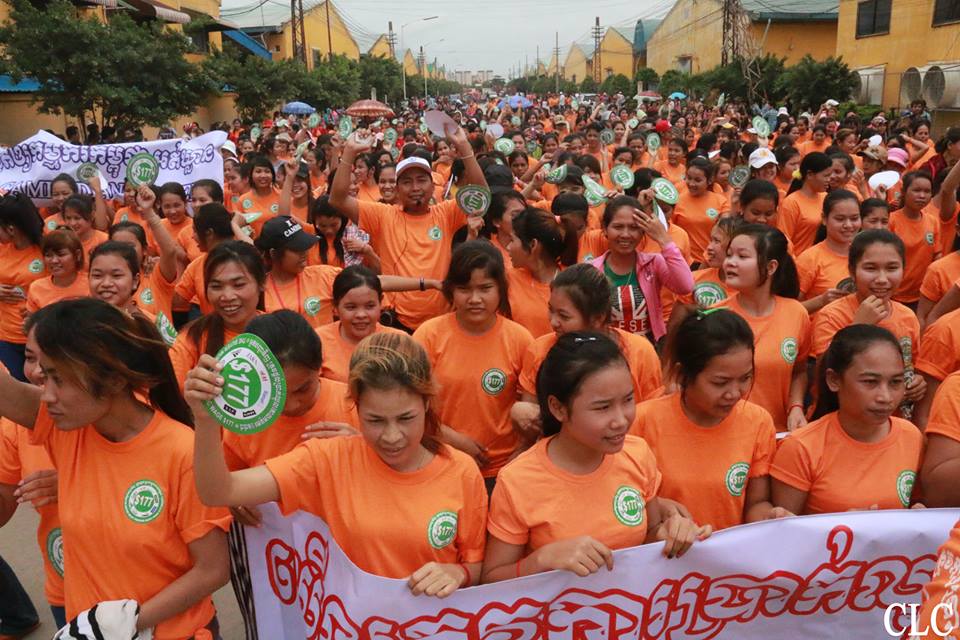 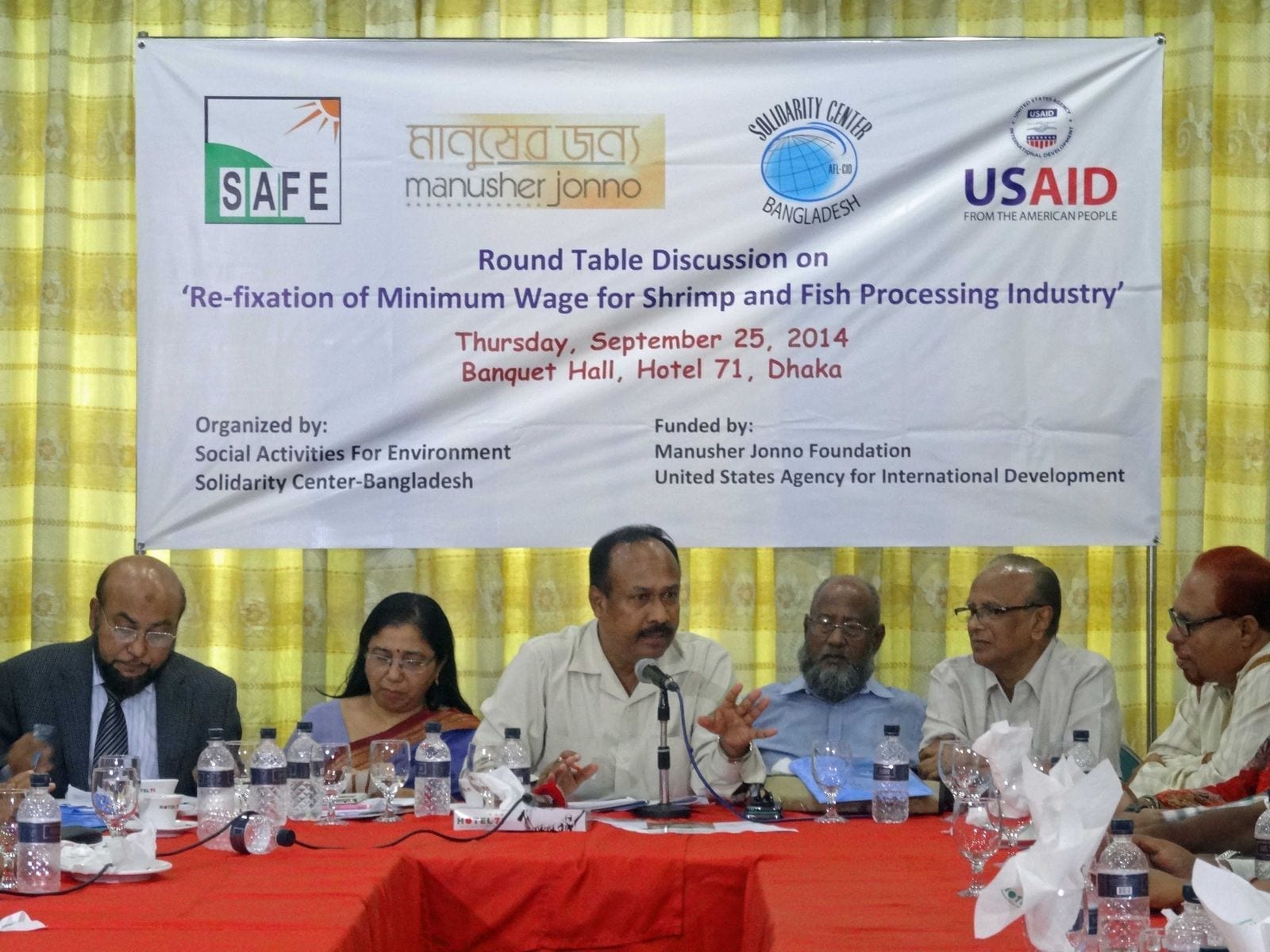 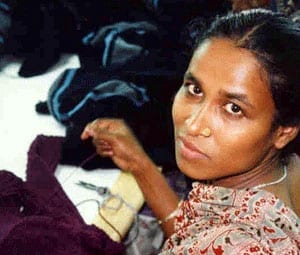 Garment workers at Chunji Knit Ltd., in Dhaka, Bangladesh, can now freely organize a union, and workers fired for union activity will be reinstated, according to a memorandum of understanding signed by Chunji management and the Bangladesh Federation of Workers Solidarity (BFWS).

The August 21 agreement follows a months-long struggle by workers to be paid the legal minimum wage and freely form a union. Workers protested in February after Chunji did not raise their wages in accordance with the country’s new $67 a month minimum wage for garment workers.

That same month, several union organizers and garment workers were physically attacked and beaten when talking with workers about forming a union. Two workers were hospitalized and some union supporters left the area for their personal safety.

The Wall Street Journal at the time quoted Shahnaz Begum, 25, a four-year Chunji factory worker, who said that factory managers had warned workers not to join the union before the incident in February.