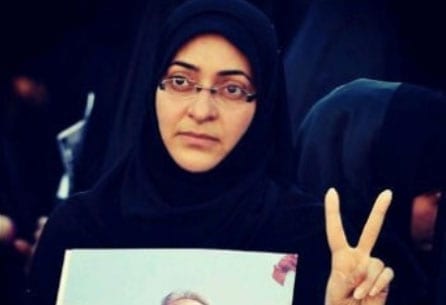 Jalila Al-Salman, acting president of the Bahraini Teachers’ Association, was released from prison Nov. 25, according to Education International (EI). Jalila, who was jailed in March 2011, was serving a three-year term for exercising her right to freedom of assembly and for demanding reforms in Bahrain’s educational system. Education International and LabourStart spearheaded a global petition campaign urging Bahrain’s government to release both teachers, sparking international outrage that aided in Al-Salman’s release.

Her colleague, Mahdi Abu Dheeb, president of the Bahraini Teachers’ Association, is still incarcerated.  A military court sentenced Al-Salman and Dheeb in September 2011 and the verdict was upheld by the Manama Court in October.

The global union and human rights movement has repeatedly called on the government of Bahrain to halt its attacks on workers. The International Labor Organization (ILO) has voiced grave concern over the Bahraini government’s failure to honor its commitments to the ILO.

Read the full story from the Education International.