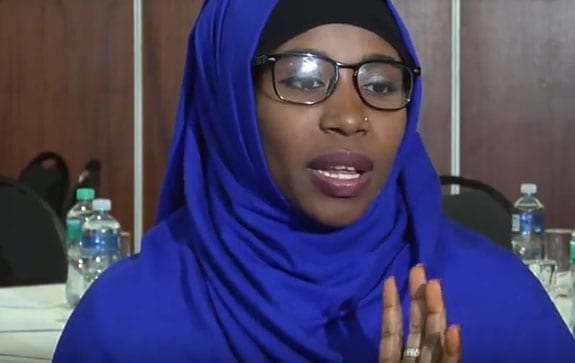 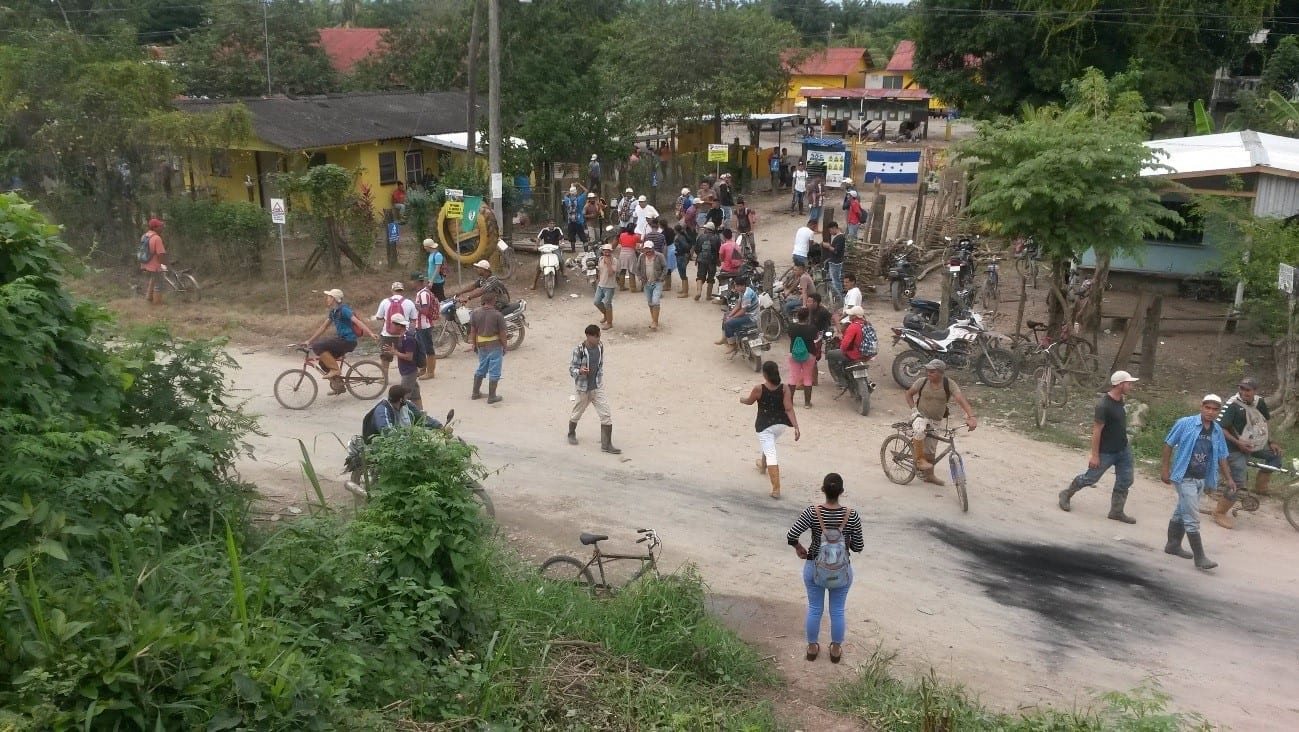 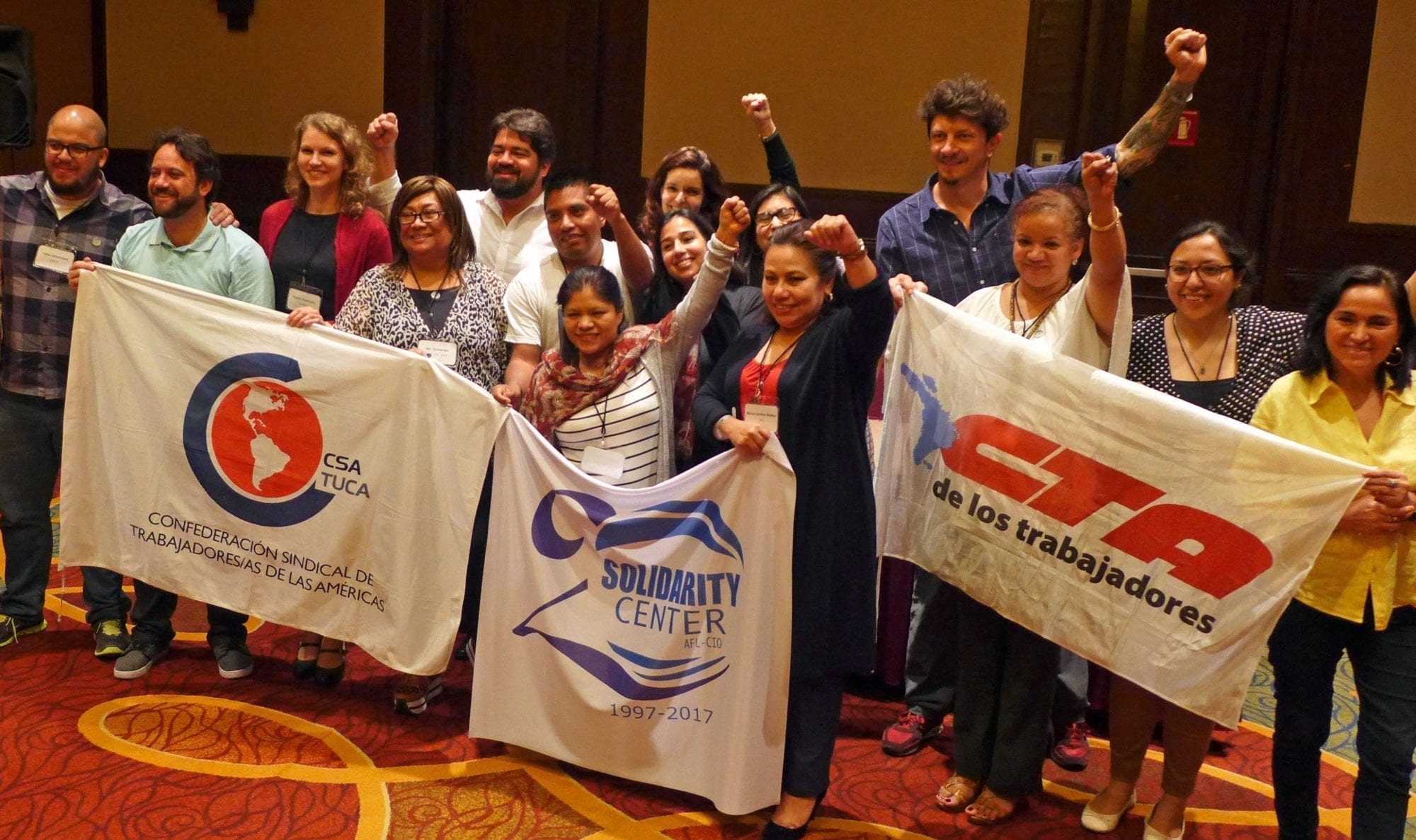 Protecting the rights of migrant workers must be an essential component of the United Nations Global Compact on Safe, Regular and Orderly Migration, according to union leaders who met recently in Puerto Vallarta, Mexico, to craft a worker rights agenda for inclusion in the global compact, the first inter-governmentally negotiated agreement to comprehensively cover all dimensions of international migration.

The December 1–2 meeting preceded a UN gathering to assess recommendations and discuss implementation of the global compact on migration. The 17 union leaders from across the Americas crafted a shared policy agenda and outlined plans to advocate within national and regional government bodies.

“It cannot be overstated how important the content of the compact will be in terms of creating policies that will affect economic inclusion,” says Neha Misra, Solidarity Center senior specialist for migration and trafficking. “This work will set the agenda for global action on migration and the role of displaced workers for at least the next decade. It is crucial that migrant workers, and the unions and worker centers that represent them, have a voice in the global compact negotiations process.” 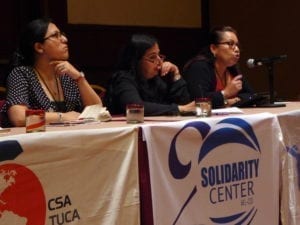 In a panel presentation sharing labor’s joint position with UN participants, María del Carmen Molina, general secretary of the Confederation of Salvadoran Workers (CSTS), stressed the importance of protecting all workers’ rights, regardless of immigration status, and the responsibility of governments to ensure conditions so migration is by choice, not compulsion.

Misra and Solidarity Center partners from the Central American Regional Union Committee on Migration (Comité Inter-Sindical), ProDESC and Centro de Derechos del Migrante in Mexico took part in the civil society meetings prior to the UN’s formal session, and presented their recommendations to the full UN meeting December 4–6.

Union leaders also emphasized the need to ensure accessible pathways to regularization to ensure full rights for the world’s 150 million are migrant workers, and end the global expansion of abusive and exploitative labor migration programs. They agreed to take the issue of migrant worker rights back to their respective labor bodies to continue to educate and advocate on the issue. 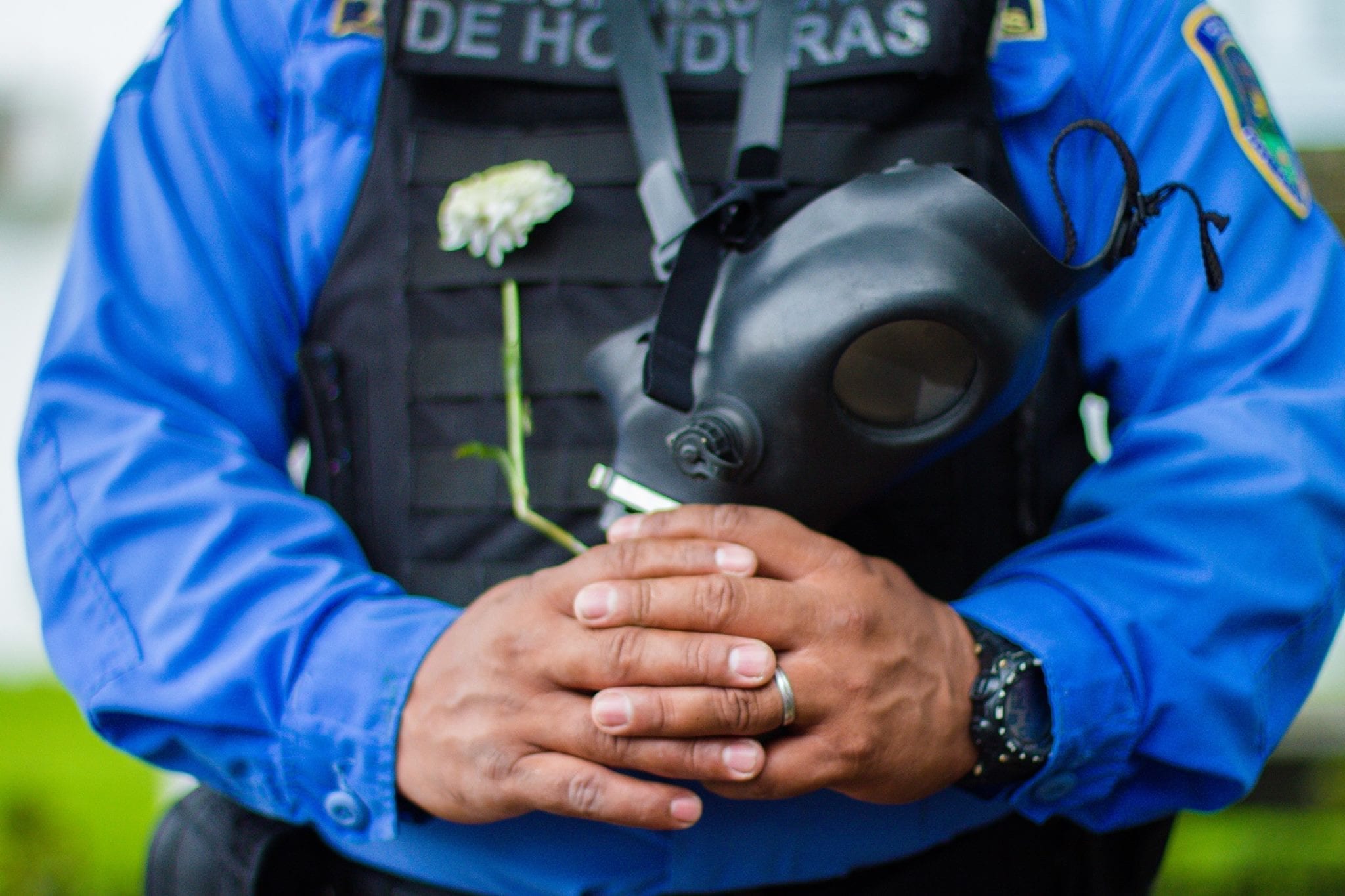 Honduras remains without a president nearly two weeks after elections marred by allegations of fraud, street protests and their violent repression, and Honduran labor unions and human rights groups are demanding transparency in the resolution of the crisis and respect for human rights.

“We demand unrestricted respect for the popular will expressed at the polls by the Honduran people on November 26 in a peaceful manner,” said three union federations—the United Confederation of Honduran Workers (CUTH), General Workers’ Confederation (CGT) and General confederation of Workers (CTH)—in a joint statement.

The Electoral Observation Mission of the Organization of American States (OAS) to the elections in Honduras has reported that the “lack of guarantees and transparency, as well as the accumulation of irregularities, mistakes and systemic problems that have surrounded this electoral process during the pre-electoral phase, election day, and the post-electoral phase, that as a corollary do not allow the Mission to have certainty about the results.”

The OAS has demanded that the government lift its curfew and conduct an exhaustive investigation into allegations of fraud. The government has since cancelled curfews in eight of 18 Honduran departments. The national police on Monday refused to enforce the nighttime curfew that day.

The Committee of the Relatives of the Detained and Disappeared in Honduras (COFADEH), a human rights defense group, has detailed 14 deaths (including children), 51 people injured and 844 arrests in what begin as peaceful protests. Thirty-eight protests around the country were violently quelled through tear and pepper gas, and conventional weapons.

The Electoral Commission has said it would recount more than 4,700 ballot boxes. Argentina, Chile, Colombia, Guatemala, Mexico, Paraguay and Peru said they supported a full recount of the vote.

In a statement issued today, the AFL-CIO also called for a complete recount that “must be observed by all political parties, civil-society organizations and international observers, such as the OAS and European Union missions that have raised reasonable questions about the November 26th election, subsequent vote-counting process and violent repression of peaceful assembly and expression. Failing such a recount, Honduras must conduct a new election, after taking effective measures to address the grave problems seen in the recent election.”

U.S. civil-society organizations have also issues a statement calling for transparency and for “Honduran authorities to refrain from any actions that would limit the ability of the Honduran people, journalists and social communicators, social movements and civil-society organizations to freely express their opinions and exercise their right to freedom of association and peaceful protest.”

On November 28, the State Department cleared the way for the Honduran government to receive U.S. foreign assistance, certifying that the country is fighting corruption and protecting human rights.