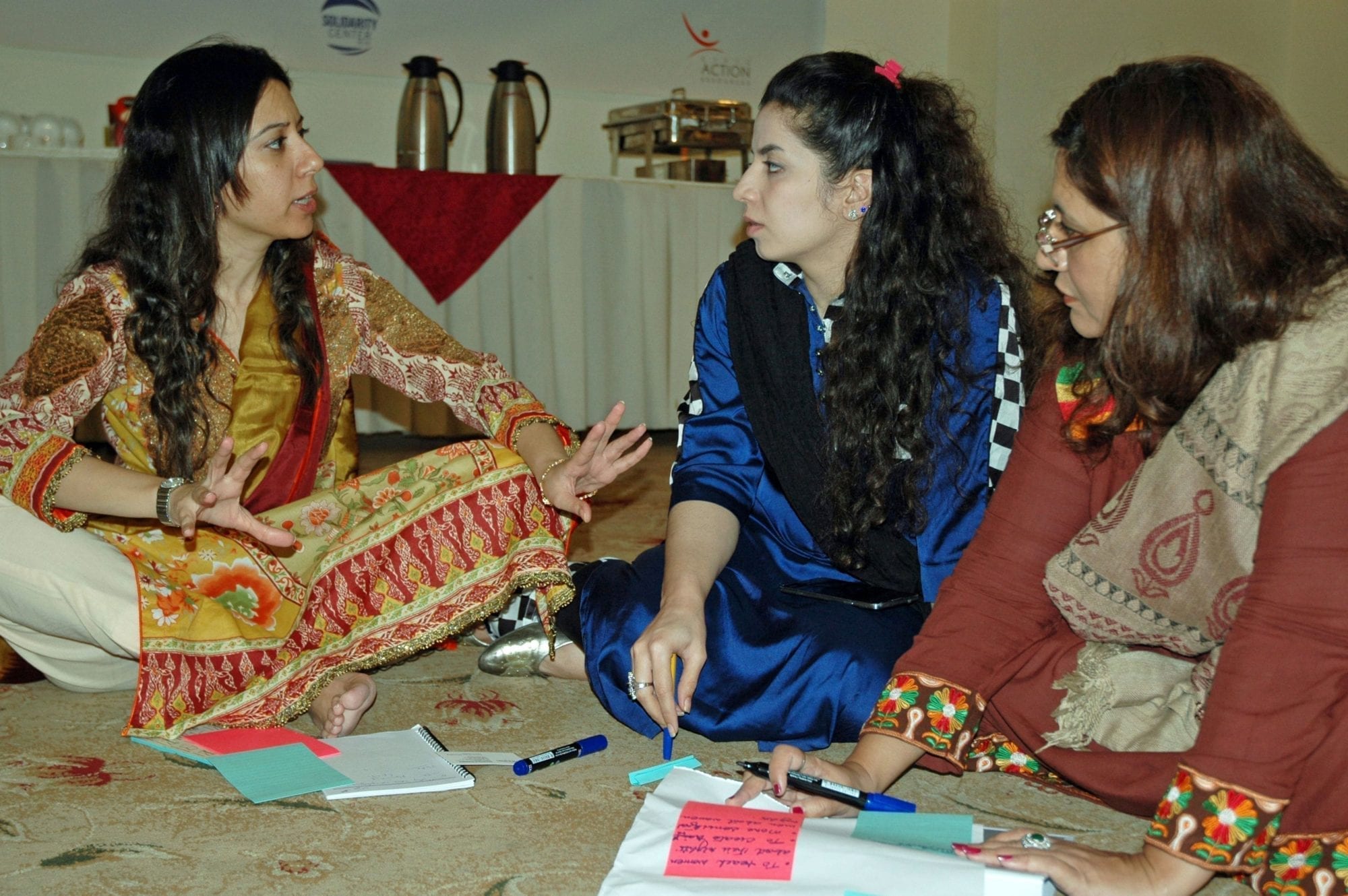 Dozens of journalists and media professionals have taken part in the Solidarity Center’s ongoing Gender Equity and Physical Safety training in Pakistan, identifying priority gender equality issues at their workplaces and in their unions, and outlining strategies for addressing the issues. Credit: Solidarity Center/Immad Ashraf

Between 2010-2016, membership in Pakistan unions with which the Solidarity Center engaged increased from 134,801 to 146,724, and through improved financial management, unions gained resources and bargaining power to initiate social services such as medical assistance for accidents, legal support and marriage grants,  and negotiate higher wages and improved benefits.

Key to these advances are Solidarity Center trainings enabling unions to maximize their resources. Improving financial stewardship strengthens the broader Pakistani labor movement and expands the range of unions’ options for achieving workers’ rights in Pakistan.

Some 88 unions participated in the training sessions, and subsequent reforms led to $400,000 in increased funding, a resource that will further expand. The additional resources have enabled unions in Pakistan to undertake a range of projects, including building a state of the art medical burn center in Peshawar to serve members who work at the Water and Power Development Authority in Khyber Pakhtunkhwa.

The burn center, which is in the planning stage, will also further enhance the union’s financial management by reducing health coverage costs the union incurs when injured workers seek care at distant hospitals. The union also aims to construct a research and residential training institute for workers in Peshawar with ongoing occupational safety and health training.

At the Capital Development Authority in Islamabad, additional financial resources enabled the employees’ union to wage a successful campaign to shift 5,400 contract staff to permanent positions. Most of the contracted-out workers had served the organization for years but their temporary status meant they did not receive the same wages and benefits as full-time employees. 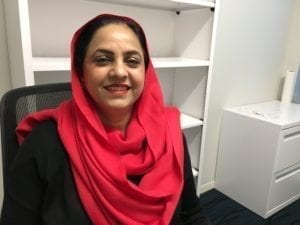 “The Solidarity Center feels proud and privileged to have had the opportunity to deeply engage with unions and built the institutional capacity of a few labor unions that, in turn, instituted dues reforms and benefitted their workers by enhanced and improved services at the plant level,” says Nighat Immad, Solidarity Center manager for Monitoring, Evaluation and Reporting in Pakistan.

“There is a need for resources to flow up the structures enabling respective labor federations to play their due role at national and international level,” she says.

Although 1.8 million workers belong to 945 trade unions in the country, according to an independent research conducted by a group of national and international researchers, those figures translate to roughly three percent of workers in Pakistan represented by unions. Half of the 61 million workers in Pakistan toil in the agricultural sector, and so are not covered by the country’s labor laws.

Recent changes in the country’s governance structure have devolved more legal authority to its provinces, and Pakistan’s unions, with support from the Solidarity Center and other labor organizations, have contributed to passage of the Federal Industrial Relations Act and other measures to improve working conditions.

In Pakistan, journalists often don’t see themselves as workers, and so do not  advocate for their rights, says Immad Ashraf, acting country program director for the Solidarity Center in Pakistan.  “Usually you only find blue-collar workers who recognize themselves as being the labor force, and that is exploited by the employers.”

Along with training and education awareness, Solidarity Center in Pakistan communicates with union members and the broader public through Labor Watch Pakistan, which covers such worker rights issues as child labor, minimum wages and gender discrimination through news stories, videos and sections on labor law and international labor standards.