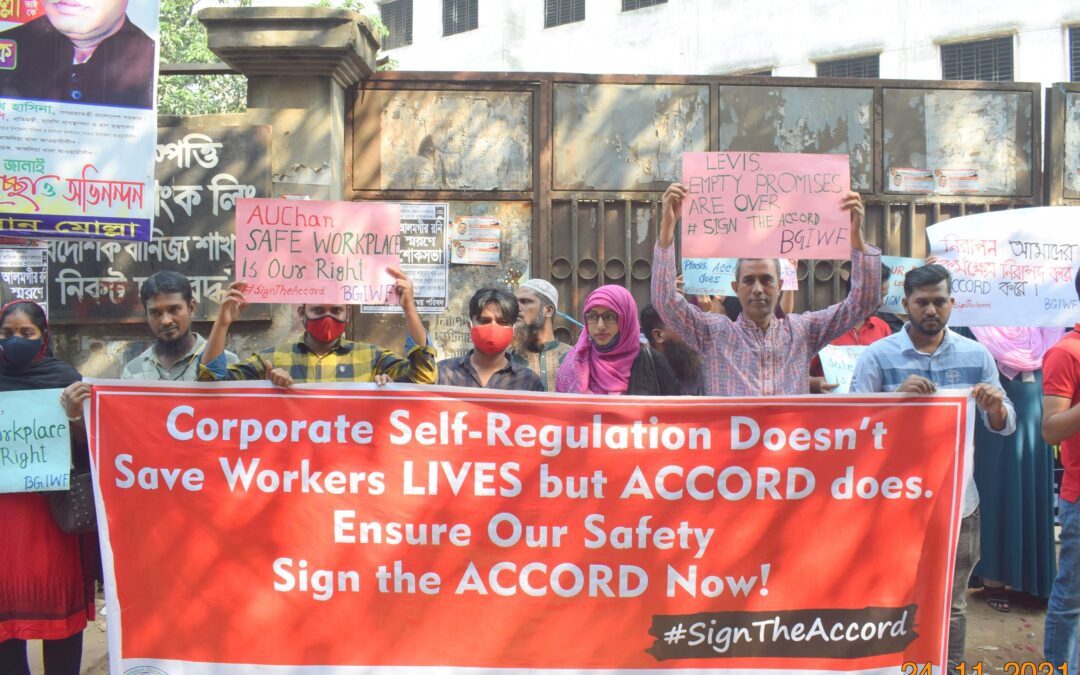 November 24 is a symbol of the fight for a decent and safe workplace for more than 4 million garment workers in Bangladesh. On that day nine years ago, Tazreen Fashion factory in Ashulia, on the outskirts of Dhaka, went ablaze taking the lives of 117 workers and injuring more than 200. Those who escaped still bear the marks of their pain, and many are unable to return to earning a normal livelihood.

“Factory gates must never be padlocked. This is an inhumane treatment of my workers. It was due to this kind of attitude that led to the demise of so many workers as they could not escape during the fire”, says Rashadul Alam Raju, general secretary of the Bangladesh Independent Garment Union Federation (BIGUF). In the ensuing investigation, investigators also found that the factory lacked adequate emergency exits and the fire safety certificate had expired.

To mark the ninth anniversary of the tragic fire, worker leaders gathered all around Bangladesh to ensure that this kind of incident never reoccurs. They demanded regular factory inspections to ensure safety, adequate compensation for the victims in line with International Labor Organization Convention 121, medical services for the injured, and Tazreen Fashion management to be brought to justice for their negligence toward workers’ safety.

Babul Aktar, general secretary of Bangladesh Garment and Industrial Workers Federation (BGIWF), says that “the development we see around us is due to the hard work of our garment workers who bring in the foreign currency that drives our industries, development projects and our economy. We can never be negligent about their safety and security at work. Our garment industry will prosper only if its workers are free from fear of losing their lives at work.”